Opinion: Top Ten Best Football Goals of the Decade. See who made the list.

Top Best goal requires skill, acrobats and some amazing touch. Football is an art with simple rules that allows players to do a variety of tricks, passes, Shot and Skills.

The Delight of watching a ball go pass the line is unexplainable as if one is experiencing the unfolding of a sublime masterpiece.

In a split second, millions of people jump out of their seats as their entire body shiver with excitement. Millions of Unique goals has been scored in this decade.

The Goals has been scored in various ways, through a skillful dribble past several defenders before scoring, an overheard kick, a powerful one touch volley, a special trick, back heel, flick, Rabona, a beautiful team goal involving many passes, a beautiful well taken free kick, a powerful long range shot e.t.c. Mario Balotelli Barwuah, born 12 August 1990, is an Italian professional footballer who plays as a striker for Serie A club Brescia and the Italy national team.

One of the best goals of the decade was for Balotelli who picked the ball up from over 35 yards out and hit a rocket into the top corner.

The shot was too powerful for Bologna goalkeeper Gianluca Curci to stop as he watched the ball go past him. 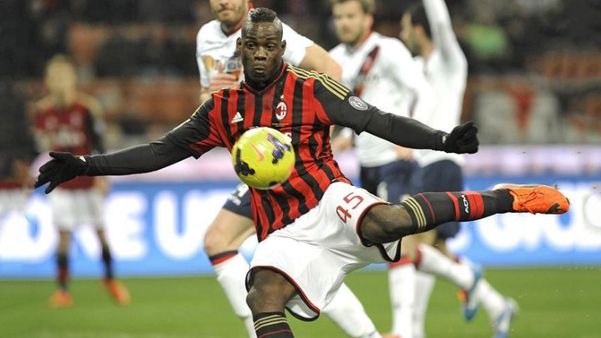 In a game that Tottenham had to win to keep the hope of qualifying for the Champions League, the brilliant volley from the left-back Danny Rose against north London rivals Arsenal changed everything. The goal came on Rose's debut for Spurs in 2010.

It took the 19-year-old left-back 10 minutes to rifle a thunderous volley and score the goal of the season in his league debut. As a result of the best goal of the decade, Tottenham won the North London Derby 2-1 that day.

Nine minutes in and Tottenham won a corner. The ball was swept in and punched clear by Manuel Almunia, only into the path of Rose. The left-back connectd sweetly with the dropping ball and launched a thunderous volley from 30-yards out that beat Almunia all-ends-up.

There was disbelief even from Tottenham manager Harry Redknapp. Rose was now in the history of this famous fixture.

Tottenham won 2-1 for their first league success against Arsenal since November 1999 and they finished in the Premier League’s top four. 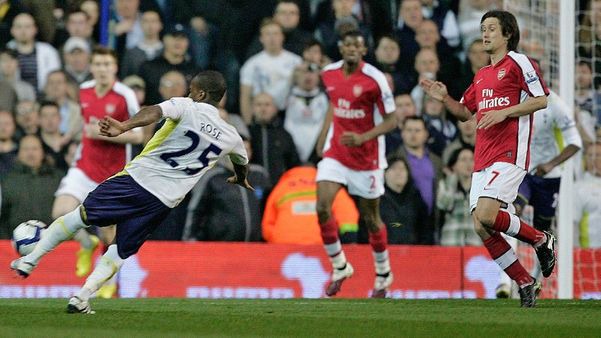 Arsenal went to the top of the Premier League with a comfortable 4-1 win over Norwich at Emirates Stadium.

Wilshere scored a stunning goal to give Arsenal the lead after 18 minutes. The Englishman started the move with his tenacity. But the culminating one-touch interplay with Santi Cazorla and Olivier Giroud was a sheer delight.

It was arguably the best goal of the decade to grace Emirates Stadium since it opened in August 2006. 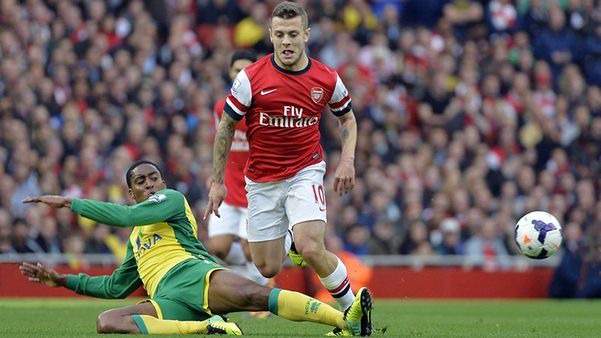 Papiss Cisse strikes stunned Chelsea and on 9 minutes, he gave his side the lead. If his first goal was good, his second one was among the best goals of the decade.

The game was into the 10 minutes of stoppage time for an injury to Cheick Tiote when a throw-in from the left was touched on to Cisse by Shola Ameobi.

Cisse caught Cech out with an outrageous curling attempt from the corner of the box that dipped and looped into the top corner to seal the points.

It is worth mentioning that Cisse's goal tally helped the talented Newcastle side finish fifth in the Premier League in 2012. 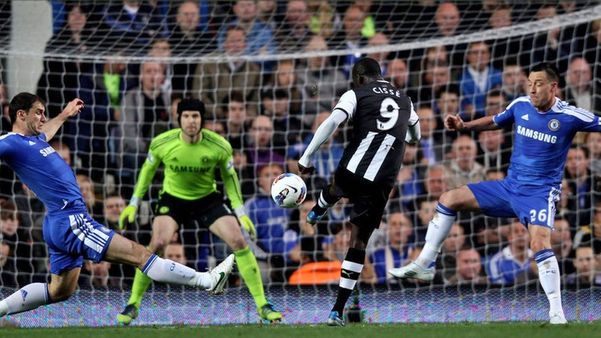 In 2018, Gareth Bale scored an overhead kick for Real Madrid against Liverpool which was called one of the best goals of the decade by many fans.

Entering the 2018 UEFA Champions League Final as a substitute in the 6th minute, the Welshman scored one of the most amazing UCL final goals by a bicycle kick and helped Real Madrid to a fourth Champions League triumph.

Bale delivered an incredible kick to leave Liverpool goalkeeper Loris Karius without a chance. He put Real Madrid up once more 2-1.

Many compared Bale’s goal to the one scored by his teammate Ronaldo earlier in that year's competition and Zidane's strike in 2002. 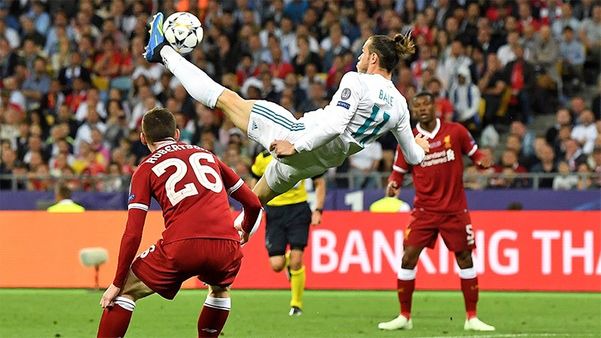 The Manchester derby contest was at Old Trafford on February 12, 2011. Rooney’s goal came in the 78th minute of the game, and was a spectacular overhead kick from the player, described as his best and most vital goal for Man United.

Rooney called the goal "the best I have ever scored." The goal was nominated as the best goal in the past 20 years of the Premier League. 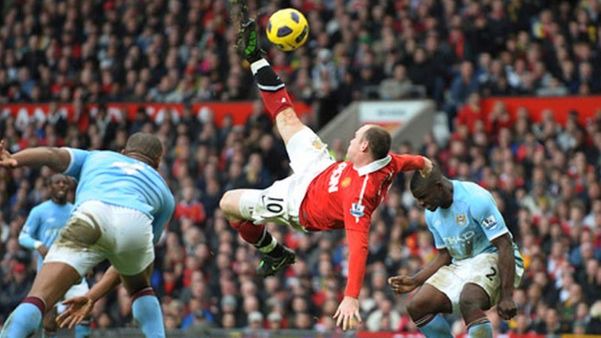 No one has ever scored a goal like Robin van Persie’s on a similar stage, the opening group phase match of the World Cup.

A diving header from van Persie fulfilled the archaic yearning of every human to fly, leaving the world champions in awe as they suffered a crushing 5-1 defeat.

Flying Dutchman was played just onside and flung his entire body in one dolphin-like motion at the ball, blasting it into the goal from inside the penalty box to begin the scoring for the Netherlands in the team’s 5-1 romp over Spain. 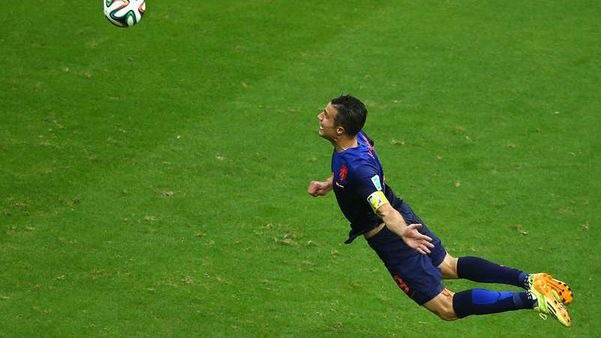 An unimaginable solo run and finish from Lionel Messi brought Los Blancos to their knees in the 212th El Clasico derby and paved the way for Barcelona’s 4th UCL title a month later at Wembley Stadium in London.

Messi has named his favorite ever game as a highlight from that very season: the 2-0 win at Real Madrid in the Champions League semifinals.

The Argentine genius scored a sensational goal after passing four Madrid players and sending the ball beyond Iker Casillas. 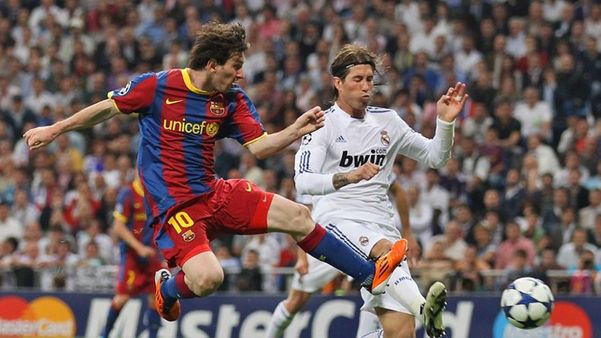 With only 12 minutes remaining of a friendly against Sweden in Stockholm, England were 2-1 up.

Then, ‘The Lion’ launched an absurd scissor-kick volley from 35 yards out to prove he can make “humans” remember even the everyday friendly matches of football.

Zlatan Ibrahimovic, who played for Paris Saint-Germain, scored three goals in the last 12 minutes, bringing his tally for the game to four after he opened the scoring.

It was a wondrous strike that combined magnificent technique with unerring accuracy, drawing applause from each and every spectator. 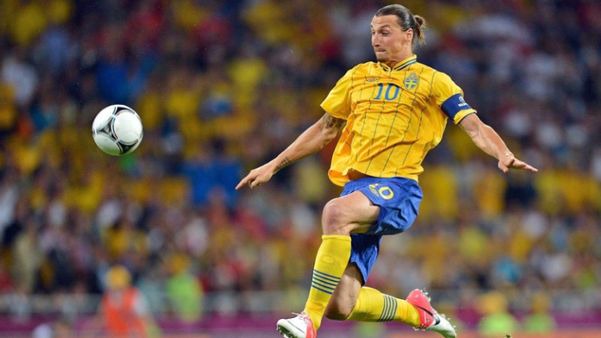 The swift overhead kick of Cristiano Ronaldo left Gianluigi Buffon, one of the greatest goalkeepers of all time, stunned and assisted Los Blancos on their way to win the UEFA Champions League for the 13th time.

In the 64th minute, going away from goal, Ronaldo leaped into the air to meet a cross from Daniel Carvajal and put enough power on the shot to leave Juventus goalkeeper helpless and to make it 2-0.

For a brief moment, there was stunned silence. It felt as if nobody could comprehend what they had witnessed. Then the applause broke out. It came from all sides of the stadium. The Juventus supporters rose to their feet to applaud the football genius and being a rival did not matter at the moment. 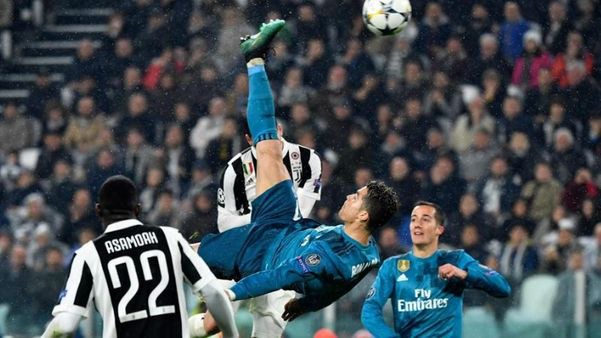