BREAKING NEWS: Maradona is rushed to a hospital in Argentina 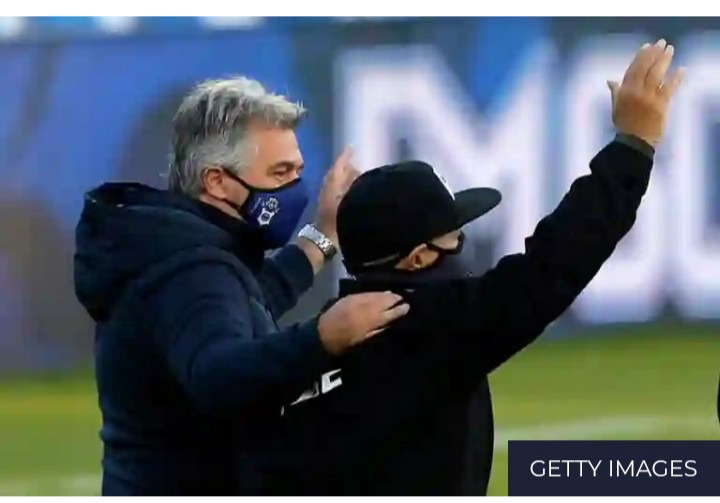 In shocking news from Argentina, Diego Maradona was rushed to the hospital with a serious problem throughout Monday evening.

Bad news for football fans around the world, Diego Armando Maradona has been rushed to the hospital in Argentina. Fortunately for everybody who loves the football genius, his problem isn’t reportedly Covid-related. Diario Ole confirmed he was taken to a local clinic in La Plata, Argentina.

The legend was accompanied by his personal doctor, Leopoldo Luque, who spoke to the media about the real issues that ‘Pelusa’ is facing. Ever since he appeared in public during the Argentine league’s match between Gimnasia and Patronato on his 60th birthday, it was evident he wasn’t well.

The images clearly showed a decayed Maradona who could barely stand on his two feet and slimmer than usual. Supporters on social media immediately started talking about several conspiracy theories and even mentioned the worse. However, Diario Ole revealed the whole truth about Maradona’s state.

Maradona has a depression problem.

According to Diario Ole, Diego Maradona was deeply affected by the lack of loved ones present during his birthday celebration. Dr. Leopoldo Luque spoke about getting serious with Maradona as soon as he noticed him with unusual low energy levels. Diego’s personal physician reportedly convinced the legend to attend the hospital in order to provide him with the appropriate medications to get him healthy again.

Luque told Ole the following statement: “He is in a concerning psychological state and that can also affect the body. Diego doesn’t have the best nutrition, that changes everything for you for the worst. This is the main reason he got himself checked in the hospital. I noticed him sadder than usual. Diego is a cyclical person: sometimes he’s okay and other times he’s not so well. I didn’t like the state in which I noticed him. Bringing him here will help him get better.”