By Justusben (self media writer) | 8 months ago

Following the outstanding performance of the Chelsea football team in the previous UEFA Champions League competition, the players were awarded individually at Stamford Bridge before the commencement of their new UEFA Champions league campaign this season.

Reece James happens to be one of those Chelsea's players who were awarded a medal, before the kick-off against Zenit Saint Petersburg.

The match was a tough one as the defending Champions of Europe, narrowly got a win, thanks to the header goal scored by Romelu Lukaku. The Belgium national player gave the blues a victory in order to retain the tittle this season.

However, Reece James has made known that a safe containing his Champions League winners medal was stolen whilst he was playing for his team on Tuesday night.

Goal.com can confirm that Reece James' property was stolen from him, during the match between Chelsea and Zenit Saint Petersburg on Tuesday night at Stamford Bridge. 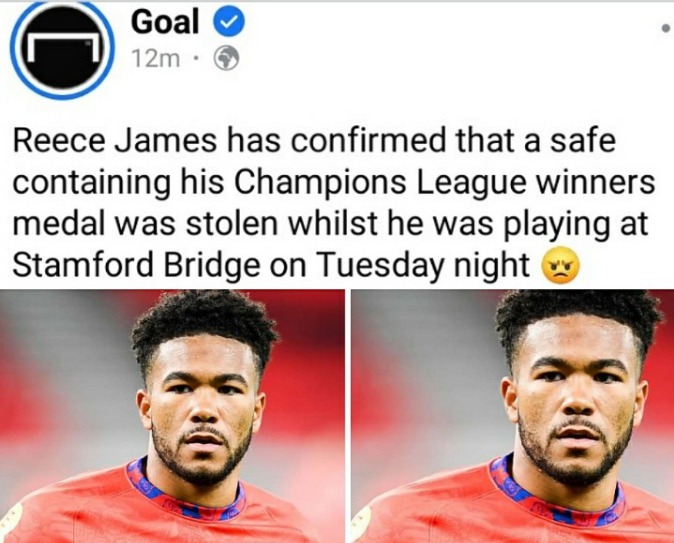 So who stole James' property? Could it be any of the match officials, the supporters, the security guards, his teammates, especially the ones on the bench, or the away team.

May be the cameras in the stadium should be able to review how James' property disappeared during the match between the blues and Russian team.