After Ronaldo And En-Nesyri Scored Two Goals Each, Here Is How UCL Top Scorers Table Looks Like

Sevilla run riots against Stade Rennes in France. They beat Rennes 3-1 to secure the second spot on the group table. It was En-Nyesri Brace that helped sevilla secure all three points. 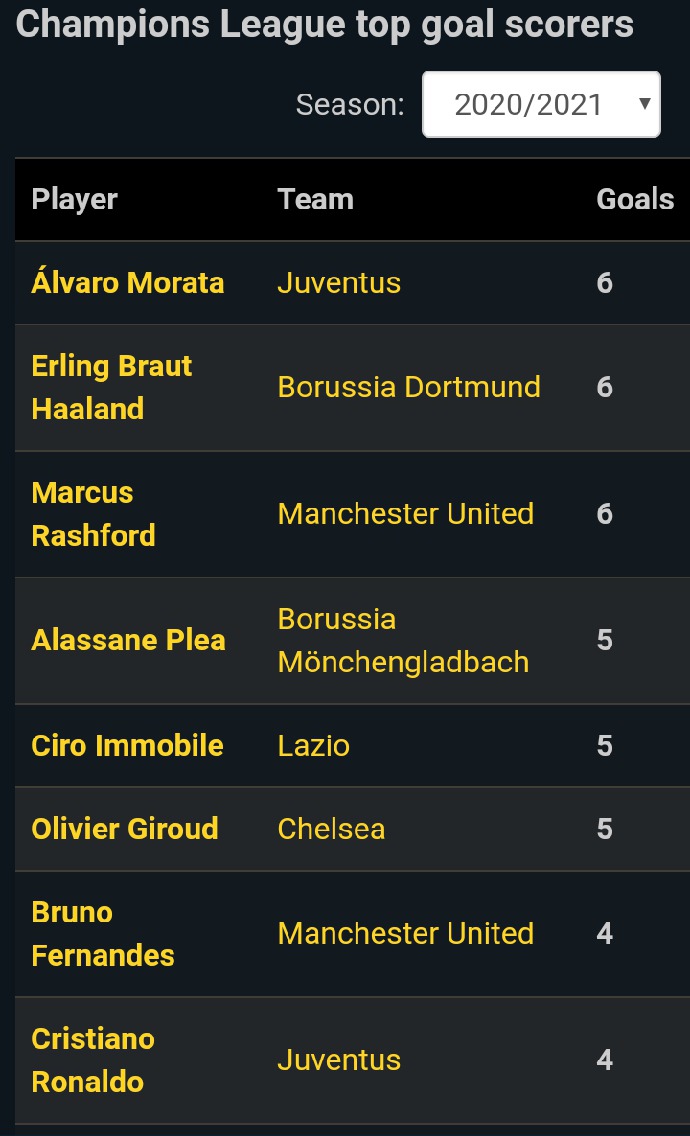 Morata failed to score and so have six goals. Manchester united have crashed out of the competition and Fernandes and Rashford despite scoring four and Six goals respectively. After Ronaldo two goals against Barcelona, the Portuguese striker have now scored four goals. 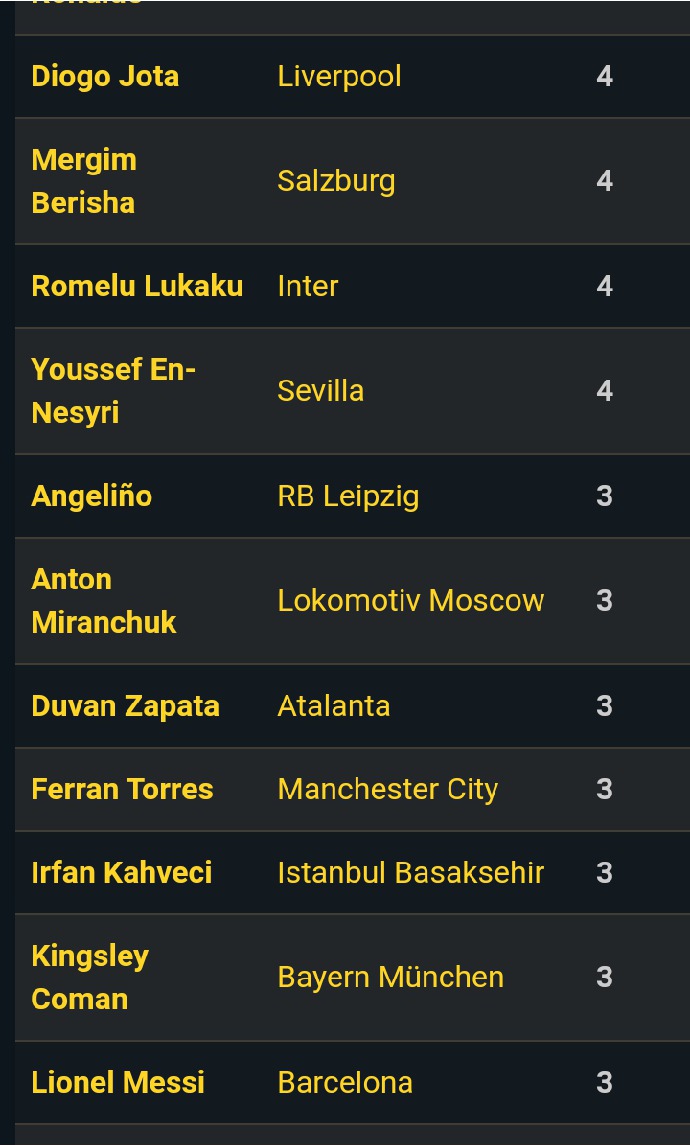 Angelino scored against Manchester united and now he has three goals. En-Neysri scored a brace and now have four goals alongside Lukaku, Mergim Berisha and Diogo Jota this season. Ferran Torres, Kingsley conman and messi have scored three goals each.