By LawrenceWrites (self media writer) | 9 months ago

The Bundesliga competition, returned back to action yesterday as four matches were played in the competition. 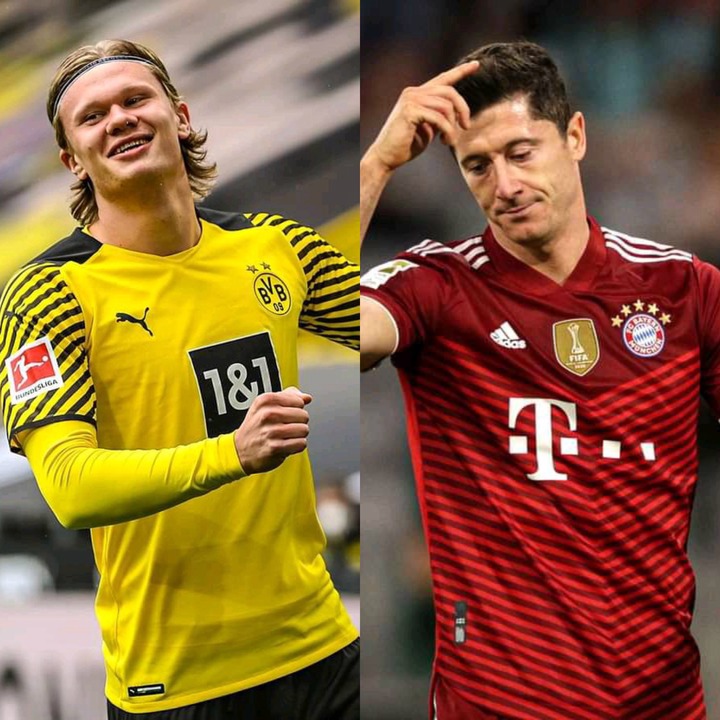 Bayern Munich suffered their first bundesliga defeat of the season yesterday as Frankfurt came from behind and defeated them at home by 2 goals to one, all thanks to Frankfurt star player Kostic, who scored a goal with one assist in the game yesterday. Moments after Bayern Munich lost 2-1, Union Berlin then travelled to Mainz stadium and defeated them by 2 goals to one, with Union Berlin striker T. Awoniyi scoring a brace in the game. 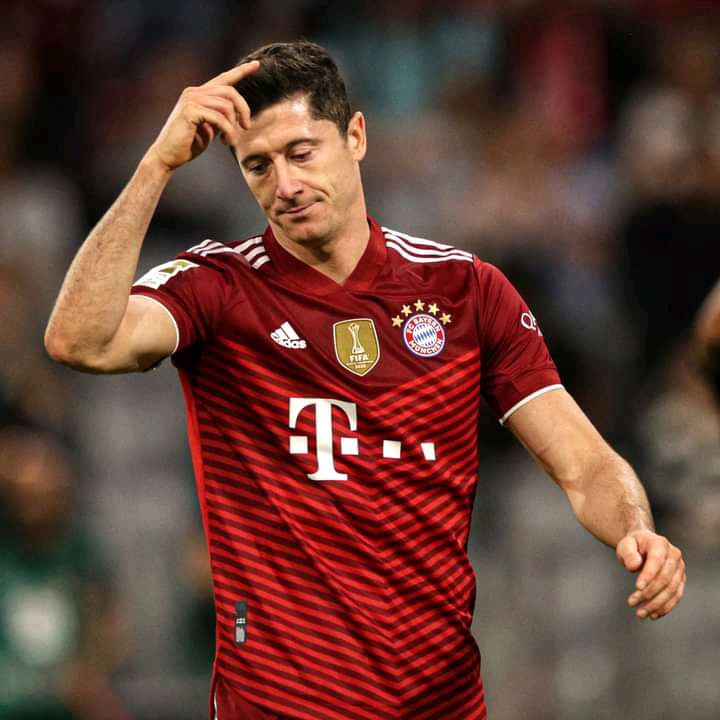 Bayern Leverkusen on the other hand, secured their fifth league victory of the season yesterday as they defeated Arminia Bielefeld by 4 goals to nothing. 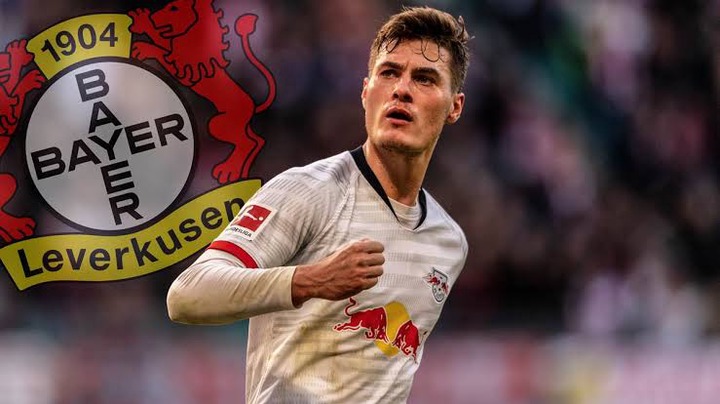 After all matches were played yesterday, below is how the Bundesliga table now currently looks like, with Bayern Munich occupying the first position despite their 2-1 defeats to Frankfurt. 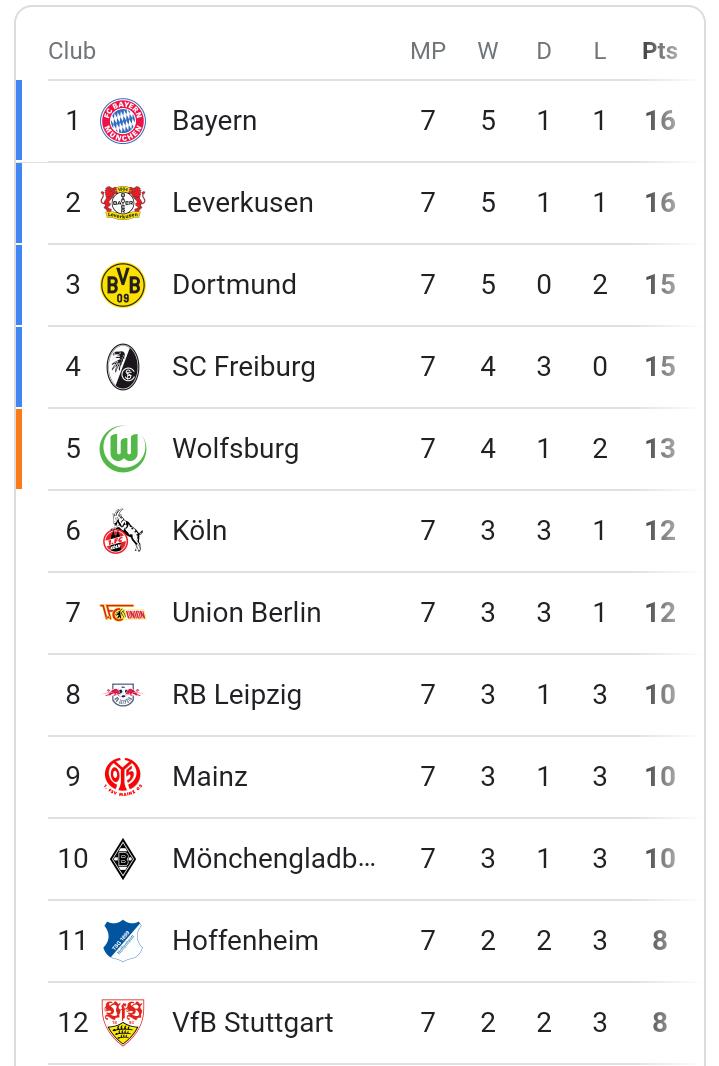 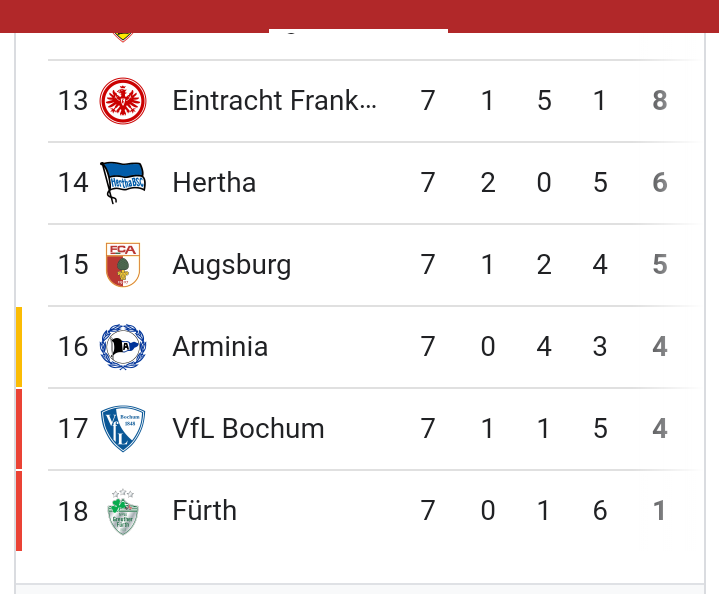 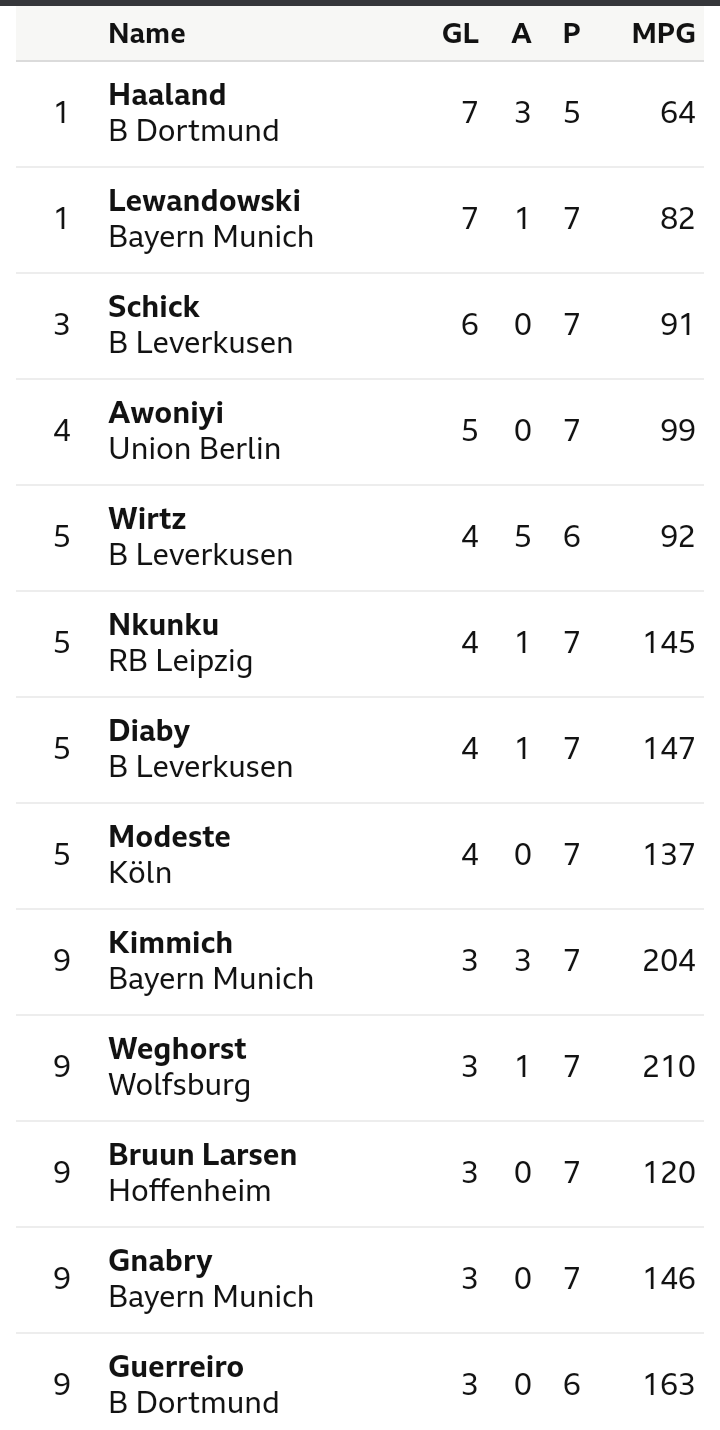 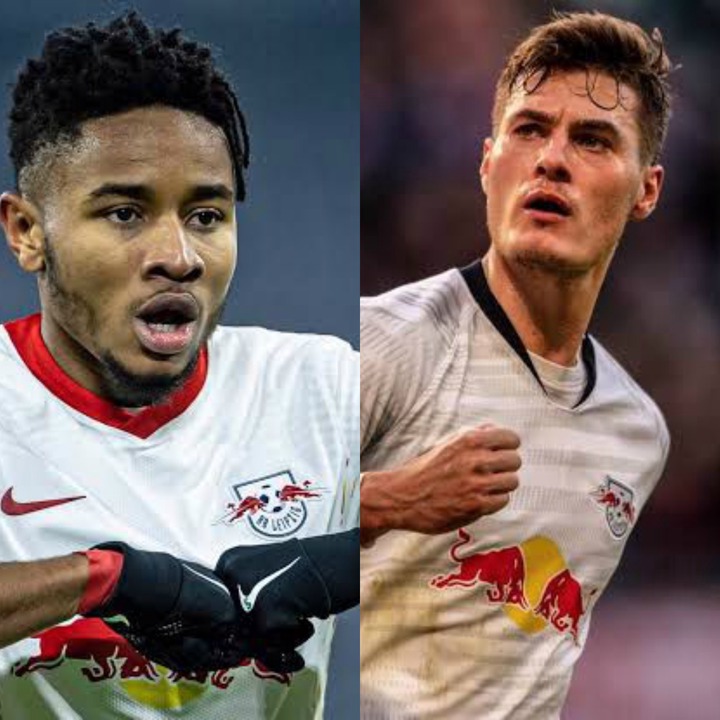