By Splendid1 (self media writer) | 3 months ago 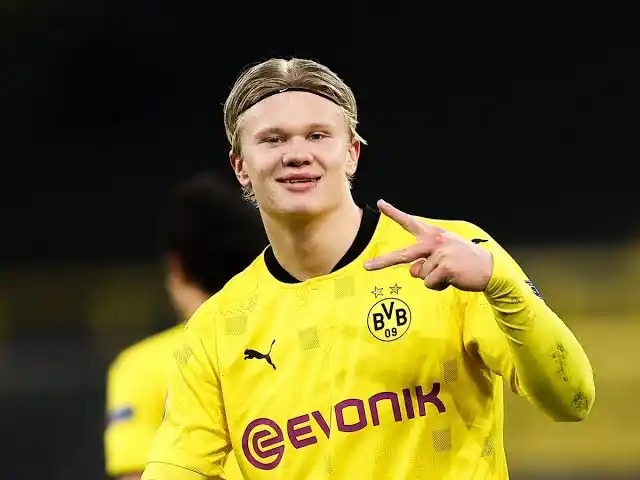 According to a recent article in The Times, Raiola is already pitching his star client to some of Europe’s most prestigious teams.

Haaland, who is 21 years old, has rapidly established himself as one of Europe’s most prolific goal scorers. After joining Borussia Dortmund from RB Salzburg in the winter of 2020, the Norwegian has now scored 68 goals in 67 games throughout all competitions.

With a contract said to have a £68 million minimum release clause scheduled to activate next summer, it has been widely rumoured that Europe’s top clubs will compete for the Norweigan’s signing.

Manchester United, Chelsea, and Real Madrid are just a few of the major teams said to be interested in signing him this summer.

Manchester City midfielder Foden is close to signing a lucrative new deal at the Etihad Stadium.

According to reports in The Athletic, securing Foden’s long-term future has been a key priority for City for some time, with club officials eager to give him the recognition he deserves for growing into one of the Premier League’s best talents.

Foden’s current contract has three years left on it, although he is still on the comparably low pay he signed to in December 2018, before he was even a first-team regular under Pep Guardiola.

Obviously, a lot has happened since then, and Foden is now a crucial player for both club and country, and 90min has verified rumours that City are close to agreeing on the conditions of a lucrative contract for the 21-year-old.

A contract hasn’t been finalised yet, but both sides have stated that they want to conduct business, and there aren’t any big roadblocks in the way of completion.

Lacazette has no intensions to sign new deal with Arsenal

According to football.london, the France international has no intention of staying at Arsenal once his contract expires at the end of the season, therefore a January move would ensure that the Gunners do not lose out on a financial windfall.

Arsenal were prepared to sell Lacazette for £15 million in the summer, but with international teams now wielding more negotiating power, the north London club may be forced to sell for less.

According to ESPN, Atletico Madrid, Juventus, AC Milan, and Sevilla are all interested in signing the 30-year-old striker, indicating that Arsenal may be able to entice clubs into a bidding battle while reigniting their interest in Isak.

The Athletic claimed earlier this summer that Arsenal was ‘kept tabs’ on Isak ahead of a possible transfer, and that Edu is a huge fan of the young striker.

According to AS, Isak’s contract has a €70 million (£59.8 million) release clause. Despite the fact that the price appears to be too much for Arsenal to match right now, a number of teams have surfaced as possible Lacazette suitors in January.