Lionel Messi Shares Loved Up Photos With His Wife, Antonela Roccuzzo While On Vacation

By KulVick (self media writer) | 10 months ago

Lionel Messi is on vacation with his family. Argentina's number 10 was photographed walking towards a pool with his wife, Antonela Roccuzzo, after having a difficult time at the airport due to a suspected bomb. 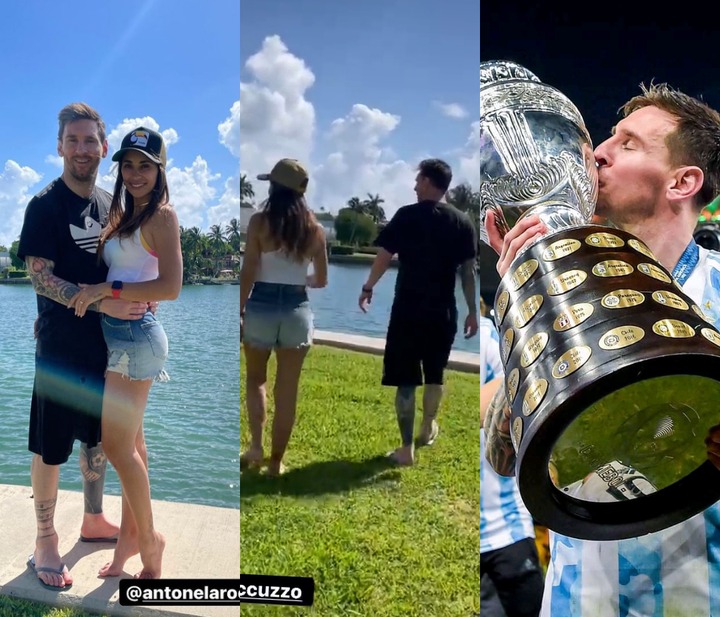 Because of his more restricted personal life, the reigning Copa America champion does not usually appear in photos.

Messi, who is currently on vacation with his family, shared a rare video on his Instagram story, which shows him walking toward a pool alongside his partner, the mother of his three children.

The player recently shared a video on his Instagram story, with his over 200 million followers, of himself and his partner walking towards a pool. In the video shared by the striker, he could be seen walking on green grass with his partner. The video didn't include any of his kids though, but a rare glimpse of one of his kids was captured while filming. 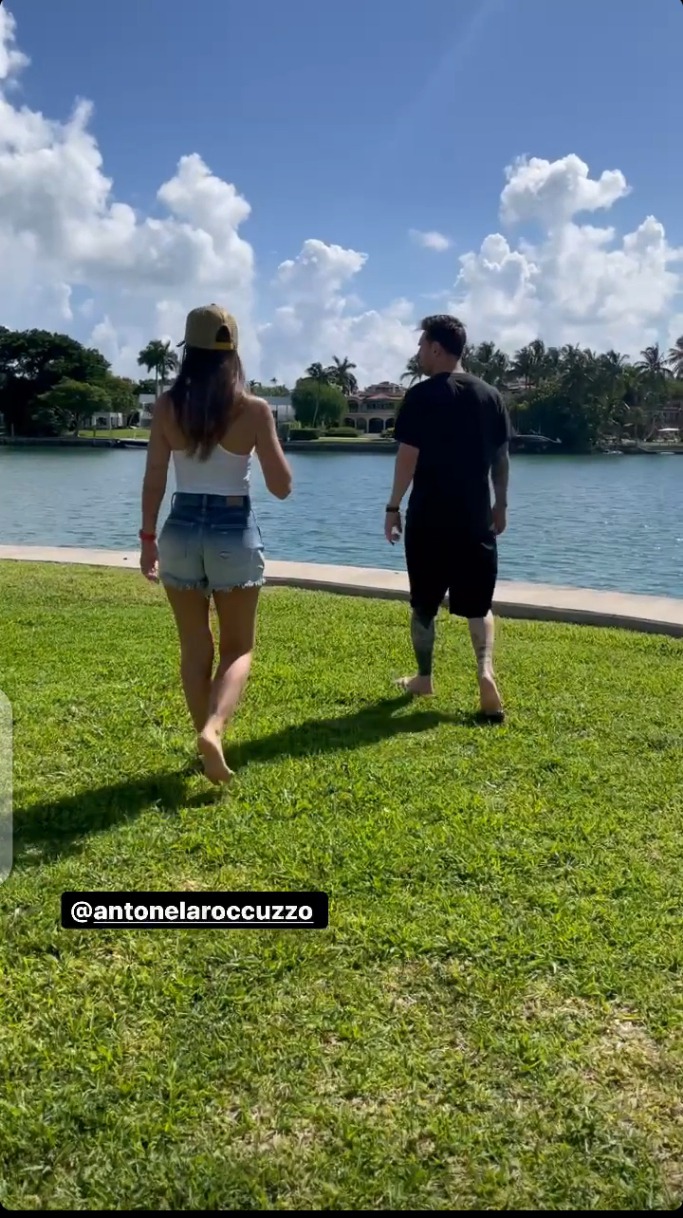 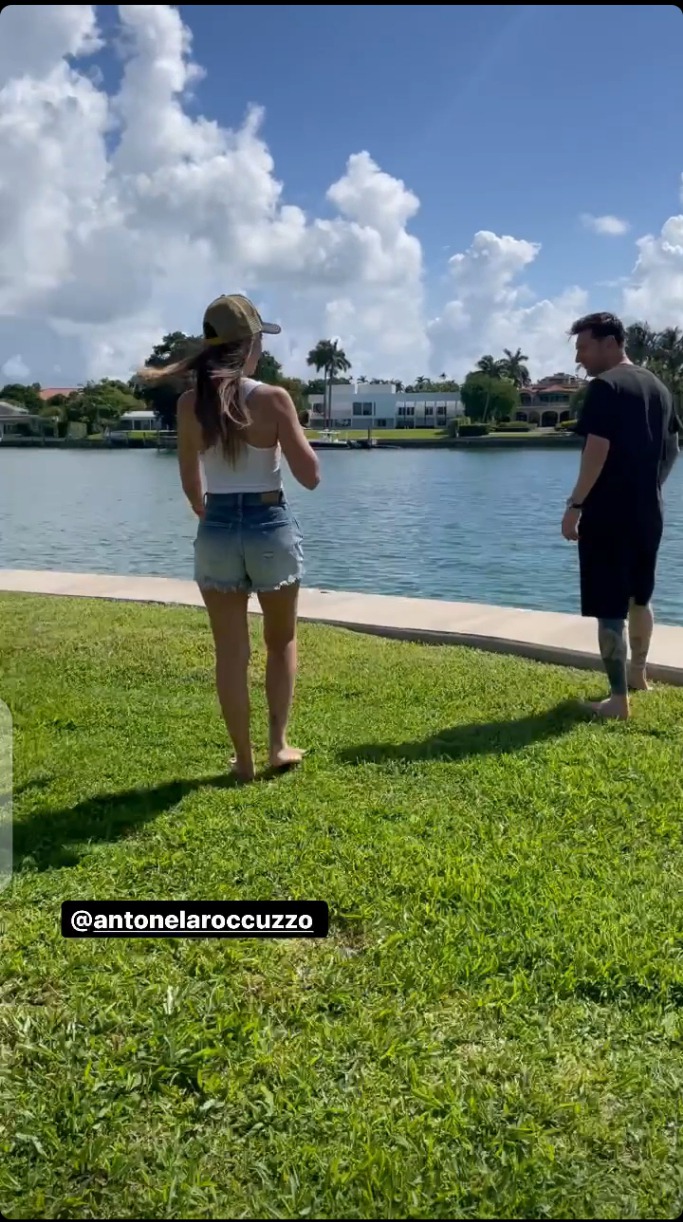 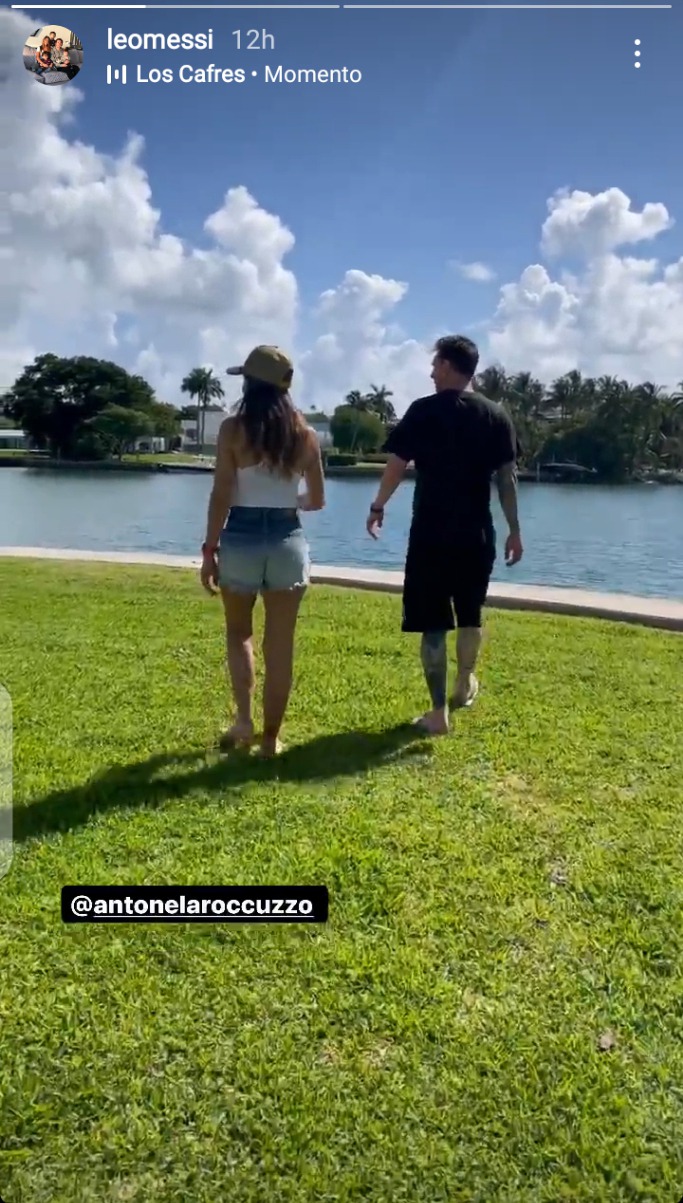 Messi is on a three-week break following Argentina's Copa America victory. He captained the team as they defeated Brazil in the final in Rio de Janeiro, winning player of the tournament after scoring four goals and contributing five assists, topping every metric by a wide margin and proving that even at the age of 34, he is still incredible. 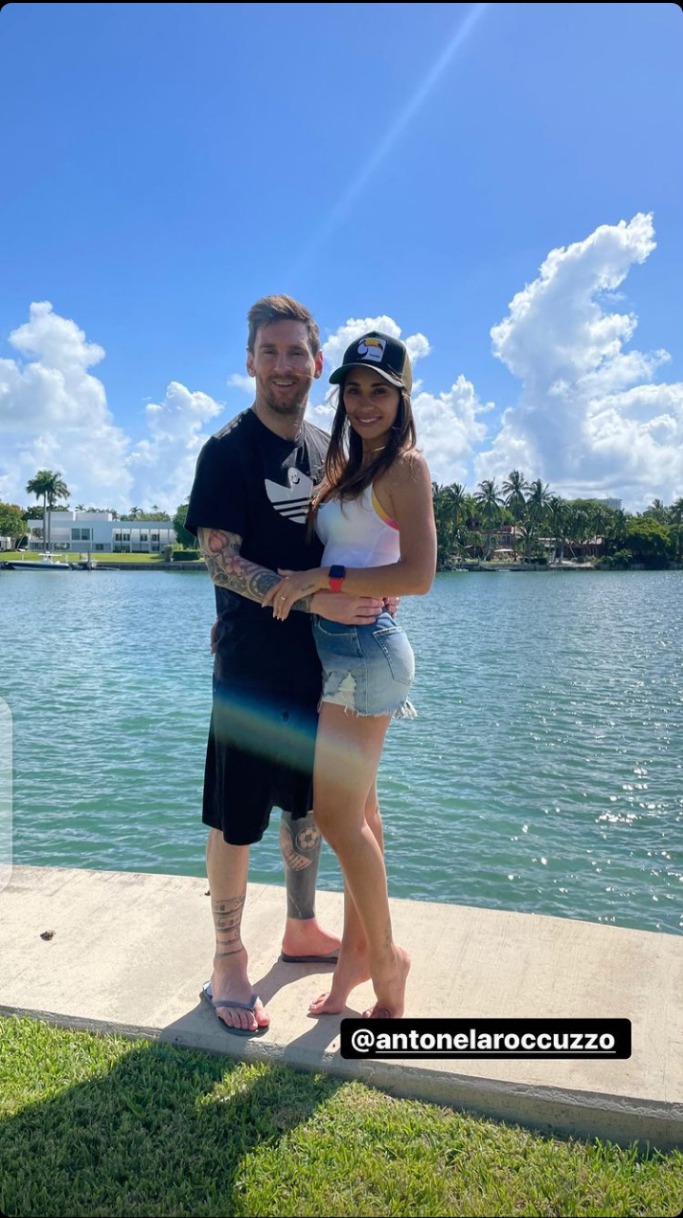 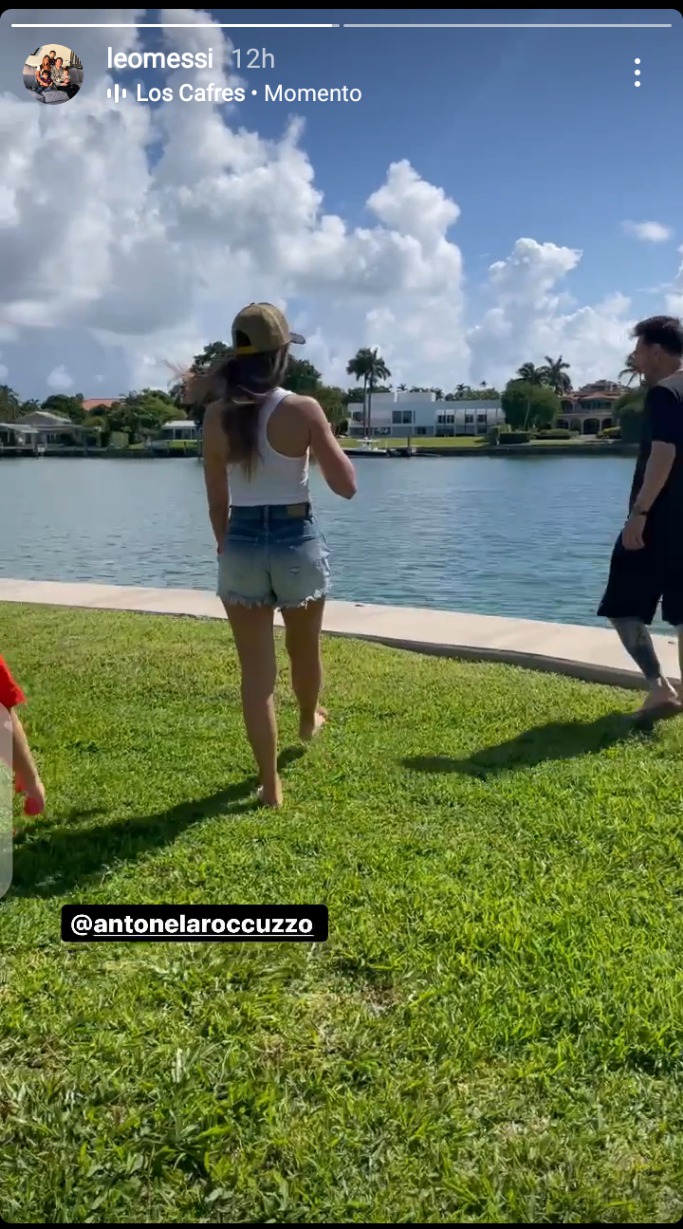 After the final whistle of the match between Brazil and Argentina in Maracana, which marked Lionel Messi's first title in the Argentina shirt and broke a 28-year-old taboo, the first call Messi made was to his wife, where he starred in a striking moment in the center of the field, showing the medal to the family. 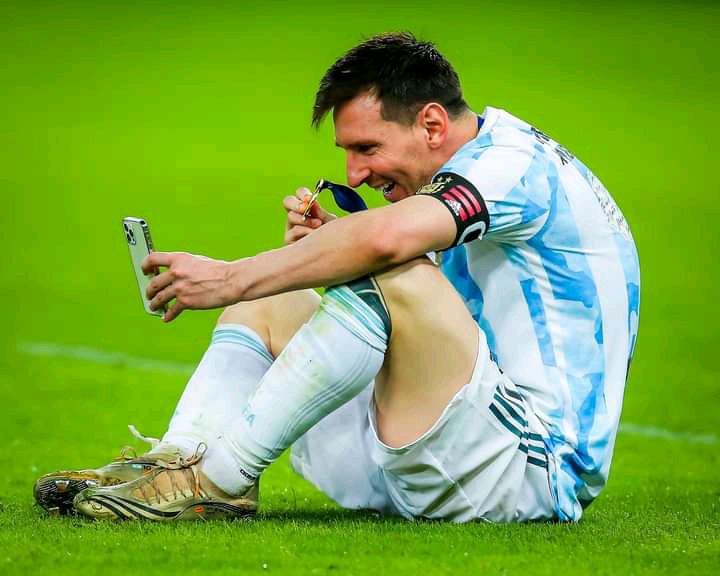 Furthermore, when the delegation touched down in Argentina, Antonela did not hesitate to run towards her husband and jump on his lap when she saw him get off the plane.

He is currently a free agent, having had his contract with Barcelona expire at the end of June for the first time since joining the club as a pimply-faced adolescent. However, a resolution is on the way, with Catalan media reports claiming that a five-year deal has been agreed upon and just needs La Liga's approval. 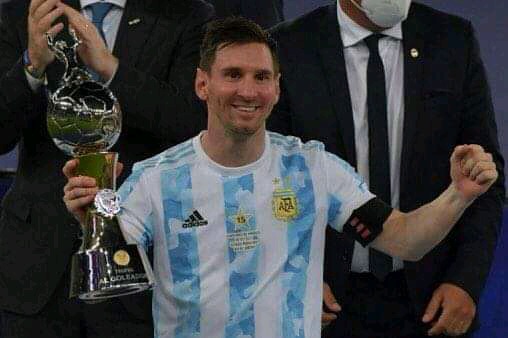