By Chigosky12 (self media writer) | 9 months ago

Harry Kane has broken the record of scoring more goals in the premier league without winning the title,as he scored two goals against Everton. 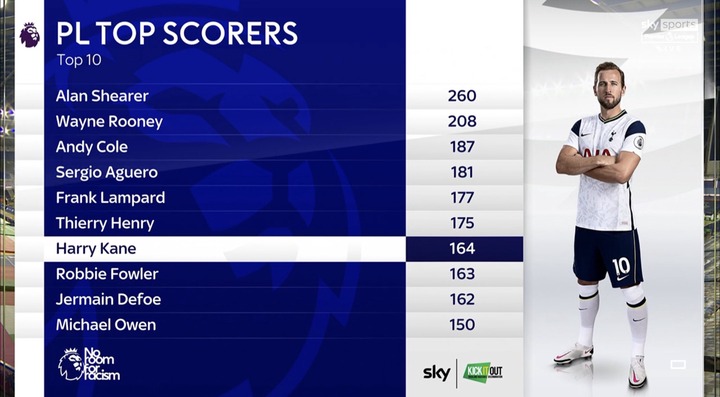 Harry Kane has also topped as the highest goal scorer in the premier league this season with a total of 21 goals.

And he has also put himself in the list of "Most seasons scoring 20+ premier league goals".with the likes of Alan Shearer,Sergio Aguero,Thierry Henry already in the list.

Tonight's game against Everton was quite a tough one as he's side were forced to share the points. 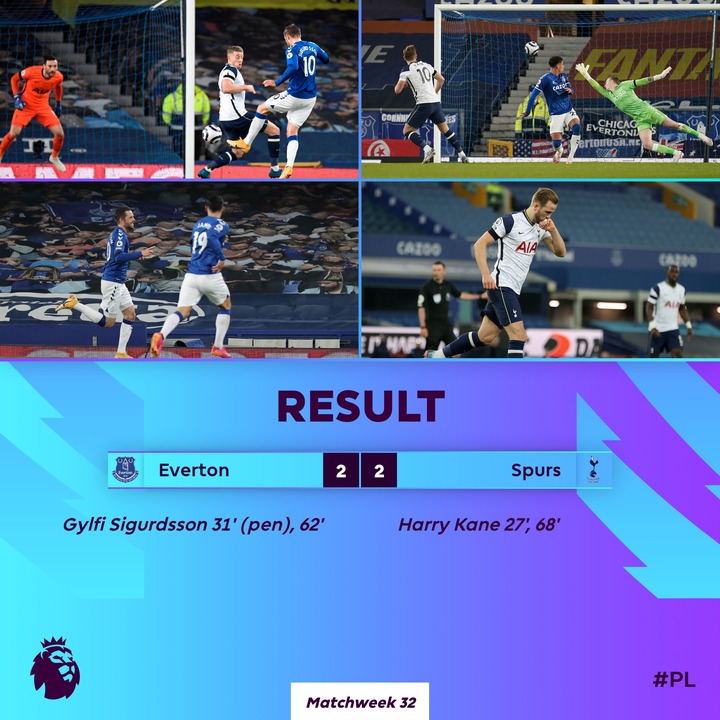 After he scored two goals today,he included his name in many premier league record books,and he has shown how much of a good striker he is.

Tottenham are fighting for an European place next season,and they really need to work hard, because it's going to be tough for them.

Harry Kane is indeed a good player,but the big question is if he is really comfortable not Winning trophies.