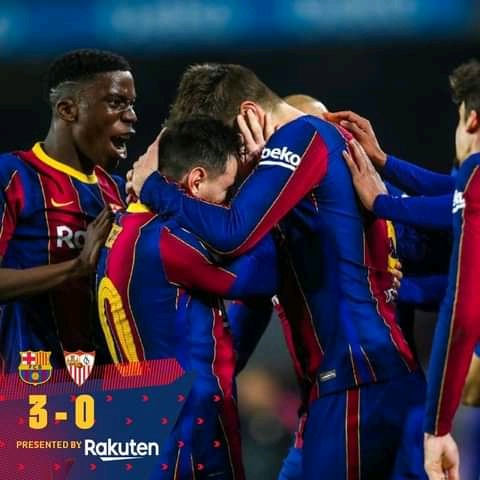 There is some fight left in Barcelona yet.

Trailing 2-0 to Sevilla going into the home leg of the Copa del Rey semifinals, Barca forced extra time through Gerard Pique's goal at the death and then sealed it on Martin Braithwaite's header in extra time to reach the Copa del Rey Final, Either Levante or Bilbao will be the opponent. They will play the 2nd leg of their semifinal on Thursday, leveled 1-1 on aggregate. 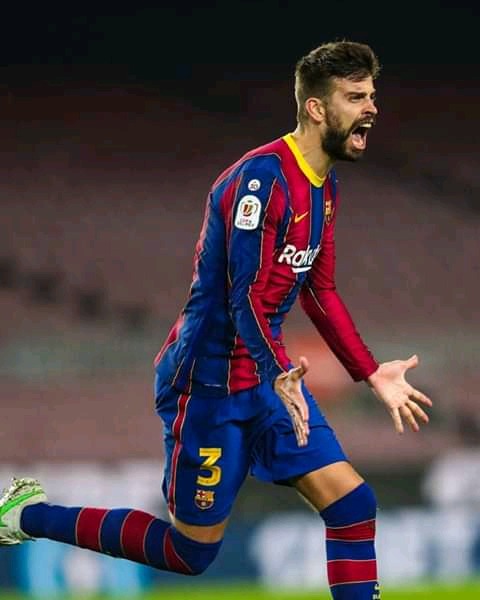 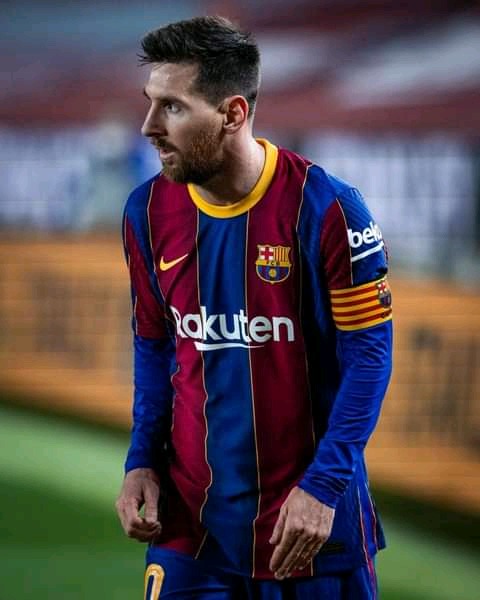 French winger, Ousmane Dembele kick-started the turnaround early with a brilliant goal, rifling a right-foot shot from outside the penalty box into the left-hand corner to reduce Sevilla's aggregate advantage to 2-1. 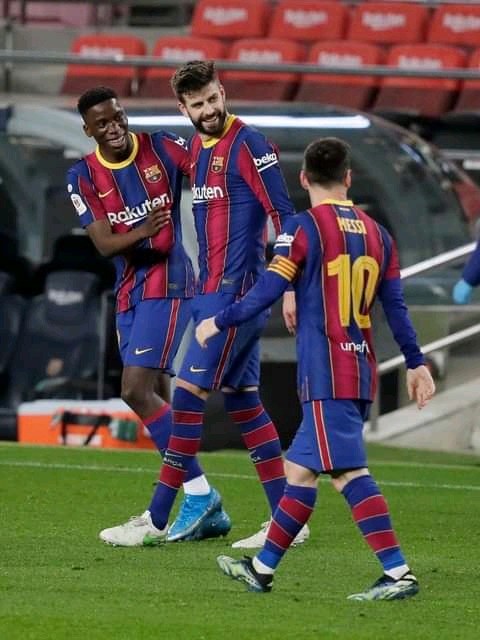 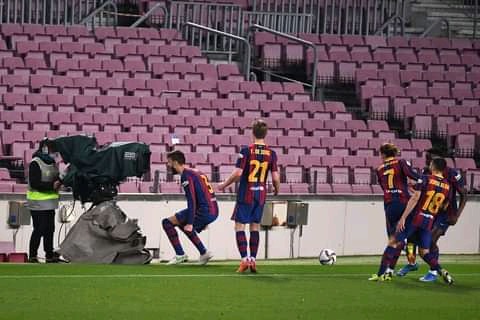 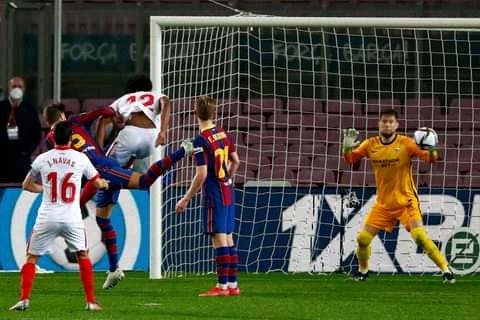 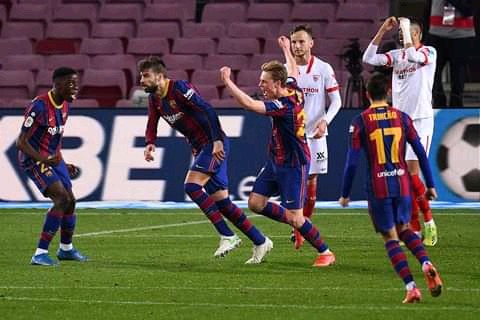 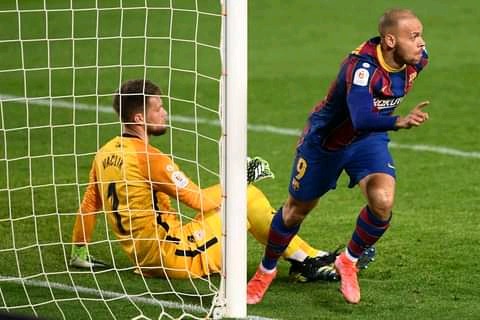 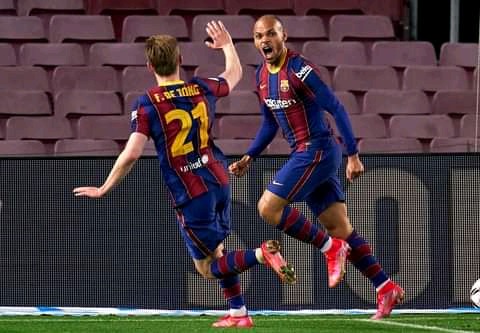 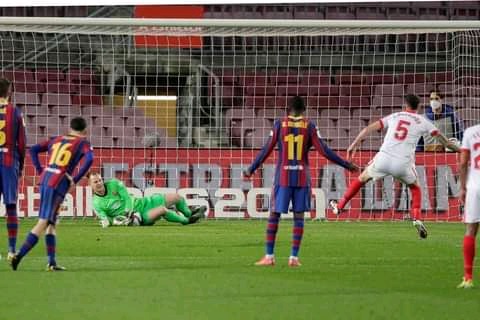 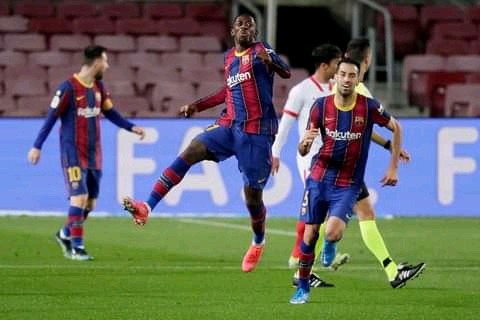 Ronald Koeman side nearly equalised in sensational fashion through Spain defender Jordi Alba, whose karate-like volley came off the crossbar.

Sevilla missed its opportunity to put the game to bed when Sevilla's Midfieder Lucas Ocampos had his spot kick stopped by Barcelona Number one Marc-Andre ter Stegen, and, with Sevilla reduced to ten players after Fernando's 2nd yellow card, Gerard Pique became the man of the moment deep into added time, when the defender headed in France International, Antoine Griezmann's sublime cross. That made it 2-2 on aggregate, with Barca matching Sevilla's 2-0 first leg victory on the strength of goals from Sevilla's centre-defender Jules Kounde and Ex-Barcelona player Ivan Rakitic.

It did not take long for the Catalan Giants to go ahead, with Martin Braithwaite's brillant header off Spain defender Jordi Alba's assist sealing the advantage 5 minutes into extra time.

Barcelona will hope its comeback streak continues next week in their UCL round of sixteen tie, when it heads to Parc Des Prince looking to turnaround a 4-1 deficit to Paris Saint-Germain in their 2nd leg. 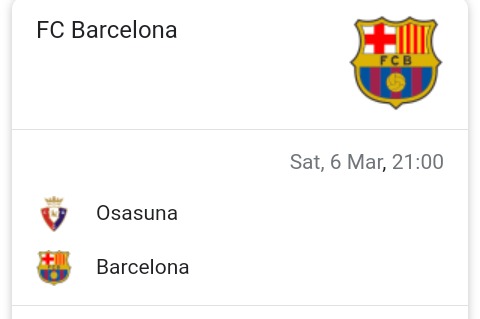 Eden Hazard to face Chelsea on Tuesday after being confirmed fit

How Messi can lineup with Aguero, Griezmann, Dembele, other Striker in 6 different ways Next season.