By Godaik (self media writer) | 3 months ago

Rave of the moment, Victor Osimhen is being looked upon to help Napoli equal record of six wins in as many matches into the season when they host Cagliari at Diego Maradona Stadium on Sunday. 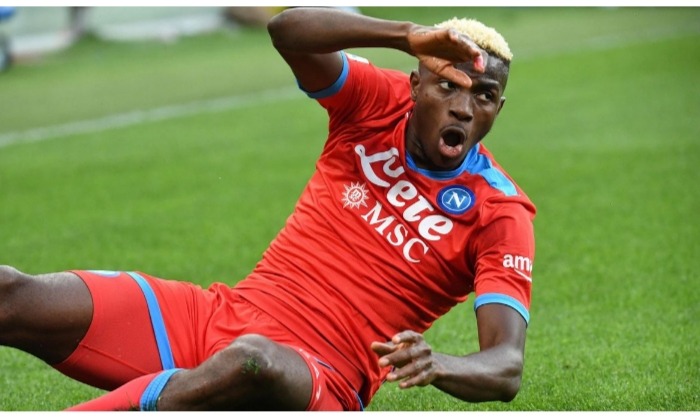 The Azzurri have won all five matches of the current campaign and a victory in tomorrow's match will see them win first six matches of the season in their history, having achieved the feat in the 2017-18 when they won all their first eight matches.

Osimhen made a flying start to the season, scoring five goals in as many matches for Napoli, with three of them in four Serie A outings. He weighed in with a brace in 4-0 thumping of Sampdoria on Thursday , was also among the goals in 4-0 win at Udinese last weekend and scored his club's goals in a UEFA Europa League 2-2 draw away to Leicester City on September 16.

The 22-year-old Nigeria striker will be a major pin-up during the encounter at their home ground, where he will be expected to provide his team the goals needed to leapfrog AC Milan to the pinnacle of the log. The Rossoneri assumed leadership of the pile following a 2-1 win away to Spezia on Saturday, taking their point haul to 16, just a point more than Napoli in second place.

Osimhen joined Napoli for a club record $70 million fee from Lille last summer and scored 10 goals for the club, despite being pegged back for about three months by injury and coronavirus in his maiden Serie A campaign.