With three games left in the EPL season, this is how the Top scorer race look like 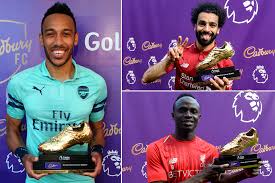 Since Sergio Aguero was ruled out for the rest of the season just two games after Premier League football returned in mid-June, Jamie Vardy has emerged as favourite to win the Golden Boot.

The Leicester City striker has scored four times in his last three appearances to move to 23 goals, three ahead of Arsenal’s Pierre-Emerick Aubameyang, with Danny Ings of Southampton and Mohamed Salah next on 19 goals.

Salah has topped the charts in each of the past two seasons, sharing the award last term with Liverpool team-mate Sadio Mané and Aubameyang.

The Premier League Golden Boot now looks like it is Vardy’s to lose with the bookies making him 1/4 favourite. The Leicester striker failed to find the net in his first three games after the season resumed but has since scored twice against Crystal Palace and once each against Arsenal and Bournemouth.

Behind him, Aubameyang (13/2) will need to start scoring at a much faster rate to catch Vardy. He has three goals in seven league games since the resumption, but with Arsenal facing Aston Villa and Watford in their last two games, the Gabon striker could yet catch the Foxes’ hitman.

Arsenal first face Liverpool, where Salah (12/1) will be looking to close the one-goal gap on Aubameyang before the Reds meet Chelsea and Newcastle in their last two matches.

Ings (16/1) has been the surprise contender for the Golden Boot, scoring 19 goals for Southampton. He has games against Brighton, Bournemouth and Sheffield United to make up the four-goal deficit.

Raheem Sterling’s hat-trick against Brighton took him to 17 league goals for the season, but even with fixtures against Bournemouth, Watford and Norwich City to come.

This is how the Top scorer race look like 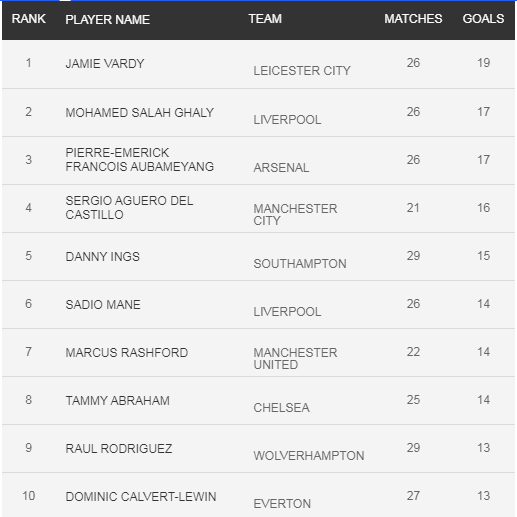 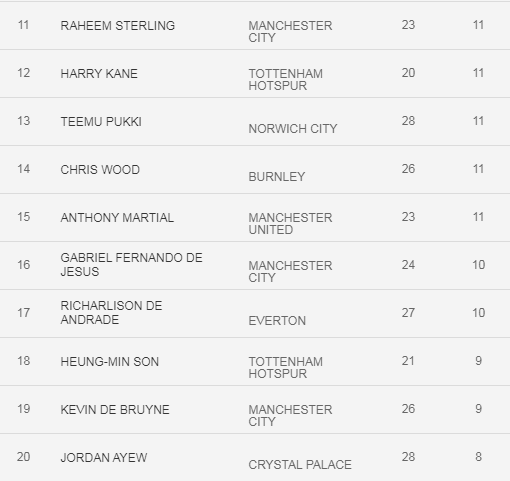