Ian Wright: "Tammy Abraham is set to benefit from the arrival of Hakim Ziyech". Football pundit Ian Wright has praised Chelsea's 'brilliant' transfer deal for Hakim Ziyech and says Tammy Abraham is set to benefit from the arrival of the Ajax midfielder.

It was confirmed on Thursday that Chelsea had agreed a £36.6million deal to sign Morocco international Ziyech from Ajax in the summer.

The 26-year-old starred in Ajax’s run to the Champions League semi-finals last season and Arsenal legend Wright says he will be a ‘fantastic’ addition for Chelsea. ‘The thing with Ziyech is that he’s one of those creative players and when you watch Chelsea, especially at home, I think they were expecting a bit more for their creative players,’ Wright told Premier League Productions.

‘And then because of what Eden Hazard did for them, they had one particular player who in that role could make something happen.

think it’s a brilliant signing. If he can hit anywhere near the form [he’s shown for Ajax] it’s a fantastic signing.’

Abraham enjoyed a brilliant start to the season, scoring seven goals in his first seven appearances, but has only contributed two goals in his last nine matches. 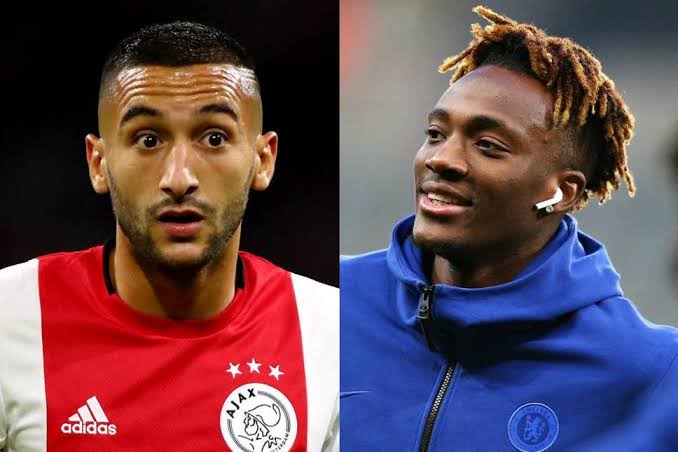 Wright expects the England international to benefit from the arrival of Ziyech, adding: ‘I think it’s dried up for Tammy from a creative point of view.

‘When you watched them at home, some of the balls into the box had not been good enough. He’s kind of working of scraps and he looks like he’s a little bit anxious.’

Blues boss Frank Lampard, meanwhile, has expressed his delight at the signing of Ziyech, telling Sky Sports on Friday: ‘I think he’s a fantastic player.