By Weereporter (self media writer) | 6 months ago 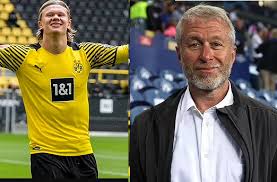 Billionaire businessman and Chelsea owner, Roman Abramovich, is keen on having Norway and Borrussia Dortmund star, Erling Haarland, signed for Chelsea. According to reports, Abramovich has released a considerable amount for the purchase of the football star.

The quest to sign the playmaker has risen in recent times, as the club is looking to push for the premier league title next season.

Asides other players targeted by Chelsea, Haarland is the top on the list, but Borrussia Dortmund has been adamant, claiming that their star player is not for sale, atleast not this season.

Having to sign Haarland would mean selling other players like Tammy Abraham and Pulisic, in other to recoup the amount spent on Haarland. 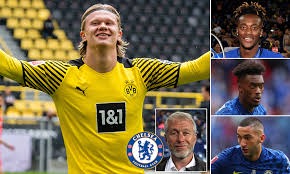 Last season, the club signed Timo Werner from Liepzig, but he has struggled for the majority of the season, scoring just 12 goals in all competitions.

Last season, Haarland scored 41 goals for Borrussia Dortmund in all competitions. His playing style was well suited with Jadon Sancho, who has been sold to Manchester United.

Eventually should Dortmund be persuaded to sell out Haarland, it would be nothing less than £150 million.