FA CUP: After Chelsea Qualified, See Who They Will Face Next in their Next EPL Fixture

By Ayorcharles (self meida writer) | 22 days 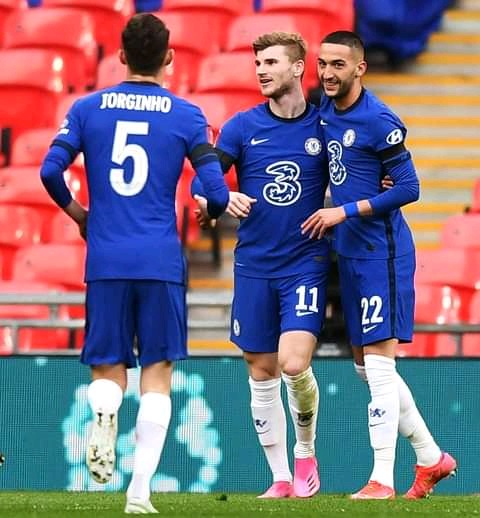 The Blues ended Manchester City's attempt to complete an historic quadruple, as Thomas Tuchel's side won the English FA Cup semi-final 1-0, thanks to a solitary goal Hakim Ziyech.

It was the Blues who dominated possession in the early exchanges, after Coach Pep Guardiola had made 8 changes from the midweek victory against German Giants, Borussia Dortmund.

Morocco Midfieder Ziyech had the ball in the back of the net after just 6 minutes but the linesman raised his flag as soon as the ball went in, after German forward Timo Werner was adjudged offside in the build up

England defender, Ben Chilwell had the best opportunity of the first half when James' sent in a cross which went over 2 Blues' players in the penalty area to find Ben Chilwell at the far post, But he shot wide. 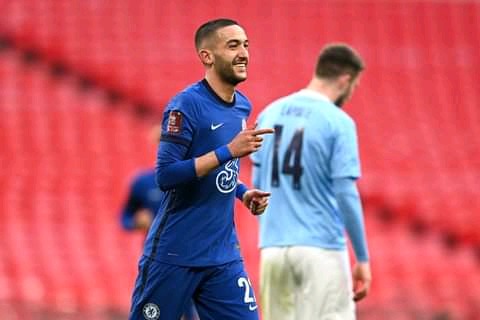 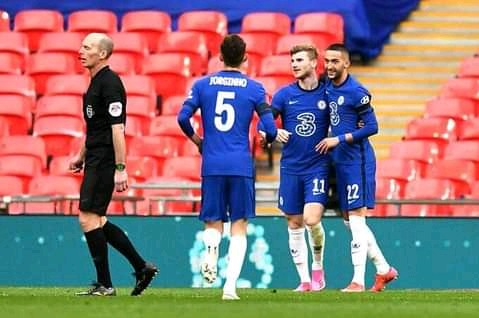 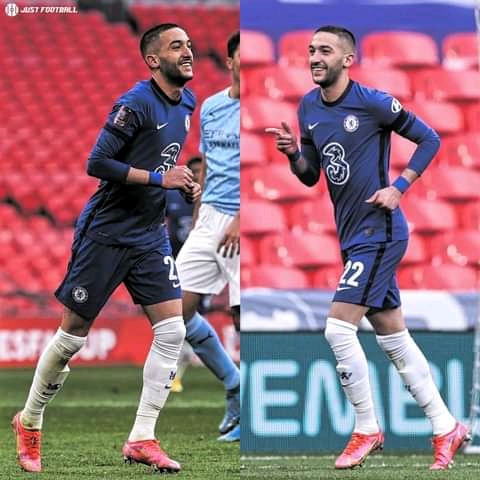 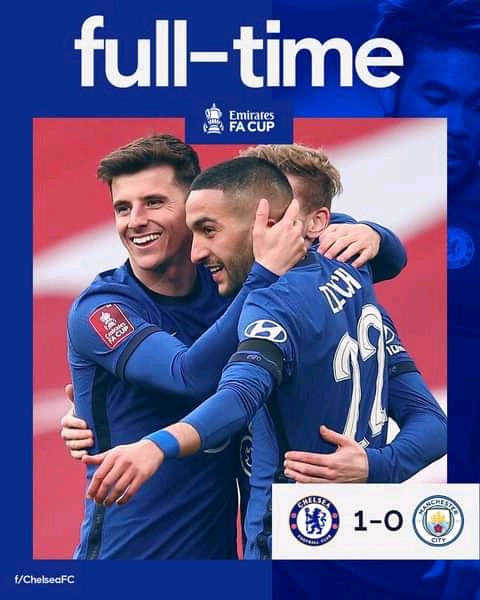 It was Chelsea opened the scoring on 55 minutes, England Star, Mason Mount played a through ball for Germany international, Timo Werner, who got in behind Manchester City's backline.

Man City goalie, Steffen came out of his goal to meet the German forward who squared it for Morocco Midfieder, Ziyech to smash into the empty net. 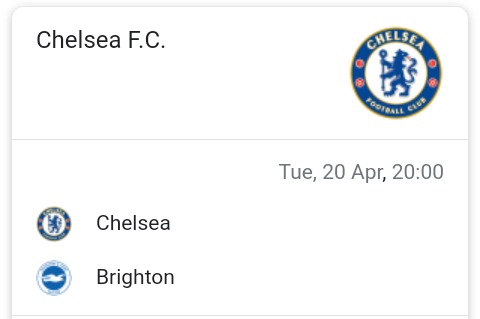 Chelsea will face Brighton Next in the English Premier League on Tuesday 20th of April 2021 and will be looking to pounce on West Ham slip up to move into the EPL top 4.