Xavi history and his career as a footballer 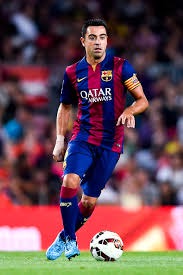 Born on January 25, 1980, in Barcelona, Catalonia, Xavier Hernandez Creus is a globally renowned footballer with around 31 international trophies - including Ballon d’Or, Olympic medals and Prince of Asturias Award.

His contribution to Spain football in general and FC Barcelona in particular have been eminently notable. He currently plays as a midfielder in a Qatar based club Al Sadd SC.

His father, Joaquim, who is a former professional footballer and had played for Sabadell in the first division shaped his Xavi in his ‘to be molded days’. The young kid made his way to prestigious Barcelona football family’s youth club, La Masia. He started as a center back in U12 team and learned his team ethos in Barca. 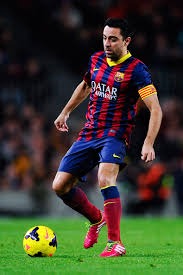 Xavi broke the national headlines in his first season of senior career in 1998. He scored in his debut in La Liga and made Barca victorious by 3-1. Due to his sustained impressive performances, the following year, he was named La Liga Breakthrough Player of the Year.

In 2004, Xavi was entitled vice-captain of the team and handled leadership with immense responsibility, helping Barcelona in winning La Liga and Supercopa de Espana for two consecutive years. He was also adjudged La Liga Spanish Player of the Year.

His magical assists, creative passing techniques, and breathtaking performances earned him Player of the Tournament award at the Euro 2008. He was a major part of Barcelona's treble and scored the fourth goal in the 4–1 win in the 2009 Copa del Rey final against Athletic Bilbao.

Xavi was voted "UEFA Champions League Best Midfielder" for his contribution during Barcelona's victorious 2008-09 Champions League campaign. Xavi was La Liga's highest assisting player with 20 assists. He was earning whopping €7.5 million a year during this period and was the club’s biggest earner.

In 2010, Xavi was one of the three finalists for the FIFA Ballon d’Or, alongside Barcelona teammates Lionel Messi and Andrés Iniesta. However, he finished third on the vote, behind Messi and Iniesta but he did defeat Messi to win Player of the Year award from World Soccer Magazine.

On 2 January 2011, against Levante, Xavi made his 549th appearance for the club in all competitions, matching the record held by Migueli. Following this match, Xavi became the most veteran player for Barcelona of all time.

During his last season in the Barca family, he was named the captain of the team. Ha also made his 500th appearances in La Liga- the then 8th highest of all time. Xavi appeared as a 78th-minute substitute for Andrés Iniesta to make his final appearance for Barcelona during the 2015 Champions League final, and the club defeated Juventus in the European Cup under the leadership of Xavi. Thus Barcelona became the first club in history to win the treble of domestic league, domestic cup, and European Cup twice.

He left Barcelona after 24 years and became a part of a Qatar club Al Sadd for three years in 2015. On 13 September 2015, he made his debut for Al-Sadd in a 4–0 win over Mesaimeer, assisting in the team's first goal. In the following match, he scored his first goal for the club in a 2–2 draw with Umm Salal.

On 29 April 2017, Xavi won his first trophy with Al Sadd as they secured a 2–1 victory over El Jaish in the Qatar Cup final. He has made overall 60 appearances for the team and scored at 18 times.

Xavi was named Euro 2008's Player of the Tournament after Spain defeated Germany 1–0 in the final. Besides being dominant in the midfield, Xavi was quick with his metronomic passing and his reading of the game was pivotal to Spain's success.

In 2010, Spain eventually won their maiden FIFA World Cup and Xavi’s contribution in this venture could be estimated by the fact that he was the one who provided the most number of accurate passes, 599 with a passing success rate of 91%, and also to crossed the ball inside the 18-yard box more than any other player in the tournament.

Xavi also played for Spain during the Euro 2012, which Spain won by defeating Italy 4–0 in the finals. With Xavi providing two assists in the final, he became the first player to register assists in two European Championship finals.

Following Spain’s exit in the 2014 FIFA World Cup, Xavi announced his retirement from international football, having made 133 appearances in a 14-year period.