WWE NXT is an extremely hard-hitting show and more often than not, the Superstars taking part in the show can get injured. With each and every WWE Superstar and wrestler ready to put their body on the line to provide the fans with an interesting show, often, they may cross a limit and actually end up getting hurt. Every week, one or two Superstars might end up injured in WWE. While some are serious injuries, thankfully, others are not. 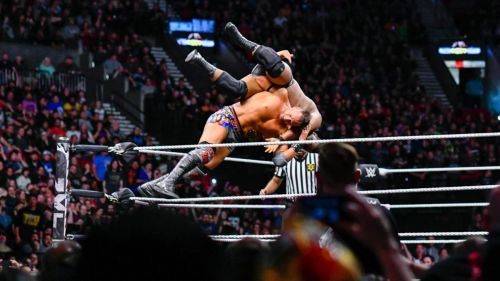 In a recently released injury report following WWE NXT, WWE revealed that three of their Superstars who were a part of the recent WWE NXT show all sustained minor injuries.

WWE NXT was a hard-hitting show, and that was clear for everyone to see this week. With Keith Lee putting the NXT Championship and WWE North American Title on the line in his first-ever title defense after becoming the combined Champion last week on NXT, Shotzi Blackheart having an excellent match, Io Shirai defending the NXT Women's Championship

However, while the show was quite amazing, there were a couple of extreme moments that resulted in some of the best moments of the night.

Denzel Dejournette was featured in a match against Timothy Thatcher and after their match was already over, when Thatcher continued to attack him, it appears that Dejournette suffered a hyperextended knee according to WWE.

Finally, the Women's Champion, Io Shirai defended her title successfully on WWE NXT, but was immediately attacked by Dakota Kai. The Women's Champion did not see the attack coming and took the shot on her face. According to the report, Io Shirai has been diagnosed with a jaw contusion.

Hopefully, none of these injuries will keep the WWE Superstars out of action for long.