Saturday's fixtures in the Premier League comes to a close with a clash between reigning Champions Manchester City and Brighton at the Falmer Stadium. Before this meeting, Man City sat third on the league table with 17 points while Brighton are 4th with 14th points. It was just a regular battle for points as both teams are at risk of losing their places after tomorrow's games. Falmer Stadium, the home ground of Brighton and Hove Albion received Guardiola's men as Manager Potter, looked to upset their bid to get closer to Chelsea at the top of the table. However, poor defending from his men saw Man City net three times before halftime. Gundogan opened the scoring at the thirteenth minute before Phil Foden scored a brace in the 28th and 31st minutes respectively. It was after these goals, Brighton decided to sit up and press the visitors to their half whilst creating goal-scoring chances for themselves. They got their consolation through a Mac Allister penalty in the 81st minute, but couldn't overturn the remaining two-goal deficit. Mahrez came on late into stoppage time and he added to the frustration with a classic 'mahrez' goal as Man City eventually won the game 4-1. 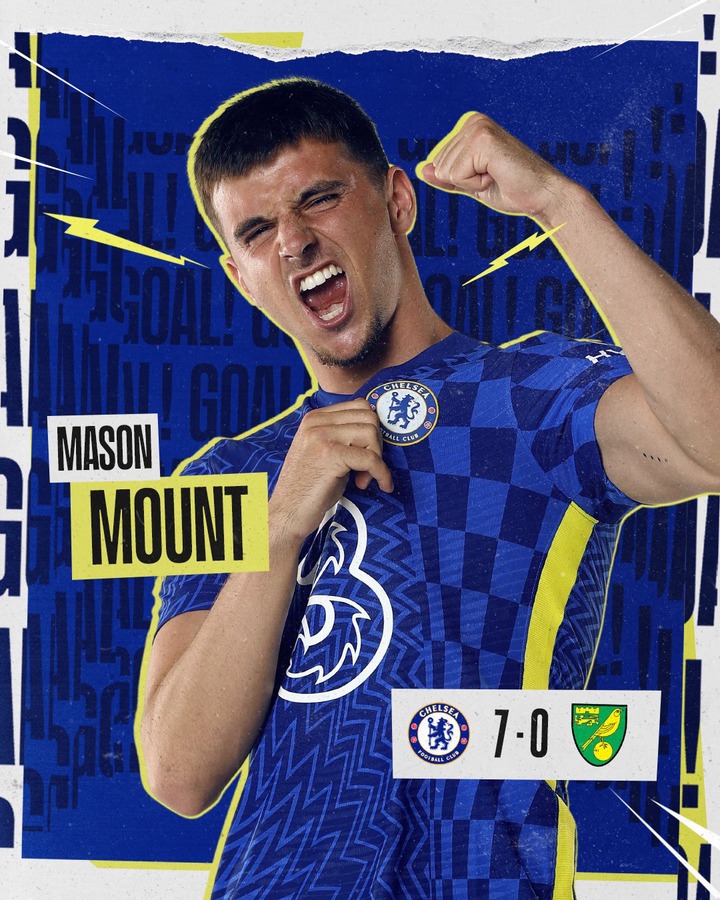 Meanwhile, a quick recap on the highlight game of the day. Chelsea v Norwich in Stamford Bridge. The Blues went against the canaries without Lukaku or Werner and they came out with a 7-0 victory to extend their lead and stay at the league's top. Mason Mount netted a hat trick, a goal from Hudson Odoi, Reece James, Ben Chilwell and an own goal from Max Aarons meant Tuchel moves to 23 points as they recorded their biggest win of the season so far and they did so without two of their main strikers.

Here's The PL Table After Saturday's Games As Chelsea Stay At the Top While Man City Gets Two points Closer to them in second place. 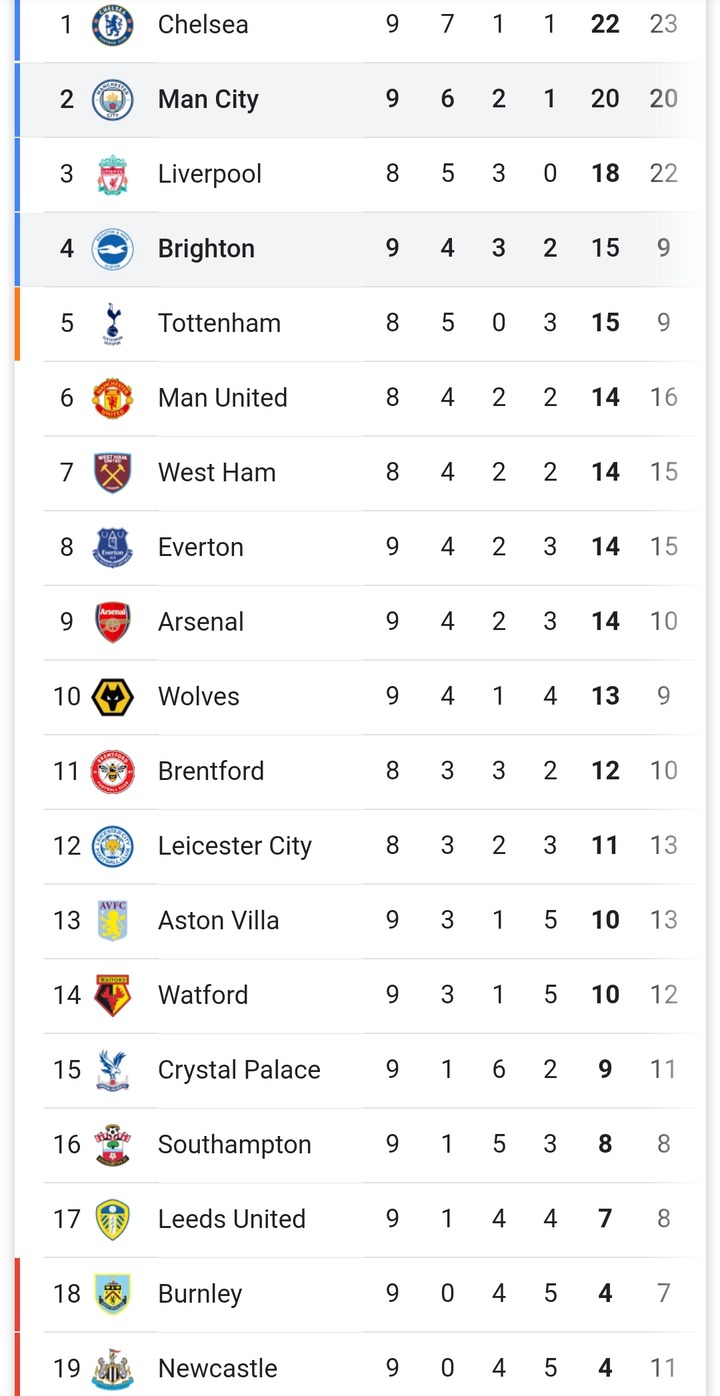