Was SHREK acted in resemblance to Maurice Tillet or just a coincidence?

By Everythingtalk (self media writer) | 1 year ago 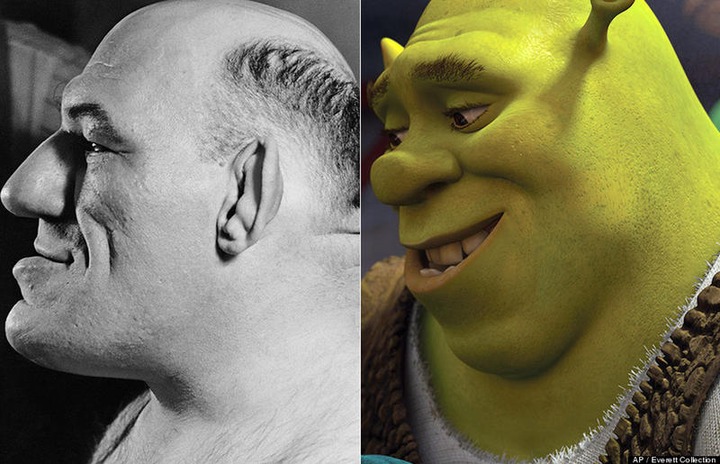 It's no certainly something to drag about, most of us most have heard about the movie SHREK. It has always been our childhood movie which about 94% must have watched. 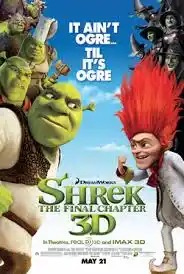 The main character with perhaps an ugly face with tall rumpled ears. You could recall in the story, an old Ogre called Shrek (Myers) finds his swamp overrun by fairly tale creatures who have been banished byghe corrupt Lord farquaad (Lithgow) aspiring to be king. Shrek makes a deal with farquaad to regain control of his swamp in return for rescuing princess Fiona (Diaz), which farquaad intends to marry.

But the movie is more above mere comprehension. Most think that the 'SHREK' was actually a non-fictious inspired by Maurice tillet a French professional wrestler. Alot of person's believe with facial evidences that 'SHREK' was acted probably to tell about Maurice Tillet. 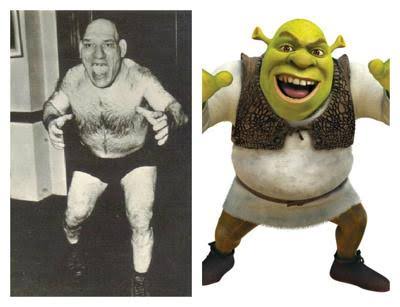 And now one might be wondering who this guy is. Scroll down to read about Maurice Tillet and what brought about his condition similar to the protagonist in the 'SHREK'.

Maurice Tillet was born on 1903 in Russia to French parents who soon moved back to France to raise their son. By all accounts, he had a relatively normal childhood with no major health issues. In fact, he had such a cherubic face that he earned the nickname "The French Angel" in the course of his wrestling career, but wrestling wasn't always Tillet's dream. He initially hoped to become a lawyer. That all changed, however, shortly after his 20th birthday. 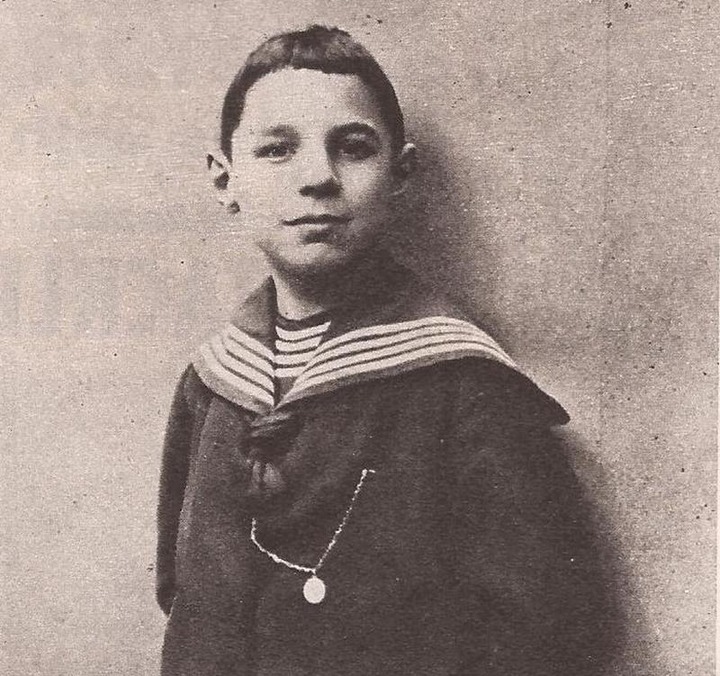 As he entered his twenties, Tillet started to notice unusual swelling in his hands, feet, and head. When the issue persisted, Tillet sought medical attention, and after running a battery of tests, the doctor gave Tillet a chilling diagnosis: He had acromegaly. You know what that is?

It's a medical condition that causes a benign tumor to grow on the pituitary gland in the brain. The tumor causes the pituitary gland to release excess amounts of growth hormones, which means the tremendous growth spurts that a person experiences in childhood continue unabated into adulthood in patients with acromegaly. People who suffer from acromegaly are much larger than the average adult, with bones that thicken as they lengthen. The bones in their hands, feet, and face are affected the most. As you can imagine, this greatly alters the appearance of the patient. 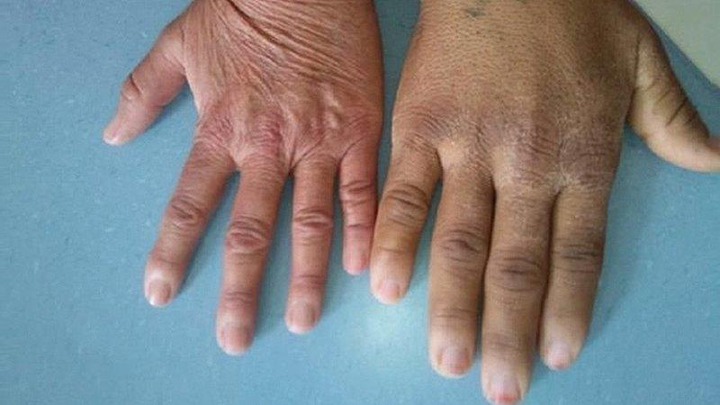 As his acromegaly progressed, Maurice Tillet's once angelic face drastically changed. His jaw took on a square shape as it grew, protruding slightly, and his entire face broadened. His skull elongated until his ears appeared out of place. His hands and feet were gigantic, and he had to relearn how to navigate the world with giant mitts and clumsy feet. 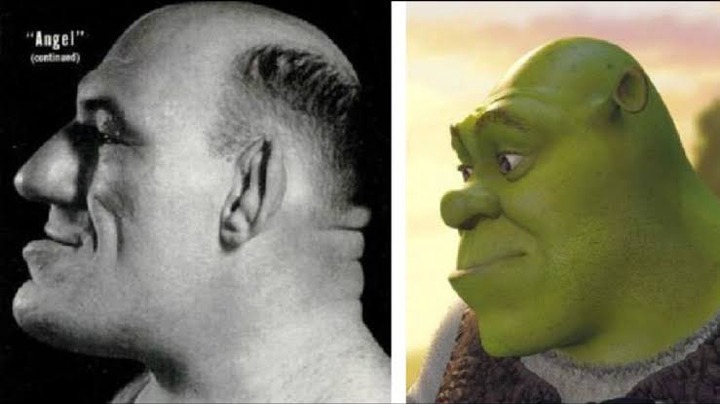 As he grew disillusioned by his diagnosis—a career in the legal profession was right out—Tillet made the acquaintance of a professional wrestler from Lithuania named Karl Pojello in 1937. Pojello was impressed by Tillet's powerful build and persuaded him to become a wrestler, even moving to Paris to train him. Tillet found moderate success as a professional wrestler in France and England until the outbreak of World War II, when he immigrated to America. 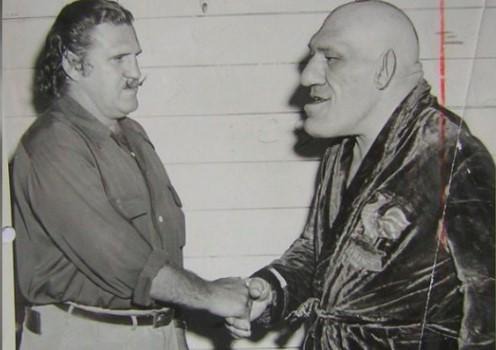 In the early 1940s in Boston, Tillet connected with wrestling promoter Paul Bowser, and it was here where he truly flourished as a wrestler. He maintained an undefeated winning streak for more than a year and a half, holding the title of AWA World Heavyweight Champion from 1940–1942. He even inspired a slew of imitators: The Irish Angel, Russian Angel, Czech Angel, Canadian Angel, etc. Only one of them—Paul Olaffsen, the Swedish Angel—also suffered from acromegaly. 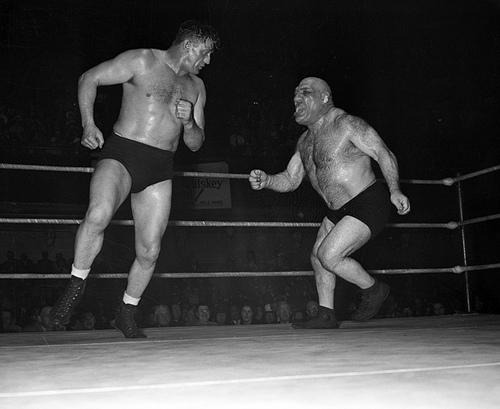 Unfortunately, as with nearly all acromegaly patients, Tillet's condition cut his life short. At the age of 51, his heart and vascular system could no longer keep up with the demands of his oversize frame, and he died of cardiovascular disease on September 4, 1954 in Chicago. A few years before his death, however, Tillet allowed a Chicago-area sculptor named Louis Linck to craft several plaster busts of his face to both commemorate his wrestling career and document the effects of acromegaly. One of Linck's busts of Tillet is currently housed at the International Museum of Surgical Science in Chicago.

Now with all this photos, does Maurice resemble Shrek?

it's clear that he bears more than a passing resemblance to the lovable ogre, from the protruding jaw to the lopsided grin to the minuscule and misplaced ears. Still, there is no concrete prove that Shrek's appearance was based on Tillet. It could simply be a coincidence. 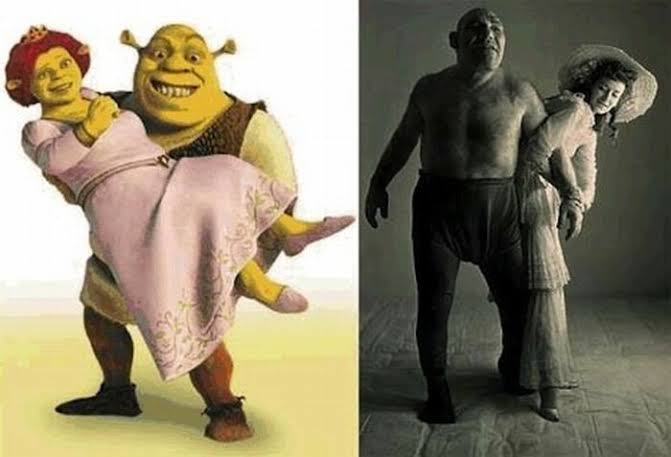 After all, it's not like Tillet was the only high-profile figure who suffered from acromegaly. Although the disorder is rare, its effects result in such striking features that those who suffer from it often use their appearance to make money (and often have no other choice). Andre the Giant, a fellow professional wrestler and actor best remembered for his role as the cuddly brute Fezzick in The Princess Bride, also suffered from acromegaly. 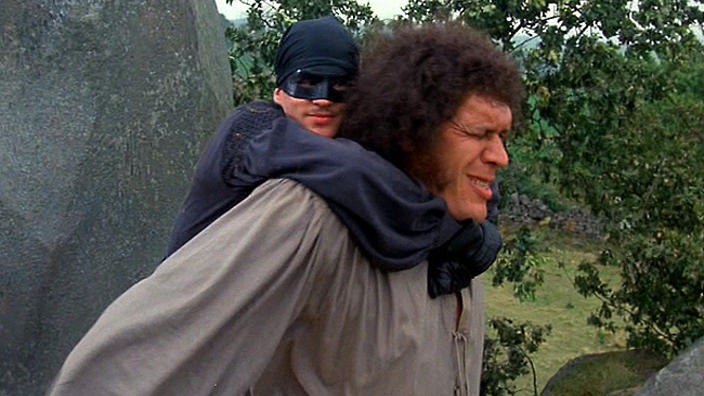 Other performers afflicted with the disorder include the 6'9" Ted Cassidy, who played Lurch in The Addams Family, and Richard Keil, who played the villain Jaws in the James Bond movies The Spy Who Loved Me and Moonraker. Shrek's appearance could have been influenced by any or none of these men, and although it might be a dubious honor to inspire a literal ogre, he does have a way with the ladies (not unlike Andre the Giant himself).

Thank you for visiting our hub; and please follow our hub for more of weird facts on Everythingtalk.

Content created and supplied by: Everythingtalk (via Opera News )