Setien: faithful or stubborn? Everything wrong with Quique's in-game subs 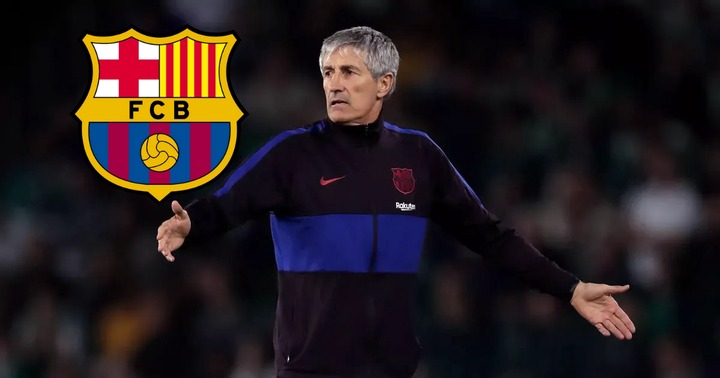 I came across this brilliant tweet a few days ago and it has really got me thinking.

So I decided to find out which is true about Quique Setien. After all, many have been critical of him for not having his subs right.

Let's take into consideration all the post-quarantine matches won by a one goal margin of our three draws. Here's how things developed. Uninspired match from us. The coach used only 3 subs out of the 5 allowed. Two of them came very (too) late. The Catalans struggled in the first hour but found their way to the goal in the 71st minute thanks to Rakitic.

This time, Setien used 4 out of 5 allowed.

Credit where credit's due. Thanks to the subs, Blaugrana at least managed to get the 3 points.

Luis Suarez made the score 2-1 in our favour in the 67th minute and the Catalans didn't have much to worry about until the Iago Aspas' goal in the 88th minute.

That day, Quique once again used only 4 subs out of the 5 allowed. Moreover, three of them came really late into the game.

With Celta pushing more and more, the subs couldn't properly get into the game and it cost us the win. After the second penalty granted to the visitors, Saul Niguez made the score 2-2 in the 62nd minute. With about 35 more minutes to go, how did the coach reinforce our line-up during the game?

Only three subs in a match that should've been a must for Catalans and two of them didn't help at all. If I remember correctly, Griezmann got to complete only two passes before the match was done. Shameful. We need to give more context to this game before judging whether the coach was right or wrong with subs.

First of all, he subbed in Fati early in the second half which was a good move, at least in teory. In practice, the forward was sent off after just four minutes on the pitch.

Our rivals had their player sent off three minutes later so the teams played the remaining part of the match 10 vs 10.

Suarez gave us the lead in the 56th minute and the most important thing Barca had was to defend the lead. With that in mind, here come the subs. (Only 4 out of 5 possible, of course) In this match, we got the lead early thanks to Vidal's effort in the 15th minute. Perhaps Setien was in the mood for a few experiments that day and the changes he did were quite inventive.

I don't want to make a definitive conclusion on whether Setien is good or bad at making subs, I'll leave that to the redear.

But going back to the tweet I started with, I'd say Setien is more on the 'stubborn' side. And he needs to change that if he wants to continue at Camp Nou.