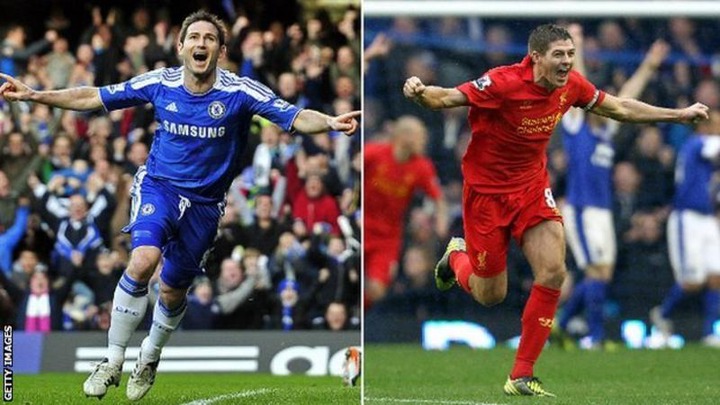 Without any doubt, they were arguably two of the best midfielders of their generation. The role they played in the success of their teams and similar playing styles means they were forever compared.

Frank Lampard began his Premier League career at West Ham, making his debut as a replacement for John Moncur in West Ham 3-2 win over Coventry in January 31, 1996. Gerrard top flight career started with Liverpool two years later and he spent his entire career with the Merseyside club.

Lampard will remain in the Stamford Bridge hall of fame with the midfielder 211 goals making him the Blues leading scorer of all time, while Gerrard's contribution to the Liverpool success during his time was unrivaled.

Gerrard never won a league title, the closest Gerrard came to winning the league title with Liverpool came in 2013/2014 season but his infamous 'slip' against Chelsea will always haunt him.

Both players ended their careers in the Major Leagues Soccer, Frank Lampard featured for the New York City FC and Steven Gerrard for the Los Angeles Galaxy

Below are the stats of both players for clubs and international competitions. Who will you consider the best of the two? 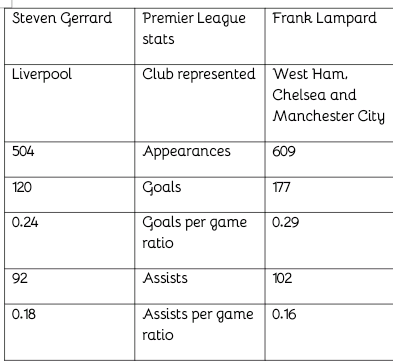 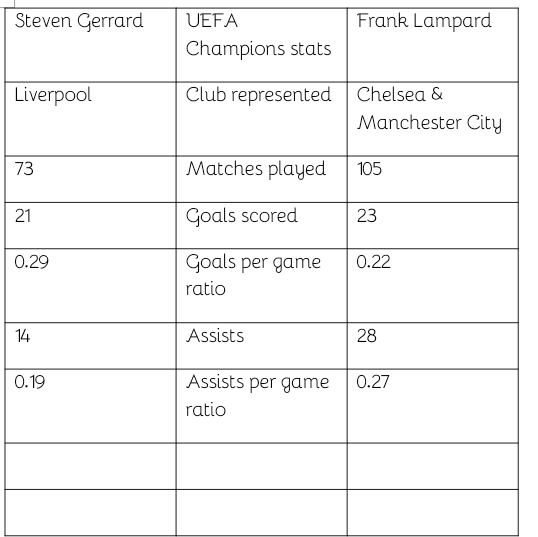 International stats of both players 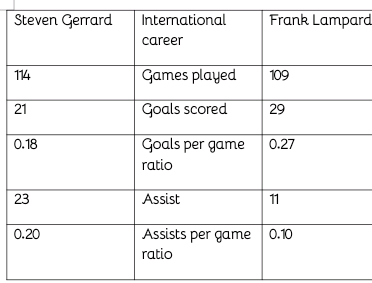 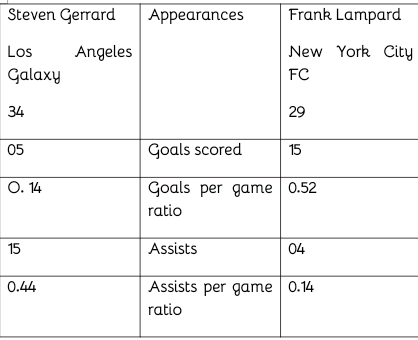 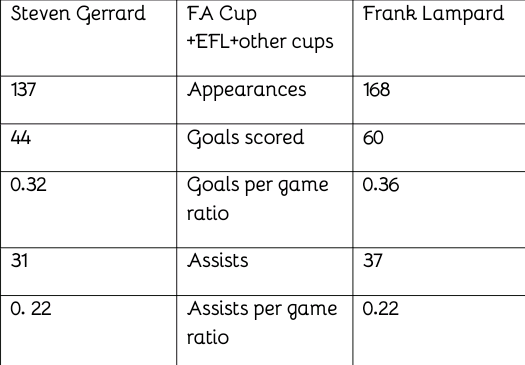 Trophies won by the two players 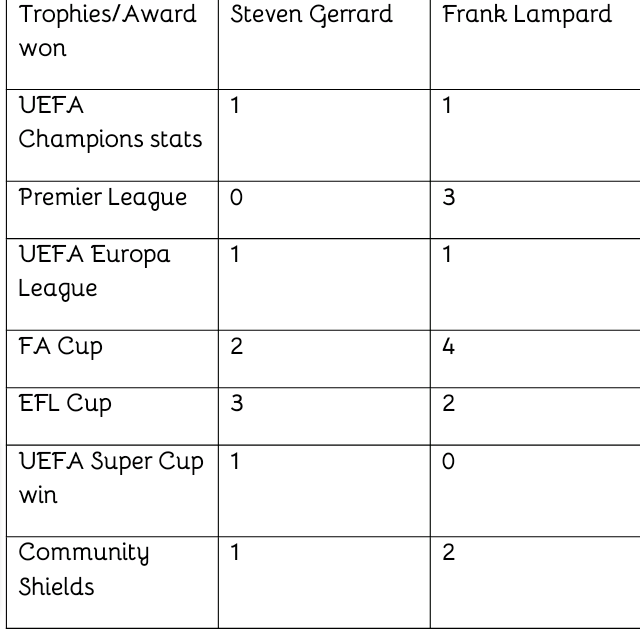