Arsenal is left with just a step to lift the English FA cup after 2:0 win Manchester city

By Kwadotex (self media writer) | 2 years ago

Arsenal played against Manchester city on an FA cup semi final today. The match which began by 8pm at Wembley stadium have ended with 2: 0 win for arsenal.

Manchester city were dominating the ball until Aubamyang came up with a professional goal at the 19th minutes of the match. Manchester city tried everything possible to equalize it on the half time but arsenal defense was to strong to break. 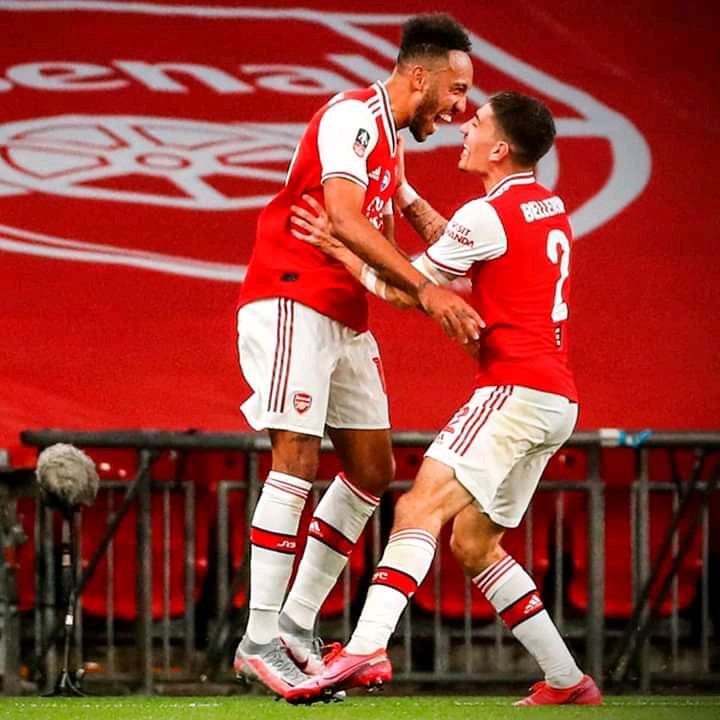 The halftime ended in the favour of arsenal. Manchester city did not give up on the match when they returned for the second half. They were creating a lot of chance but goals was not coming.

Aubamyang who scored the first goal ended Manchester city hope of winning the match when he scored the second goal from a long pass. What then does this mean, Manchester city is out of FA cup while Arsenal await the winner between Chelsea and Manchester United tomorrow. A big congratulations to Arsenal football club.

Content created and supplied by: Kwadotex (via Opera News )