I would Take Him At Manchester United Every Day Of The Week: Rio Ferdinand On Harry Kane 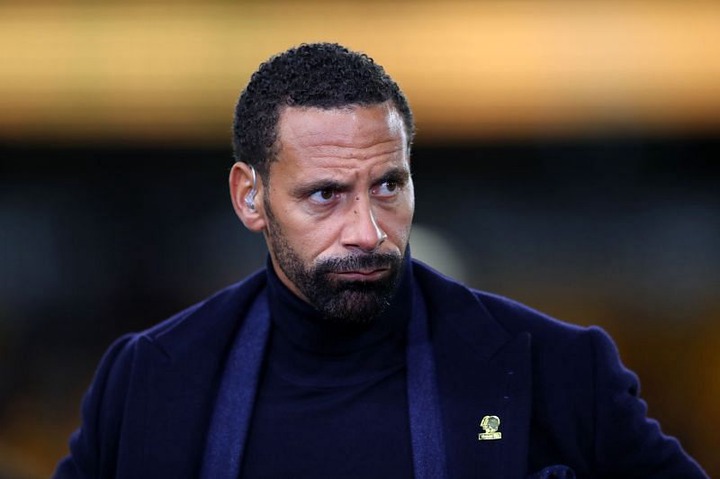 Manchester United legend Rio Ferdinand has said that he would like to see Tottenham star Harry Kane in a Red Devils jersey. This was after he dismissed a remark attributed to him regarding the England international and Manchester United.

Manchester United have been in the market for a lethal striker as they look to bolster their squad for the coming season.

Anthony Martial has proven unreliable this season, while Edinson Cavani is in the twilight of his career and also rumored to be seeking a move away from Old Trafford, Manchester United have been linked with a few big-name strikers.

While the Reds have been heavily touted to make a move for Dortmund’s sensation Erling Haaland, Harry Kane has also been linked with a switch from Tottenham.

“You for Haaland, you go for Mbappe and if you can’t get them two, you go for Harry Kane.“I’m surprised because I know Rio is a big advocate for top players and especially English ones. But if you’re looking at Man City or Man United who will be looking for No.9s in the summer Harry Kane has to be right at the top of your list.

“There isn’t really anyone better than them three as complete centre-forwards. Alright he’s had his injury problems, he’s 27, but he’s still unbelievable, he’s doing it week in week out in the Premier League."

However, Ferdinand has now come out to quickly to respond to O’Hara remarks, revealing that he is, in reality, a fan of Kane.

The duo of Anthony Martial and Edinson Cavani have scored a combine 10 goals so far in the Premier League, highlighting the Reds’ struggles at the attacking end of the pitch.

In stark contrast, Harry Kane has scored 16 goals in the Premier League, and provided an impressive 13 assists so far.

The Englishman has proven to be one of the finest strikers of his generation and one of the best ever to grace the Premier League.

Signing a player of his caliber will be an excellent addition to Manchester United and will undoubtedly boost their hopes of silverware next season.