By Adeprecious (self media writer) | 1 year ago

The English starlet’s emergence on the Red Devils’ radar was no surprise and over the recent months, he has rapidly become United’s number one target. 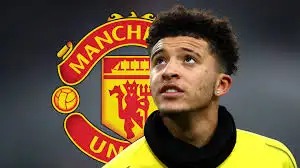 While the post-pandemic economy may have not necessarily seen the Old Trafford outfit play hardball over the starlet’s pricetag, recent trends have suggested that the only thing keeping the deal presently in limbo is the inability between the two clubs to decide on a common transfer fee.

Manchester United are closing in on a transfer agreement for Jadon Sancho. It is understood that Ole Gunnar Solskjær is adamant to land the player. 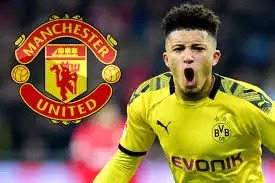 In particular, the Norwegian gaffer is looking to bolster an all-English attacking trident for the next campaign. A front-three of Marcus Rashford, Mason Greenwood, and Jadon Sancho would certainly be any defence’s nightmare.

Incidentally, this would leave out the in-form Anthony Martial. However, it is likely that Solskjær is more eager to have several attacking choices to choose from and the prolificacy of his options up-front and their interchanging tendencies makes this a given.

The United legend is eager to make his attacking options replicate the brilliant company he shared during his illustrious years at Old Trafford. 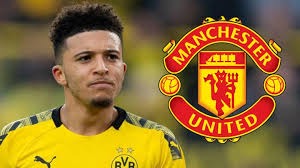 If the deal goes through, the side will certainly have an enviable plethora of players. Martial and Greenwood would be great attacking duos to deploy and given the latter’s youth, a transition season will also be great for him to fight for his place in the starting lineup. Daniel James as back-up on the right-wing would be great too and at least until January, Odion Ighalo presents a trusty trump card.