The Reason I Could Not Win Any CAF Award - Okocha

Super Eagles legend, Austine Okocha has said not winning the famous African footballer of the year award before he retired was his biggest career regrets and the only reason for the inability was that he was not destined to be. 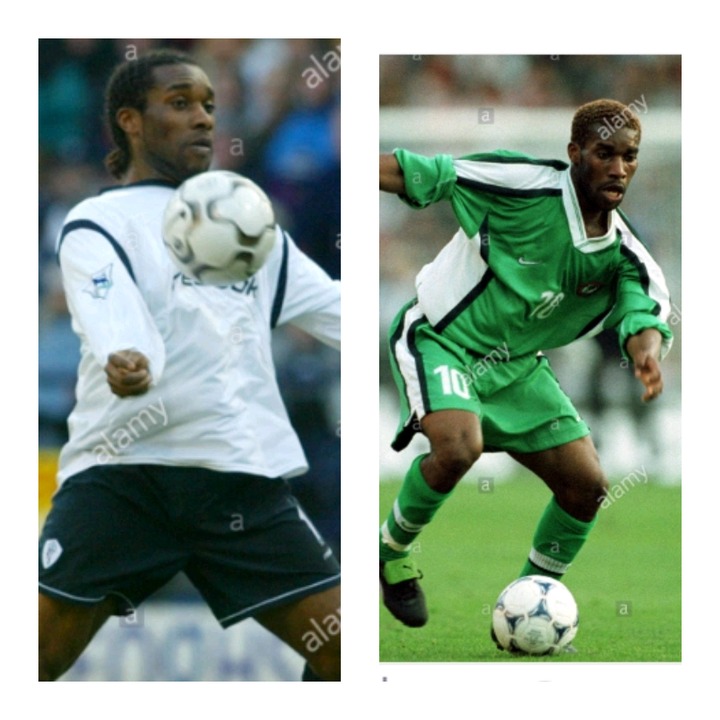 Okocha was undoubtedly one of the most gifted players from the continent of Africa but he failed to win the CAF award, after being nominated twice for the award.

The former Super Eagles Captain, even though, came close to winning it twice but, unfortunately for him, he narrowly lost to Mustapha Hadji of Morroco in 1998 and Samuel Eto’o of Cameroon in 2004.

Even though, Austin Okocha has won the BBC African footballer of the year three consecutive times and he has played for both national and international teams and club. So he merited to win the award, and he has an equal right to it.

Okocha said during an interview that, he doesn't want to sound greedy or selfish, neither was he trying to feel proud. He said he had a remarkable career and all he could, even though he never thought he would make it that big.

But of course, when he looked back, there’s always a time that he says "oh, maybe you could have done it a bit better than you did", " or maybe you should have put little more efforts" and so on. And if he is to say, he will say, "he really regret not winning the African Footballer of the year.”

He proceeded that he labored well enough to have won it because it was not by accident that he won BBC player of the year three years consecutively. Now he is unable to win the CAF award, "maybe I was not meant to have it,” he said.

According to Austine Okocha, the only reason he was unable to win the CAF award could be that he was not destined to have it.

Did Okocha deserve the CAF award?

Do you believe in destiny or fate?