UCL: How Group A, B, C, D table looks & teams most likely to qualify from each of the 4 groups

By SportsBible (self media writer) | 25 days ago

Clubs that were drawn to groups A, B, C, and D in the Champions League were in action on Tuesday. The clubs in the 4 groups didn't disappoint as there were plenty of goals in what were mostly entertaining matches. Following those matches, the group table is gradually taking shape so we can tell the teams that are likely to go through to the next round. Below are the groups.

Although Manchester City is now 3rd in the group as Club Brugge beat Leipzig 2-1 away from home, They should at least be able to finish in the second position given the quality they have. 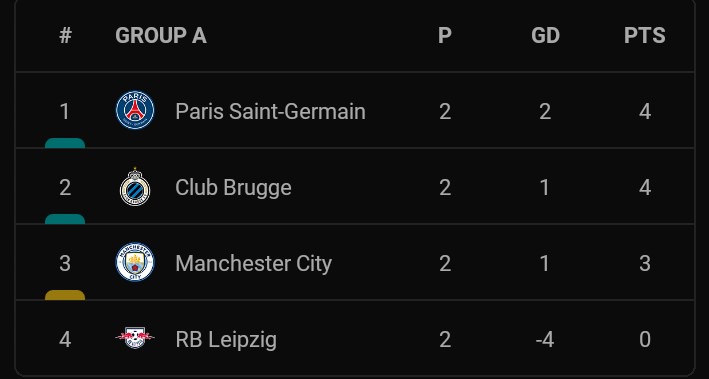 Atletico Madrid couldn't find the back of the net early in the game despite having the numerical advantage following Franck Kessie's red card in the 29th minute. However, they eventually took full advantage thanks to Antoine Griezmann and Luis Suarez who both scored very late in the game.

That win was not enough to take the Spanish side above Liverpool who were once again dominant. However, it puts them in a strong position to qualify for the next round as they are now 2nd in the group. The Reds beat Porto 5-1. Mohamed Salah scored 2 goals, Roberto Firmino scored 2 while Sadio Mane had 1. 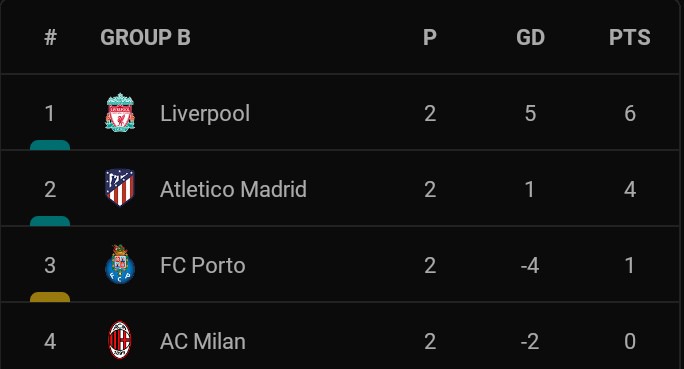 The winning margins were not as big as it was in matchday 1 but Ajax and Borussia Dortmund won comfortably again. That leaves Besiktas and Sporting CP bottom of the group and with much to do. It will be a shock if one of them manages to qualify. 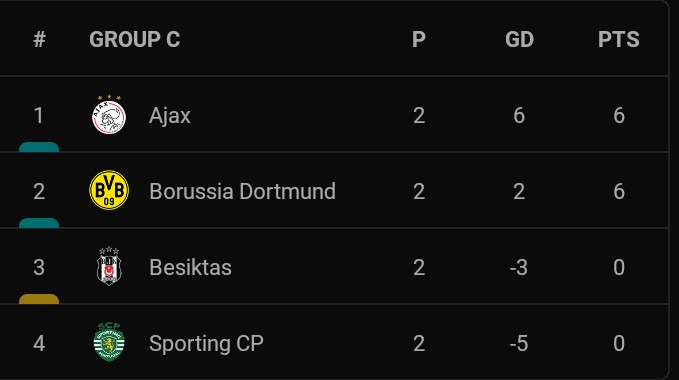 FC Sheriff beat Shakhtar Donetsk on matchday 1 to produce a shock result. They have bettered it this time around as they defeated Real Madrid 2-1 away from home. They currently top the group and would fancy their chances to qualify after the match between Inter Milan and Shakhtar Donetsk ended in a scoreless draw. 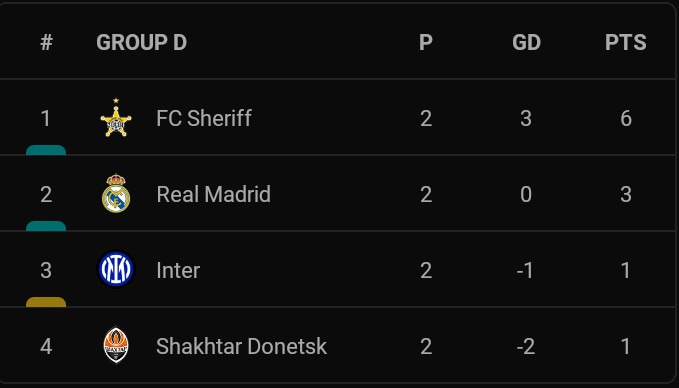