By Eriba (self media writer) | 5 months ago The Ballon d'Or is the most prestigious individual award in world football and rightly so because it is given to the best player in that particular time frame. This award has been won by many legendary players over the years, with legends like Luis Figo, Kaka, Ronaldinho and the great Zinedine Zidane also having one for himself.

This award is very highly coveted and any decision not pleasing fans is always very controversially dealt with. An example of this was the awarding of Luka Modric over Cristiano Ronaldo in 2018. As far as the award goes it has only been won by a Premier League player twice in the last 20 years and they are explained below: 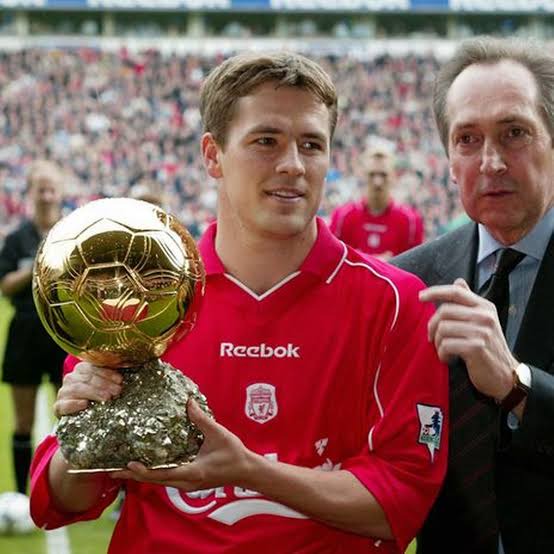 Liverpool's First-ever Ballon d'Or winner came in 2001 as a young Michael Owen at that time stunned the world by winning the award. it was no surprise that the young player at the time would win the award because of his excellent performances that season.

Owen won the UEFA Cup, The FA Cup and the League Cup in the same season en route to being crowned the best player in the world that year. The Liverpool star beat Real Madrid's Raul, Bayern Munich's Oliver Kahn, Manchester United's David Beckham and AS Roma's Francesco Totti to the award. 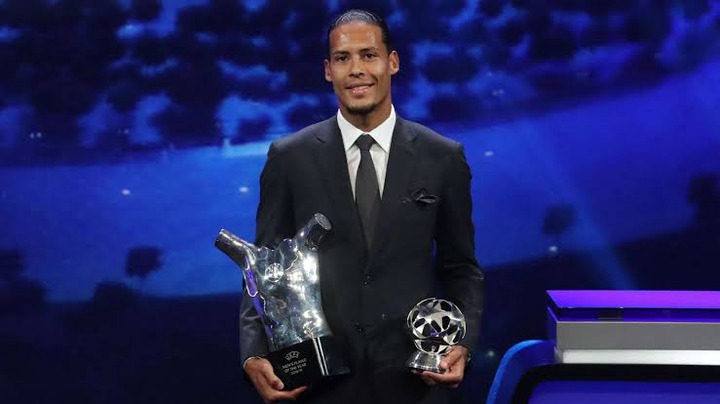 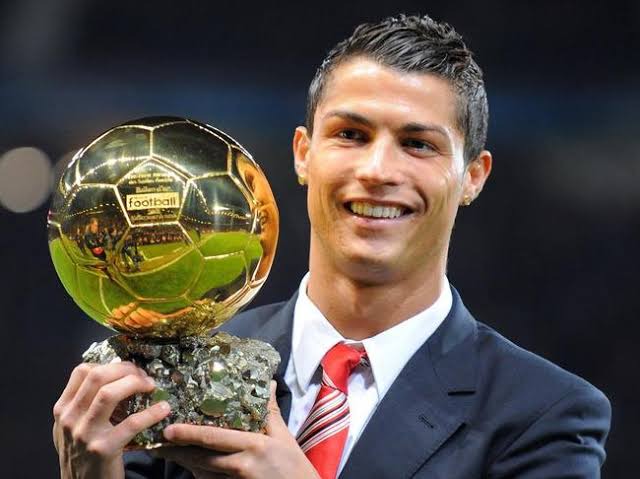 As it always is with Cristiano Ronaldo, much explanation is not necessary as he has always done his talking on the pitch. The legendary player often referred to as the Greatest of all time started his illustrious Ballon d'Or journey in 2008 with Manchester United. Ronaldo who at the time was still a wide man in a 4-4-2 formation won the award after showing his exceptional dribbling on the ball and his eye for goal that season.

Ronaldo is the 4th Manchester United player in history to win this award and he won it over the likes of Lionel Messi, Fernando Torres, Iker Casillas and Barcelona's Xavi. Ronaldo who was 23 years old at the time of his win was just completing a season where he has also won the Premier League, Champions League and scored 42 goals. 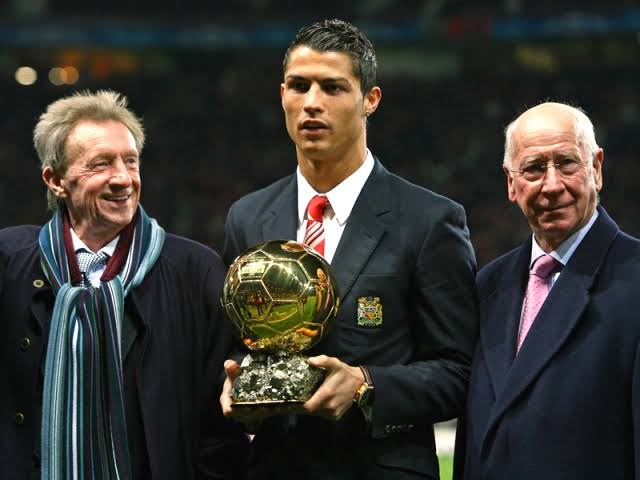 He then became the first Portuguese to win the award since his fellow countryman Luis Figo did in 2000. It has been better from that point onwards for the Portuguese as he claimed the award four more times and followed the footsteps of his namesake Delima Ronaldo, by winning the award for two different clubs.

What do you think about these two stars and their Ballon d'Or wins? Make your opinion known in the comments section.