7 Players Arsenal Should Have Never Sold

Many of Arsenal's top players have left the club throughout the years, and the fans have always expressed their grief. It has clearly come down to the club's failure to win any significant trophies in the last 15 years or so. Here, we'll look at the top seven players Arsenal should not have sold and the top five players they sold too soon. Which former Arsenal players went on to have successful careers at other clubs? 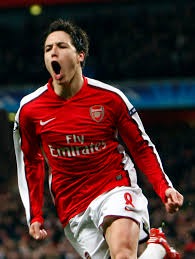 Samir Nasri only lasted one season with Arsenal before alleging that the club lacked ambition, despite the fact that Manchester City had given him a large sum of money. The only regret is that he was a part of Wenger's future plans. His departure would not have been as traumatic or disruptive if he had not left at the same time as Cesc Fagregas. 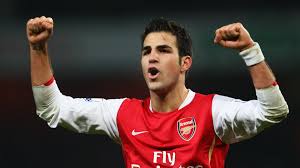 Arsenal ultimately gave in after eight years in north London and a couple of seasons of prodding from Barcelona, allowing Cesc to return 'home'. When most Gooners see him in a Chelsea shirt, they feel a pang of remorse and wonder where it all went wrong. Granted, the Spaniard wanted to return 'home,' but there was a lot more to consider, particularly the club's perceived 'ambition' as it battled to pay for the Emirates, which most likely affected the playmaker's decision. Although it was not Arsenal's fault that he departed, the sale of Cesc remains a controversial decision among Gooners. 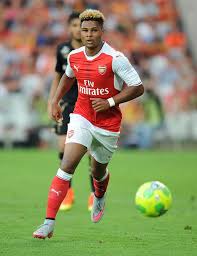 Gnabry will most likely be the one that got away for Wenger. When Arsenal recruited the wide man in 2011, it was evident that the German's style of play was something special. Injury and failed loan spells wore Gnabry down, and instead of signing a new deal with Arsenal, the club that had remained with him and was still willing to give him an opportunity, he decided to jump ship to Werder Bremen. Bayern Munich swooped in and signed him a year later. 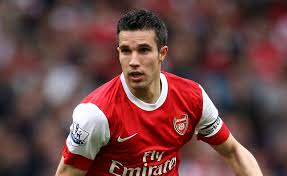 When Robin Van Persie was forced to leave Arsenal in 2012, the club did not have much choice, but a move to their immediate rivals could and should have been avoided. During his final years at Arsenal, the Dutch striker was at his finest. He was the captain and leader of the team, having scored 132 goals in 280 games. When Alex Ferguson came calling, the Gunners elected to keep the £24 million, and Van Persie went on to help the Red Devils win the Premier League. For many Arsenal fans, the departure was heartbreaking, but the striker's attitude towards his former club quickly turned sour, making him entirely unwelcome at the Emirates. 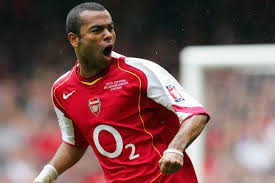 Ashley Cole's transfer to Chelsea, like that of Robin Van Persie, should have been stopped right away. The English left-back was a major player of the Invincibles' team, who won the Premier League twice and the FA Cup three times. Arsenal endured a protracted and drawn-out transfer drama that ended in disaster. They ended up selling one of their finest players, William Gallas, to a championship contender for £5 million (even though he was decent during his time with the Gunners the trade was not worth it). Cole went on to win the Premier League twice more with the Blues, as well as the FA Cup four times and a Champions League medal. Arsenal have failed to sign a player of his ability in the left-back position in the ten years since the 107-cap Englishman left the Emirates. 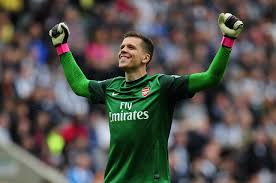 Arsene Wenger previously hailed the Polish international as a future great goalkeeper. The goalkeeper joined the Arsenal academy as a promising player in 2006 after joining Legia Warsaw. Szczsny had lost his manager's trust after a series of gaffes in the league and was sent on loan to Roma. Juventus, on the other hand, saw Szczesny's potential and required a new goalkeeper as Gianluigi Buffon approached retirement. Many will claim that Wenger made a huge mistake by selling Szczsny given that Petr Cech is nearing the end of his career. 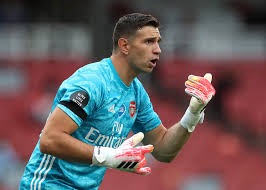 A year after selling Emiliano Martinez for £20m to Aston Villa, Arsenal were looking to replace Bernd Leno. A mess only Arsenal could create. Mikel Arteta just had to accept that his best keeper had requested a deserved No.1 slot. Like an Arsenal boss, he kept everything open and uncertain. Arteta wasn't ready to demote Leno and would agree to the sale of the Argentine. 10 months is a short time to prove you are better than your club's "best". But Martinez was certain in net. He was decisive from the back, which Arteta required, and he was good enough to get a hand on the sweetest of blows. Martinez solidified his reputation as one of the greatest in the Premier League last season by finishing third in the Golden Glove contest.