By Malikings (self meida writer) | 23 days

You may be wondering why Barcelona are the club with the greatest Midfield trio of all times. Well, if you haven't watched Barcelona style of playing football in few years back, then you can't know the true meaning of the Tiki-Taka. Barcelona are one of the toughest clubs in the history of football and are popularly known for their Tiki-Taka.

Tiki-Taka simply means giving and receiving at the same time, there are no lack of communications between the players because they understood themselves very well. Players with accurate passing abilities are those that can only match the true meaning of the Tiki-Taka.

Iniesta and xavi are players with one of the best passing abilities, they pass accurately and links up well with Lionel messi. These three players understood themselves on the pitch and thats how the Tiki-Taka was formed. 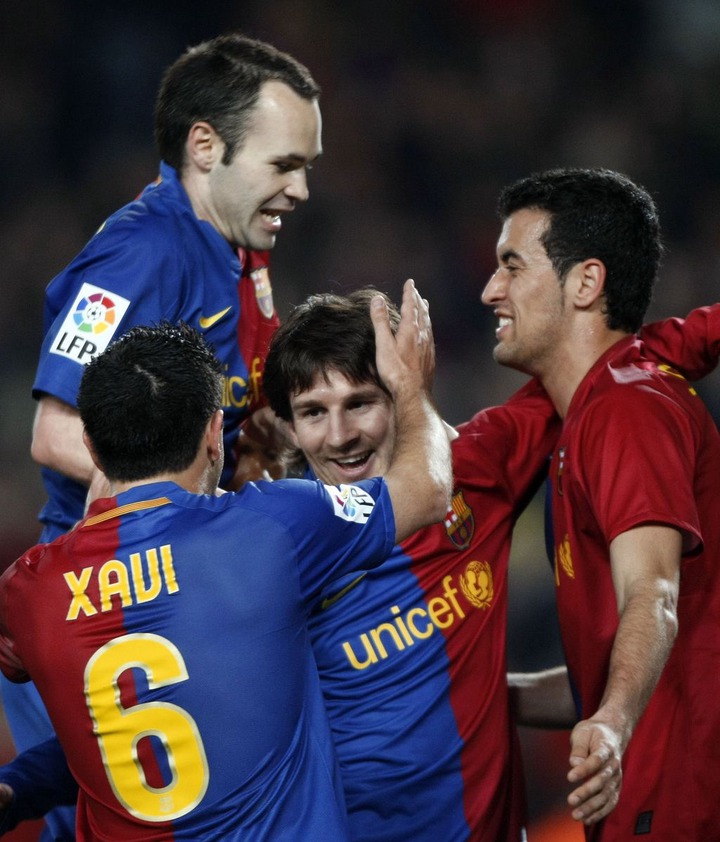 Photos of Davido with his children, Imade, Hailey and Ifeanyi Adeleke