Aside from the 5-0 thrashing of Manchester United by their rivals Liverpool, one other talking point in the shameful defeat was the unsporting behaviour Cristiano Ronaldo exhibited against Liverpool midfielder Curtis Jones in the 45th+ minutes of the encounter on Sunday.

Apparently, Curtis Jones fell to the ground after successfully covering and guarding a ball close to the touch line of the Liverpool defence area, shielding it from Cristiano in the process. The referee's whistle blew as Jones was down, signalling a foul on him by Cristiano. Whether Cristiano Ronaldo heard the whistle is open to another debate. 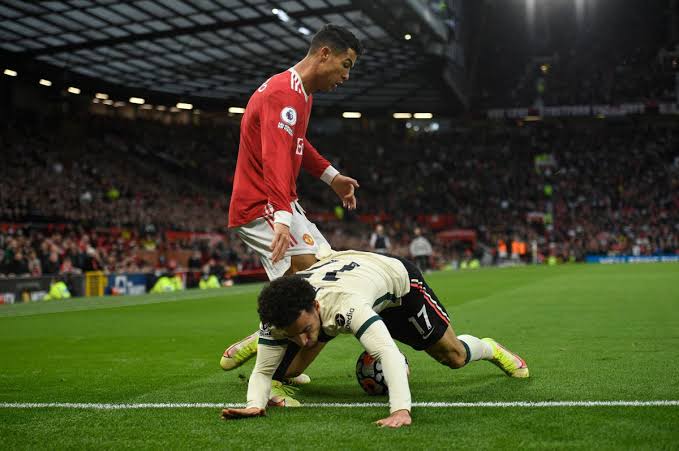 However, simultaneously to the whistle, Ronaldo went in for a violent tackle while the ball was tucked in between Jones's abdomen, and as God would have it, Jones managed to go unhurt. The manner in which he made the tackle was definitely way out of line. And at that point, in my opinion, he deserves a red card, not just a caution. But instead of a red card, he was given a yellow. 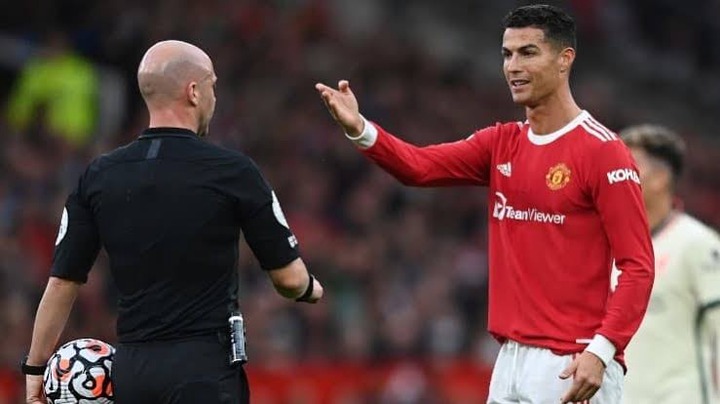 It was not exactly clear why Ronaldo's Unsporting Behaviour was not deserving a red despite VAR intervention. But I did look up the replay again and did my own findings, and I realised that despite hitting the ball, his tackles on Jones had a lot of question marks all over them, and those marks all pointed to why he should have been red carded and not given a yellow card as the case was.

Then finally, he intentionally and angrily went for a violent kick on Jones. At this stage, it was very clear that he was frustrated and took his frustration out on Jones, and his actions even endangered the life of the midfielder who was lying on the ground. 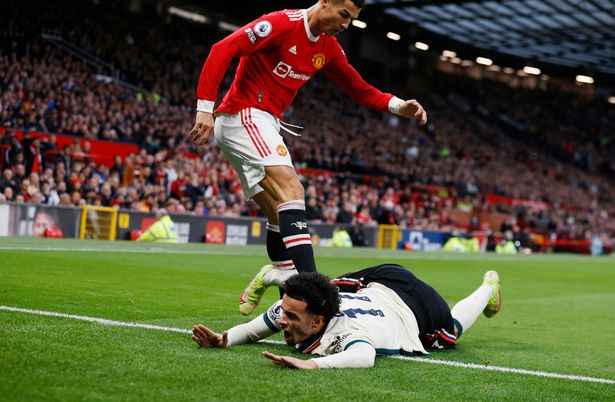 According to LAW 12 of the laws of the game, the offences deserving a red card are as follows:

1. Using a handball to obstruct a clear scoring opportunity

2. Receiving a second yellow card in the same game

There is no point in explaining what constitutes violent conduct and serious foul plays in a football match, but I'm sure it's clear for all to see that what Cristiano did to Jones was an outright red. He was very violent with his kicks, it was indeed more than a serious foul. He was surely way out of line. How the referee decided it was a yellow card offense still amuses me.