Chelsea manager Thomas Tuchel has admitted that his former club, Paris Saint-Germain, tried to lure Manchester United midfielder Bruno Fernandes while he was attracting interest from various sides across Europe.

Tuchel, who won two Ligue 1 titles with PSG, conceded that the French powerhouse wanted to snap up Fernandes from Sporting CP in January 2020. 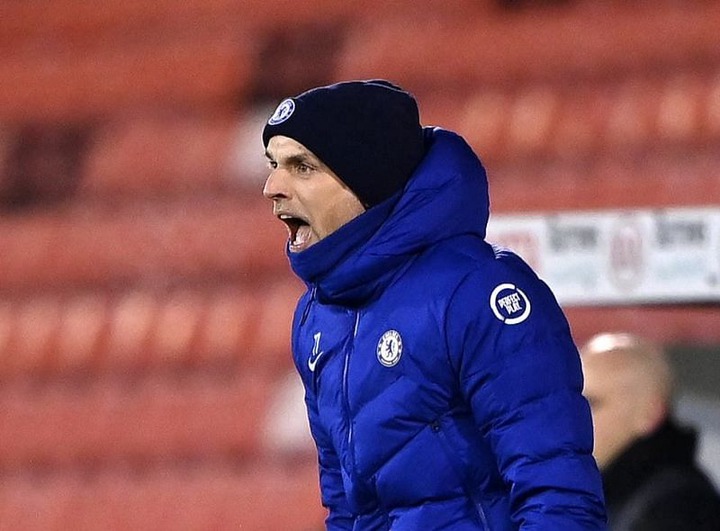 Ahead of his side's fixture against Manchester United, the Chelsea boss has revealed that former PSG director Antero Henrique's Portuguese connections improved their chances of buying Fernandes. The Chelsea boss stated in this regard:

"With my first sporting director in Paris, Antero Henrique, a Portuguese sporting director, and he knew [Fernandes] very well. We fought hard to have a connection to him and to bring him to our team. I got made aware of him more in detail, so we watched more and more games about him and followed him and tried to be in touch with him to make it happen."

Tuchel further added that it would be a challenge to play against Manchester United's talismanic midfielder simply because his impact has been 'indescribable'.

"Obviously, he decided [to sign for Manchester United], and it is bad for us that we have to play against him. The impact he has had since he arrived at Manchester United is indescribable and unbelievable. To come from Portugal, from a competitive team, a big club but not from the strongest league and stepping in a year to one of the biggest clubs in the Premier League and the strongest league in Europe and to have this kind of impact, I have nothing but the biggest respect for this guy," said Tuchel.

It has only been a year since Fernandes arrived at Old Trafford, but he has already become Manchester United's most reliable man in front of goal.

Manchester United's Bruno Fernandes could hold the key against Chelsea

Bruno Fernandes has already netted 22 goals across all competitions for Manchester United and added a further 12 assists to his credit.

In his brief time at Old Trafford, the midfield metronome has won four Player of the Month awards while often being the X-factor for his side in crucial games.

Meanwhile, Chelsea have only conceded two goals under Tuchel thus far, having shut out La Liga leaders Atletico Madrid in a Champions League clash in midweek. They have also faced the least shots on target since the German arrived at Stamford Bridge.

Fernandes' keen eye for goal, set-piece prowess and penchant to look for colleagues up front could keep the Chelsea midfield on its toes.

In other words, Bruno Fernandes, who is sublime both on and off the ball, could be key in unlocking Chelsea's solid defensive line.

Manchester United travel to West London later in the day, looking to close down the gap on their cross-city rivals and runaway league leaders Manchester City and keep their grim

Mothers, Here Are 30 Lovely Ankara Outfits You Can Rock This Weekend

Rapper, AKA releases official statement on the tragic death of his fiancee, Nelli Tembe