Update on Twitter Fight Between Aubamenyang and Kross Over Goal Celebration: See Who Ozil Supports.

By OGwrites (self media writer) | 2 years ago

Ozil Weighs In on the Twitter Fight Between His National Teammate and Club-side Teammate. 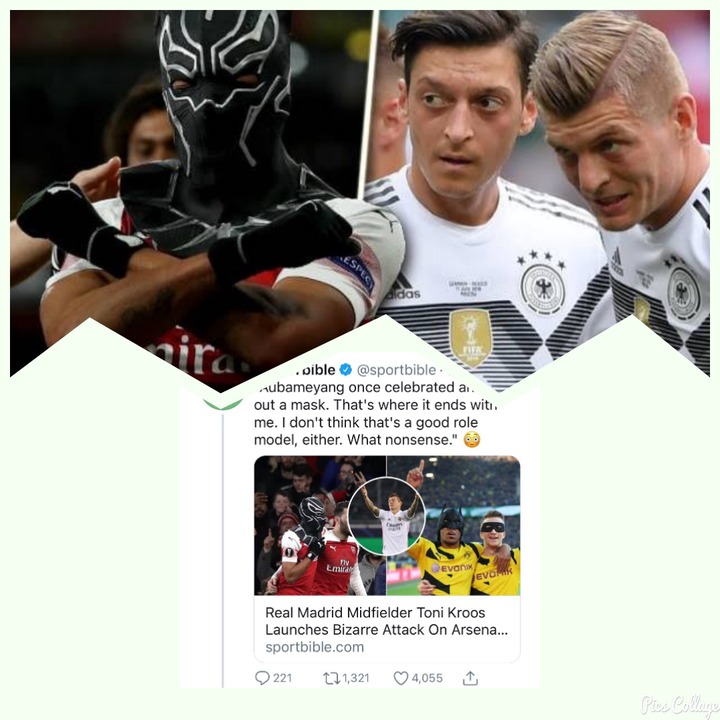 Football is one of the most followed Sports in the World.

Football is a game that is played by two opposing teams made up of 11 Players each.

The Winner of a football match is usually determined by the team with the higher number of goals.

Goal Celebration is the practice of Celebrating a goal scored by a player for his team.

A Goal Celebration by Gabon and Arsenal's Striker Aubamenyang were he wore a mask has generated reaction from German and Real Madrid Midfielder Toni Kroos.

He said, "Aubameyang once celebrated and took out a mask. That's where it ends with me. I don't think that's a good role model, either what nonsense". 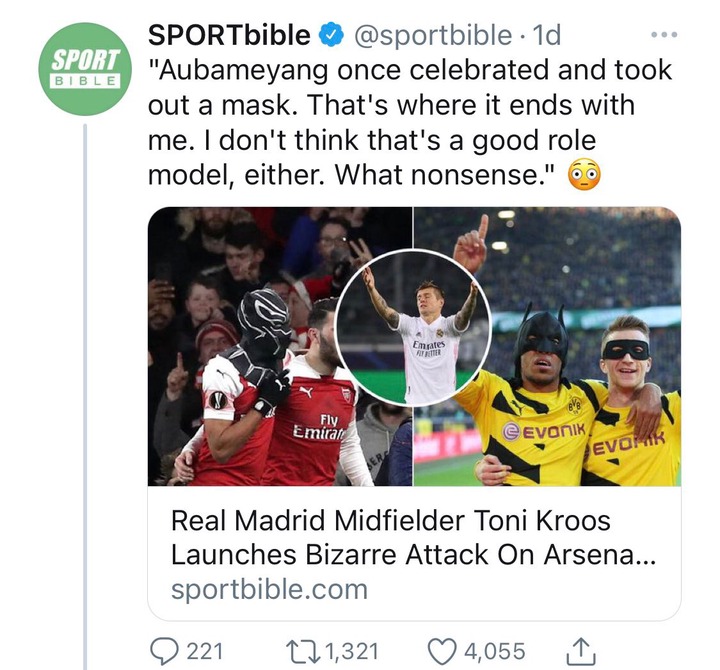 But his comment didn't go down well with Abumenyang who responded to Toni Kroos comments on his goal celebration via a tweet on his Twitter handle.

He said, "Does this Toni Kross have kids? 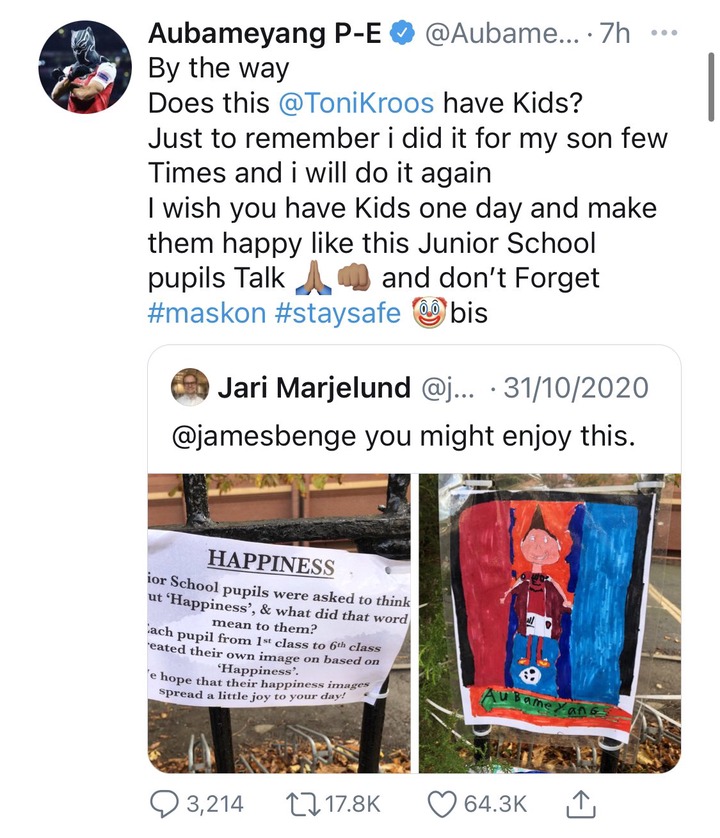 Toni Kross later responded to the question, he said,"This Toni Kross has 3 kids". 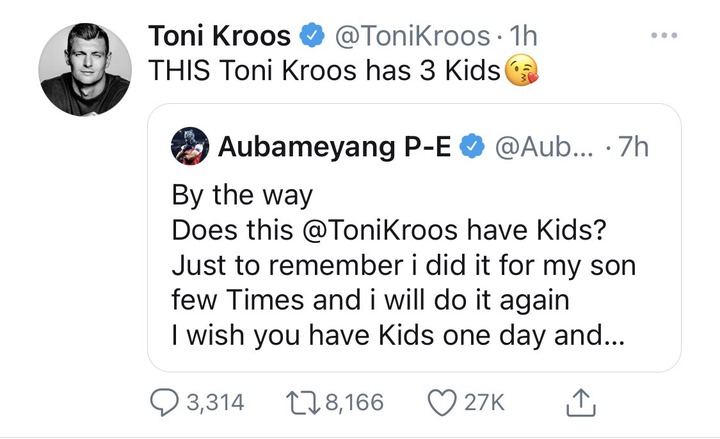 Abumenyang teammate at Arsenal, Mesilt Ozil has thrown his weight behind Abumenyang the midfielder made this know via a tweet on his Twitter handle were he reacted to a photo of Aubamenyang. 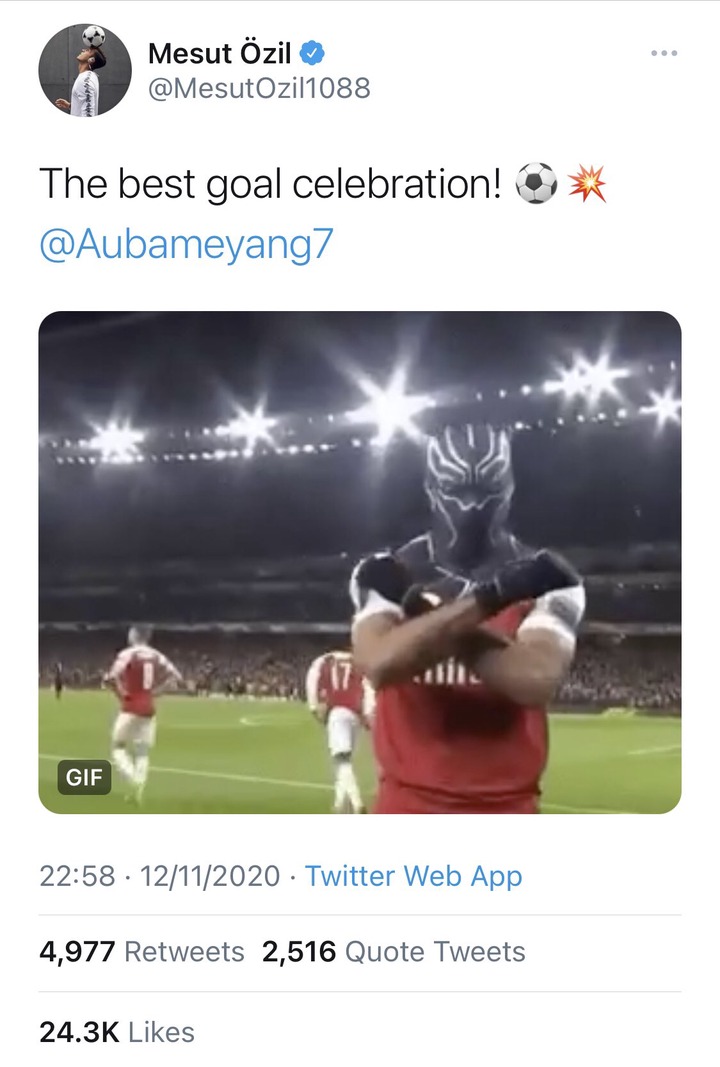 Aubamenyang later commended Ozil on Twitter for supporting him. 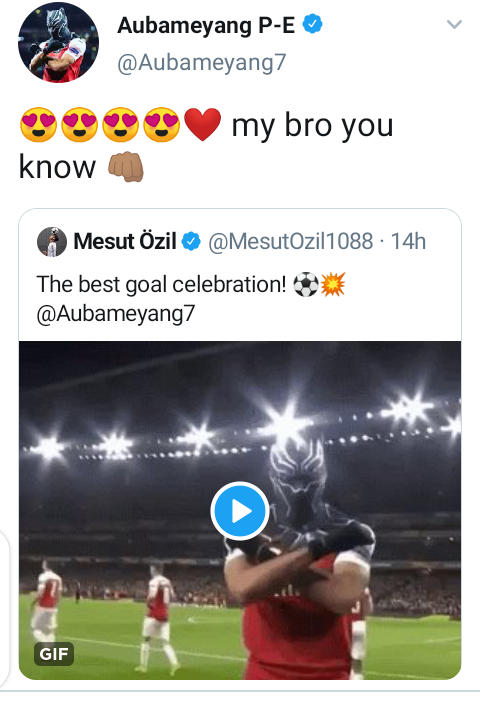 What are your thoughts on the Twitter Fight Between Abumenyang and Toni Kross.

Do you think it was nice of Ozil to support his club teammate ahead of his International teammate?