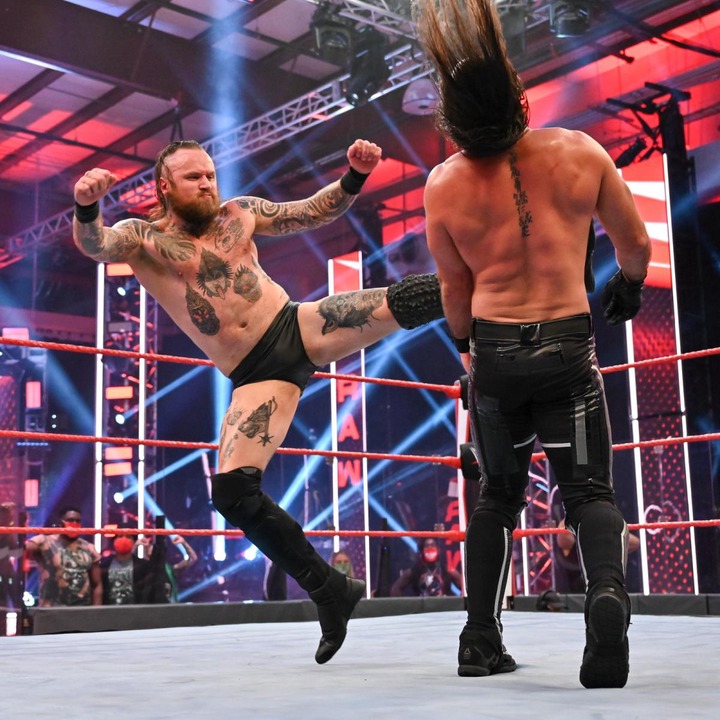 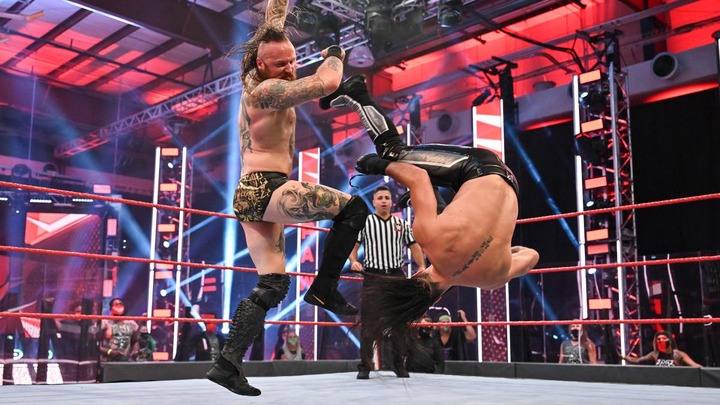 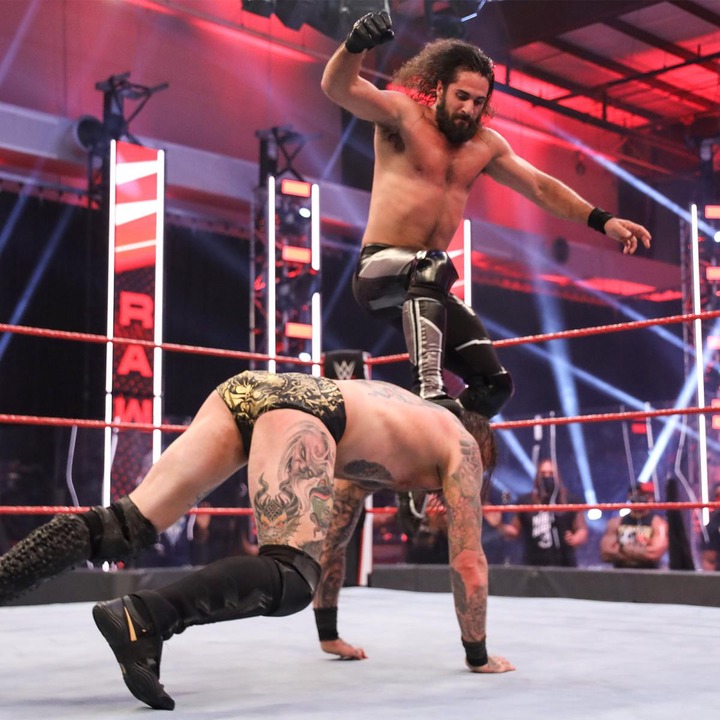 Although he admitted that the Eye for an Eye Match’s shocking conclusion made him sick, The Monday Night Messiah showed no remorse for what he did to Rey Mysterio, blaming the WWE Universe and Mysterio for what happened. That infuriated Aleister Black, who quickly arrived with payback on his mind, first taking out Murphy before going after Rollins.

Though Black fought valiantly, Rollins emerged victorious after a vicious Stomp. Rollins and Murphy continued their assault on Black, targeting Black’s arm, slamming it into the ringpost, then repeatedly smashing it into the commentary table before Stomping it into the arena floor, forcing Black to watch. All the while, Rollins screamed a question the WWE Universe wants the answer to: “When is enough enough?” 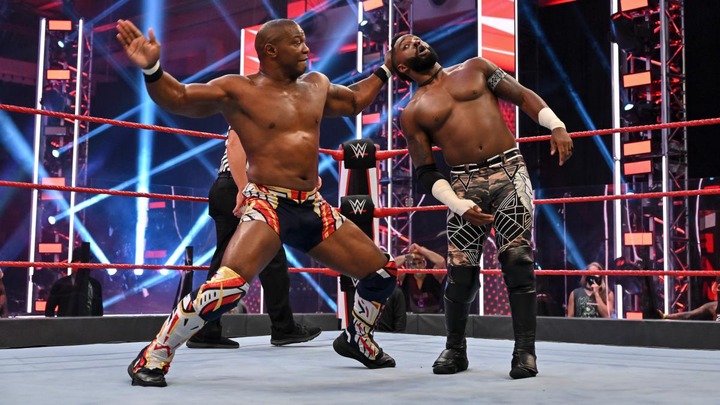 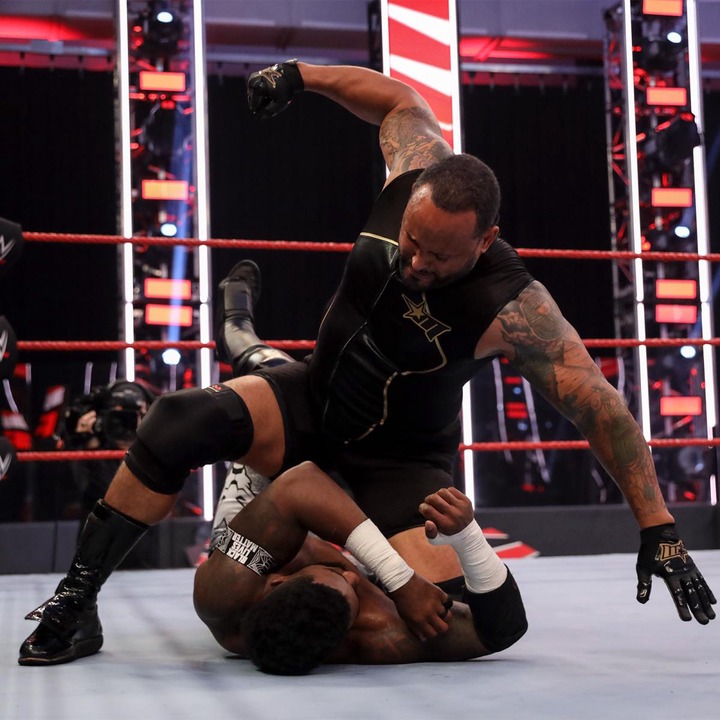 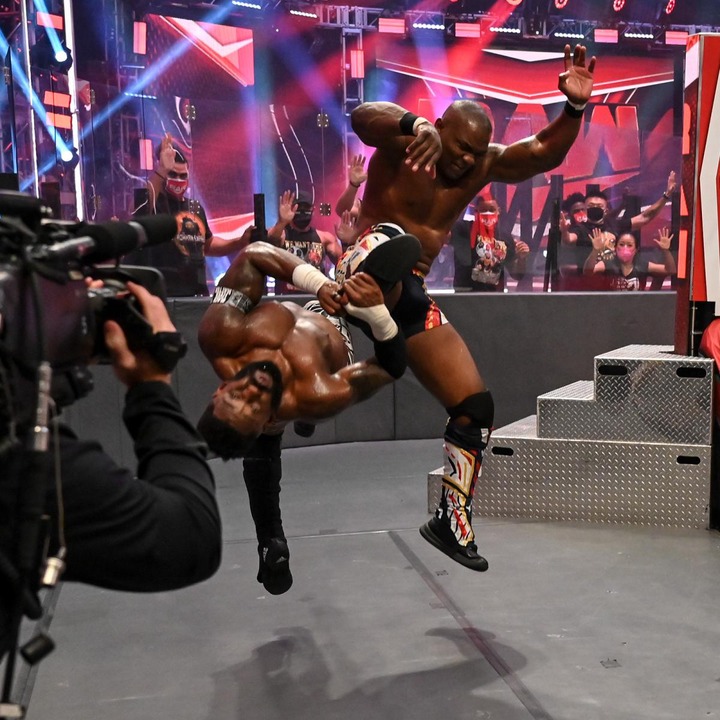 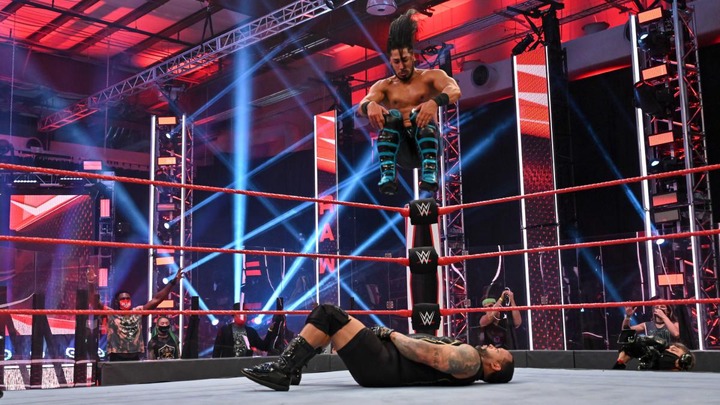 MVP sought to gloat once again after declaring himself the true United States Champion at The Horror Show at WWE Extreme Rules last night. But while Apollo Crews was still unable to compete, that did not mean that Ricochet & Cedric Alexander came alone for their scheduled Six-Man Tag Team battle. In their corner was the returning Mustafa Ali, who soared to victory, pinning MVP with a dazzling 450 Splash. 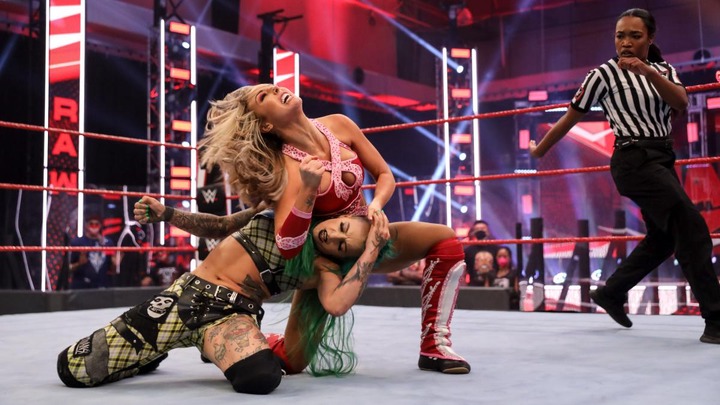 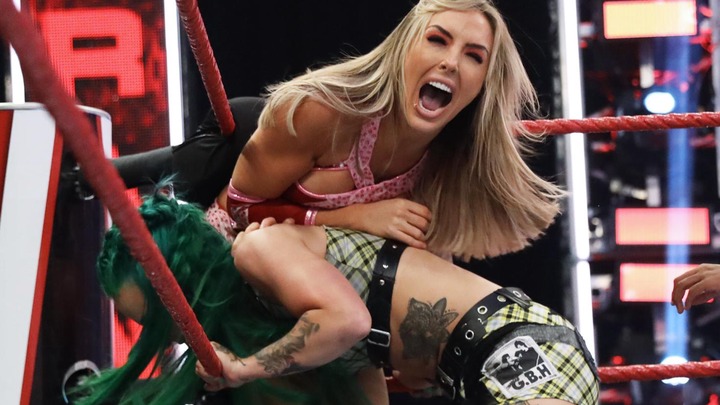 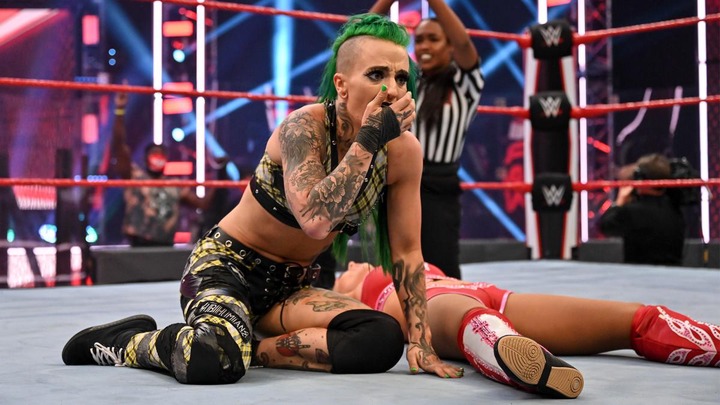 After weeks of being tormented by The IIconics, Ruby Riott finally proved she can get the job done on her own, putting Peyton Royce down for the three-count with a Riott Kick. 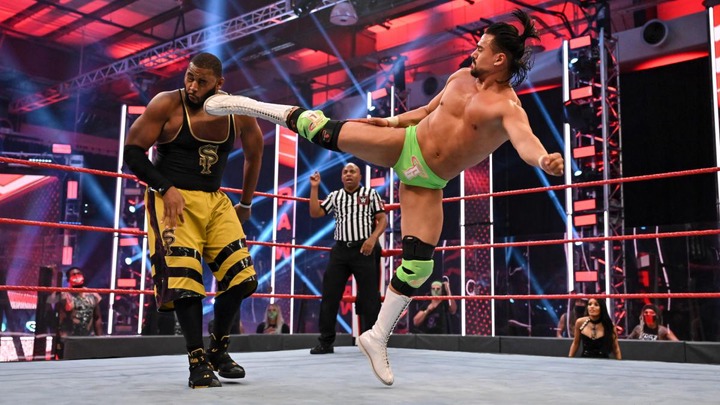 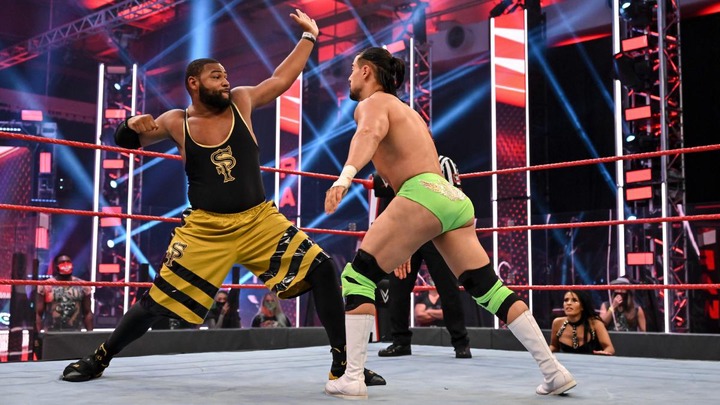 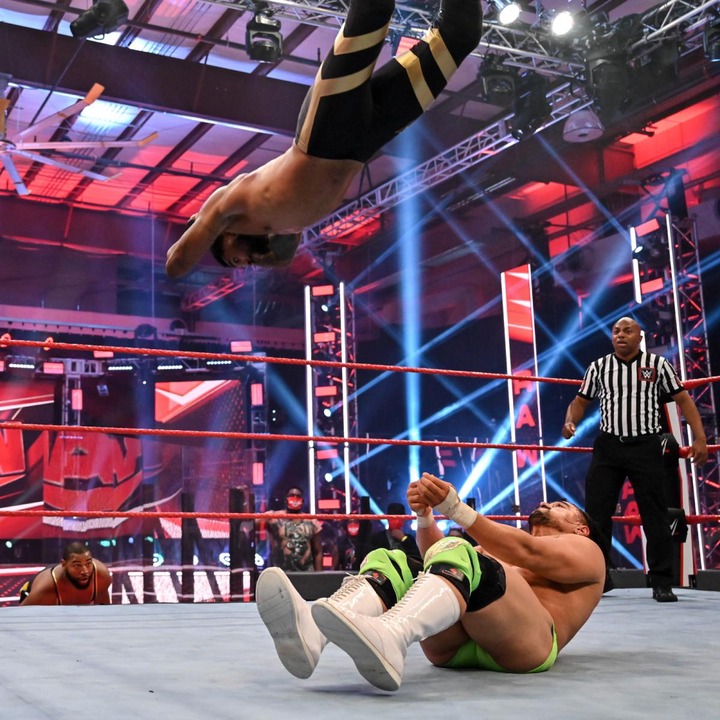 After getting dropped by the Raw Tag Team Champions in the backstage area, Andrade & Angel Garza were furious at the outset of the match. However, The Street Profits brought the smoke and could not be stopped. Montez Ford fought out of Garza’s clutches, knocked him from the top rope and connected with a breathtaking Frog Splash, changing directions in mid-air to get the win.

5. Stephanie McMahon made a huge Raw Women’s Title Match for next Monday 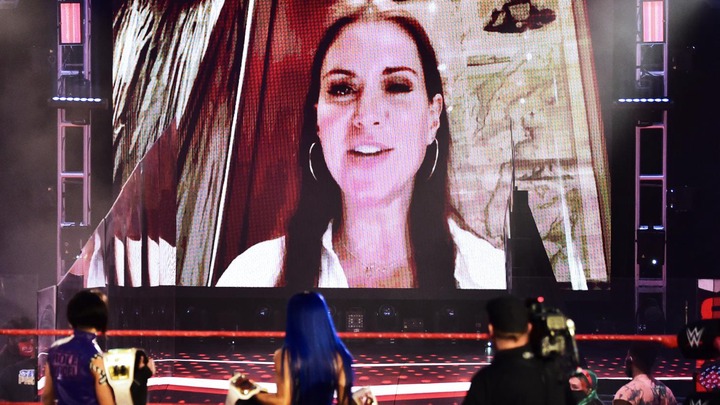 WWE Women’s Tag Team Champions Sasha Banks & Bayley arrived on Raw ready to celebrate after the controversial ending to The Boss’ match with Asuka at The Horror Show at WWE Extreme Rules, which saw Bayley don the referee’s shirt and count Banks’ pin over The Empress of Tomorrow. Sasha then took the Raw Women’s Title as they left the building.

But Asuka & Kairi Sane were not standing for it, and they interrupted with intentions of taking The Empress’ title back. However, Stephanie McMahon put a stop to any potential donnybrooks, announcing a huge title match between Asuka and Banks for next Monday to determine the true Raw Women’s Champion. And to ensure that there is a clear winner, the title can change hands by pinfall, submission, count-out, disqualification, or if anyone interferes. 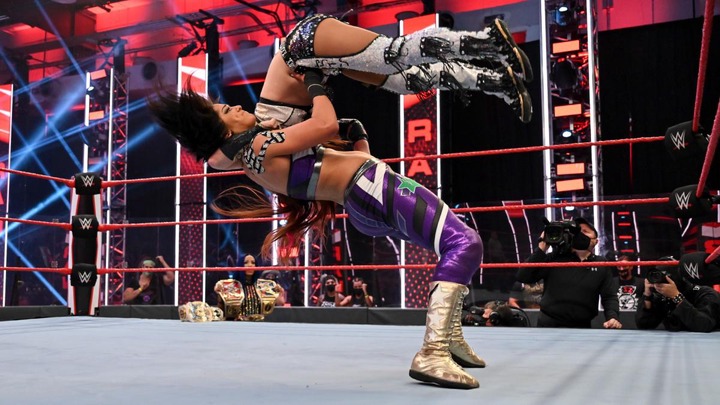 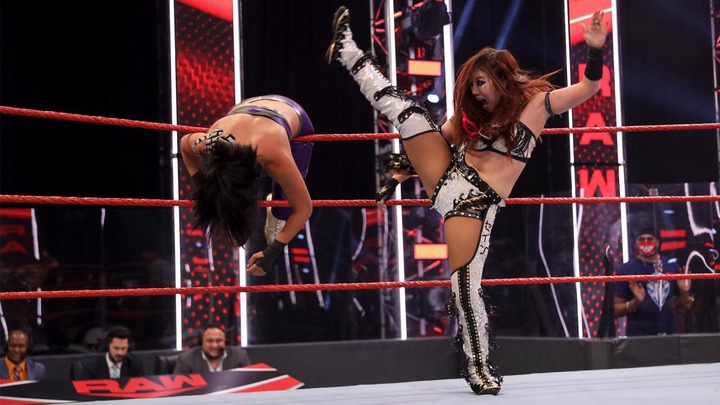 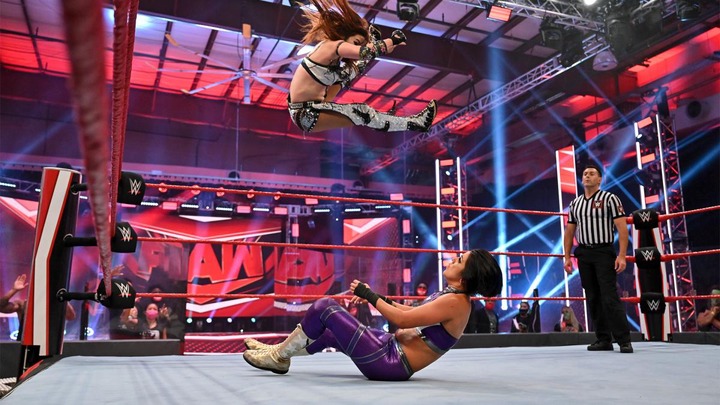 SmackDown Women’s Champion Bayley thought she had things under control against Asuka’s tag team partner Kairi Sane in their one-on-one battle, but as she went for the Bayley-to-Belly Suplex, Sane wriggled free and rolled up Bayley to notch a surprise win. 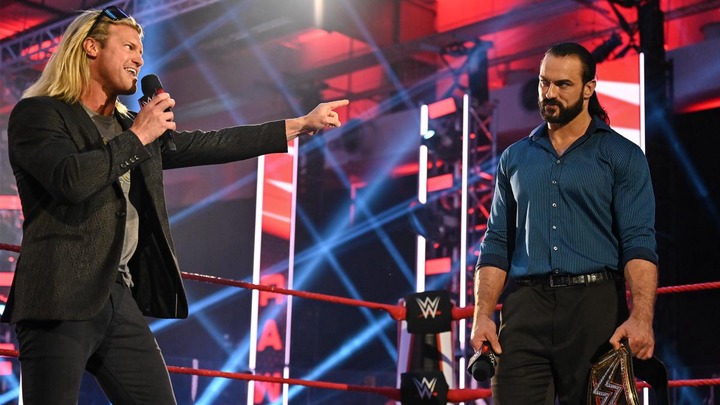 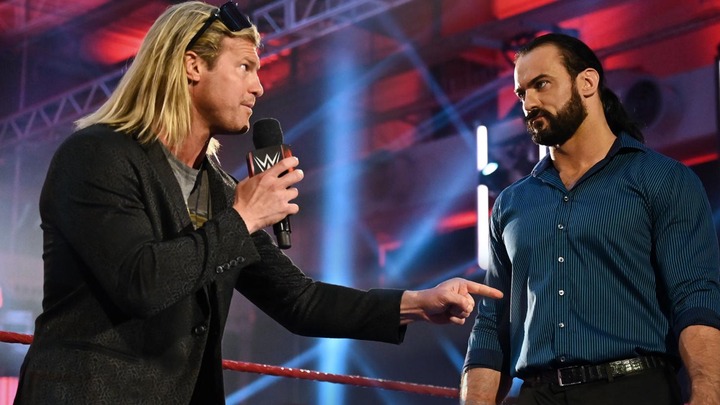 After overcoming the odds against Dolph Ziggler at The Horror Show at WWE Extreme Rules, WWE Champion Drew McIntyre turned his attention toward SummerSlam, asking for a worthy opponent. Instead, The Showoff arrived, asking for a rematch. Initially, the champion declined and dropped Ziggler with a Glasgow Kiss. But when Ziggler said he’d let the champion name the stipulation, McIntyre’s interest was piqued. The WWE Champion granted Ziggler his wish, but when The Showoff asked what the stipulation would be, McIntyre gave him a taste of his own medicine, saying he’d pick it right before the bell rings. 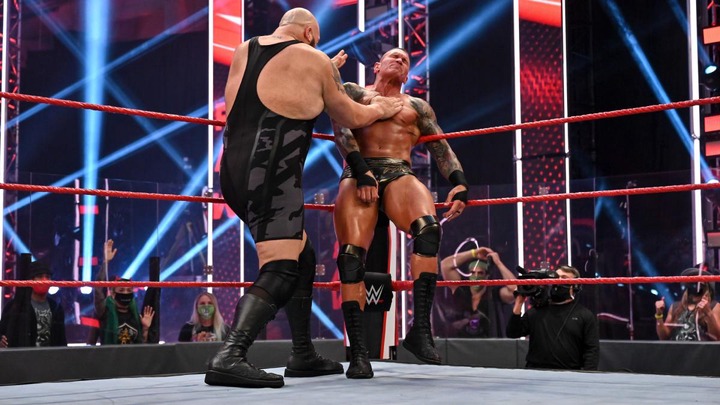 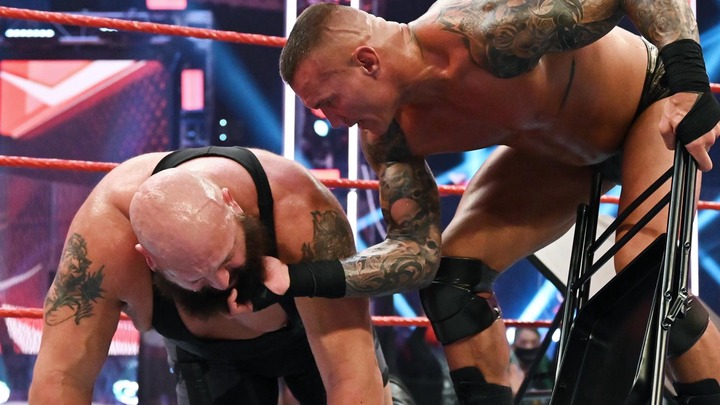 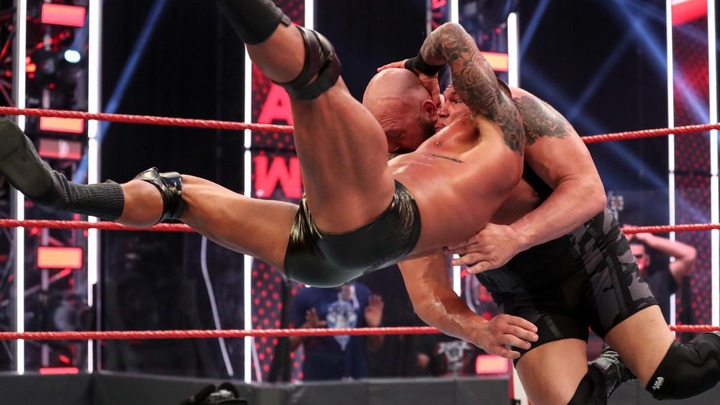 While Big Show was fueled by vengeance, Randy Orton proved to be as cunning as ever in this anything-goes Unsanctioned Match. Though Big Show went crashing through a table after Orton evaded a splash on the ropes, he still had enough wherewithal to kick out of an RKO. But that would not be enough to survive a steel chair attack from The Viper. After repeated blows with the chair, Orton connected with a DDT off the ropes, then put the giant down with another RKO for the three-count. But the final bell would not be the end of The Apex Predator’s assault. He stalked his prey after the match, lining up Big Show for a devastating punt. A smile crossed The Viper’s face as he had one last message for The World’s Largest Athlete: “One more legend down.”