By BolAji (self media writer) | 2 years ago 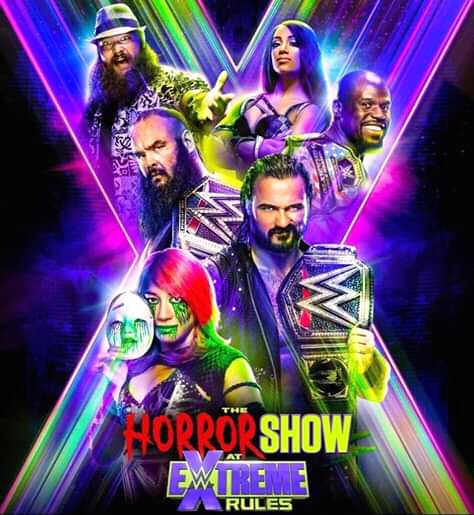 The WWE company have been running their show without audience for four months in in between then, we've witnessed four PPVs but this Extreme Rules which held yesterday is considered to be the worst and this is why.

The matches fought are recorded below and here is what happened.

First, our very own Nigerian wrestler Apollo crews was made to forfeit his WWE united state championship even though he was injured by bobby lashley. Is it not being done that way.

Secondly, the an-eye-for-an-eye watch between Seth Rollins and Rey mysterious turned out not as we expected. It was full of barbaric scenes and very disturbing to the eyes.

Thirdly, the RAW women's championship is a match that we don't even know the winner yet. "Asuka then blew her green mist into the eyes of the official when Banks ducked, and Bayley blasted the champion with a title. The SmackDown champion removed the referee's shirt, counted the pin and declared Banks the new champion as confusion reigned" and this is according to bleachers report.

Fourthly, the WWE championship between Braun strowman and Bray Wyatt seemed so promising but at the end, we do not even know who wins the championship.

Imagine four matches without a clear winner... What's your view on this PPV and do you like it?

Content created and supplied by: BolAji (via Opera News )