By Jossibelief (self media writer) | 6 months ago 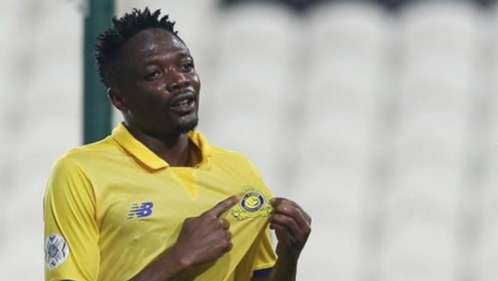 Former Leicester City forward Ahmed Musa said he joined Fatih Karagumruk on a permanent contract because of their ideology and ambition.

The Nigeria captain finalized a free transfer to the Istanbul club on Thursday and he wrote a two-year deal with the choice of an additional year.

The move ended Musa’s short stay in the Nigeria Professional Football League where he has been sustaining his fitness at Kano Pillars.

He revealed the key details that persuaded him to join Karagumruk, who finished eighth in the Super Lig last season, and he is raring to perform for the club with his performances.

"I was very impressed with the team's perspective, style of play and it's an ambitious club," Musa BBC Sport Africa.

"I feel needed and that's what made all the difference. I want to repay that faith. I can't wait to link up with my teammates and help the club accomplish their ambitions."

Karagumruk was promoted to the Turkish top-flight in the 2019-20 season, ending a 35-year wait for a return to the Super Lig.

They will continue their preparation for the 2020-21 campaign with friendly games against league opponents Alanyaspor and Kasimpasa on July 30 and August 5, respectively.

Musa’s agent Tony Harris put in that the three-time Russian Premier League winner with CSKA Moscow had offers from other Turkish clubs but the Ataturk Olympic Stadium outfit stood out with their strategy.

“There were interest and good offers from other Turkish clubs, but Karagumruk has a remarkable philosophy and very professional strategy to it," Harris said.

"Everything being assessed, Karagumruk has a befitting playing style and I believe Musa will be very successful at the club."

Musa, however, will be seeking to make a statement at Fatih Karagumruk after his last underwhelming European campaign in 2018.

The former Al Nassr star battled to make an impact at Leicester City with a tally of two goals in 21 Premier League matches across two seasons.

Before he left Saudi Arabia in October 2020, the 28-year-old attacker won the Saudi Pro League title, the Super Cup and he also assisted Al Nassr to finish the league as runner-up.

Content created and supplied by: Jossibelief (via Opera News )