By Cee.JayEntertainment (self media writer) | 1 year ago 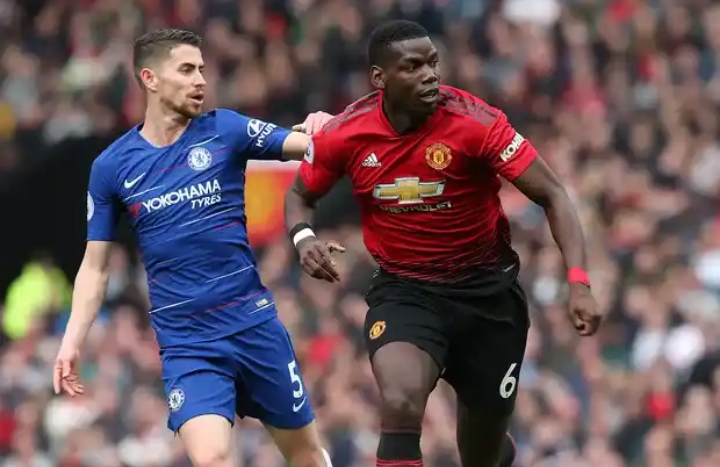 The FA Cup finals of 1994, 2007 and 2018 get a semi-final rerun at an eerily-empty Wembley Stadium. Chelsea won both of the latter finals 1-0 (W1, D1 after 90 mins), and the latter of those cup finals also completed a run of three 1-0 Chelsea wins from the last four H2Hs in this competition.Across all competitions, Chelsea come into this one after eight wins in their last ten fixtures. Their average margin of victory across those eight wins was 1.75 goals, with the last six of those wins seeing an odd-numbered winning margin.Both of Manchester United’s FA Cup ties won/drawn vs Chelsea within the last ten years have seen them lead precisely 2-0 at the interval. Meanwhile, their only prior FA Cup semi-final stage clash vs Chelsea (Mar 1996) saw them win 2-1, after a second half won 2-0 via goals inside the 46th-60th minute period.Each of Man United’s last five FA Cup ties vs Premier League (PL) opposition have seen at least one goalless half - with four goalless first halves therein. Furthermore, none of them produced a goal before the half-hour mark, though their last four FA Cup wins vs PL opponents have seen the 31st minute-HT period average 1.25 gpg.

Players to watch: Ross Barkley scored the winner for Chelsea in the last round. His last three goals have come beyond the hour mark in clean-sheet wins.Man United’s Odion Ighalo has averaged 1.5 goals across his last two FA Cup appearances.

Stat attack: Chelsea have won or proceeded to the next round in 12 of their last 13 FA Cup ties.A significant 40% of Man United’s last ten FA Cup ties vs PL opponents have witnessed both teams score.