Ziyech joins in with group training for the first time 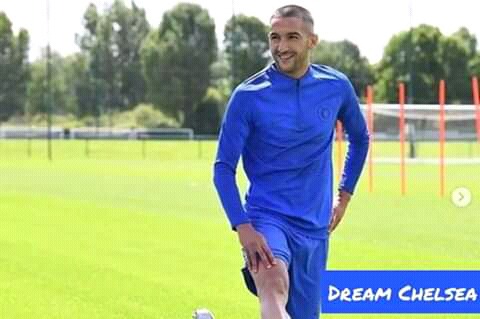 Hakim Ziyech joins in with group training for the first time since his arrival in west London. Hakim Ziyech who happens to be one of the rising star in recent football days was signed by Lampard through the aid of Marina in february during the summer transfer window after which the two window transfer ban which was placed on the London club was reduced to a single transfer window by the Court of arbitration of sports. On Tuesday after Chelsea managed to beat already relegated norwich with a scoreline of 1 to nil, thanks to a well headed Olivier Giroud strike which was as a result of a good cross from Christian Pulisic. Ziyech was seen in stamford bridge during the match and was also pictured in the dressing room where he was encouraging his new team mates as the match was vital to keep their hope of a top four spot alive.

Ziyech said during an interview after the match, he said he has waited long for the moment when he would be in London with his new team mates for over 5 or 6 months. 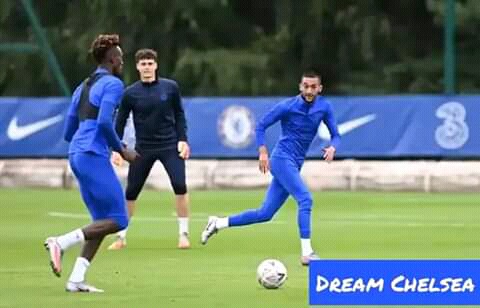 Ziyech was seen training with his new team mates as they prepare to face Manchester United in the semi final tie of the FA cup. Manchester United has really humbled Chelsea in this season has Chelsea has suffered 3 different defeats from the hands of Ole's men

Content created and supplied by: Wanda800 (via Opera News )