By Olaiyasport (self media writer) | 13 days ago

Tottenham Hotspur are in the frame to sign in-demand Inter Milan centre-back Milan Skriniar this summer.

CBS Sports report Tottenham are 'loosely' in the race for his signature, also involving Chelsea and Paris Saint-Germain. 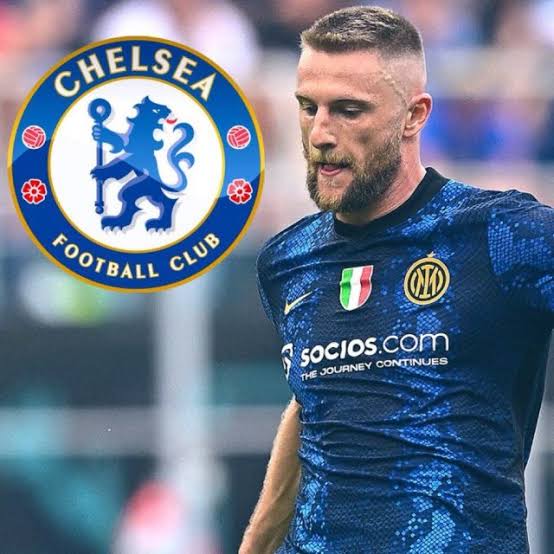 Liverpool are set to open talks with Diogo Jota over a new, improved contract at Anfield.

Sky Sports report the Reds are readying an upgraded deal to keep Jota at Anfield beyond his current 2025 expiry.

Napoli are interested in signing Chelsea goalkeeper Kepa Arrizabalaga, according to Sky Sports.

RB Leipzig are leading the race for Timo Werner's signature, according to transfer guru Fabrizio Romano.

Werner, 26, has struggled for goals at Chelsea since leaving Leipzig two years ago, scoring just 10 in the Premier League.

It's believed Juventus are also keen on his services.

Nottingham Forest target Aaron Ramsey has a "verbal agreement" in place with French club Nice, according to reports.

The Wales midfielder was linked with a move to Forest last week as Steve Cooper looked to add to the centre of midfield. That was before the arrival of Orel Mangala from Stuttgart, though, so it is unclear whether Forest remained interested beyond that stage.

Óscar Mingueza signs with Celta Vigo, medical completed in the morning - Barcelona will have a buy back option.