Manchester United's Next 4 Fixtures After The International Break

Manchester United will be involved in four interesting games after the International break, the games include the three English Premier League and one UEFA Champions League fixture for October.

Manchester United will travel to the King Power Stadium to confront Leicester City, to welcome back the English Premier League after the International break.

Manchester United will play host to Atalanta at the Old Trafford, in continuation of the 2021-22 UEFA Champions League.

Manchester United will welcome Liverpool to the Old Trafford stadium, in an English Premier League encounter. 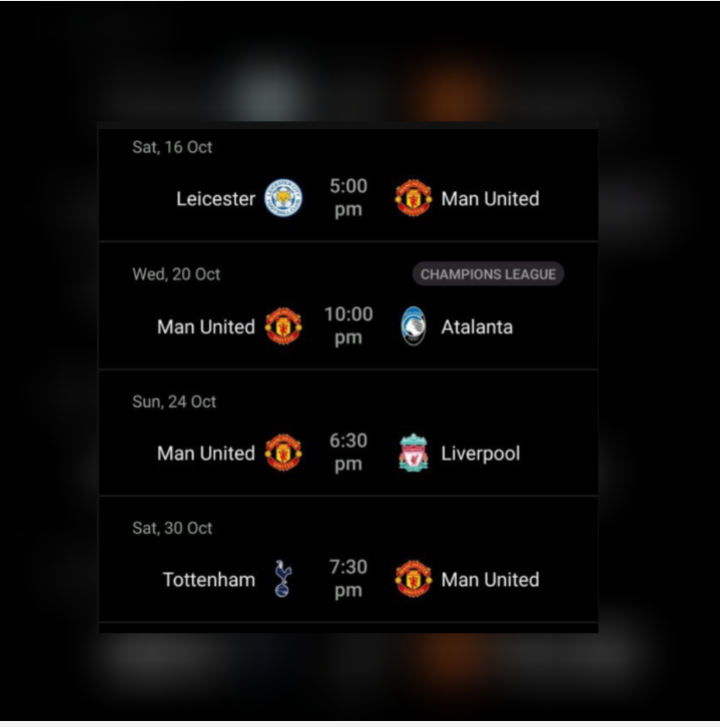 Interesting fixtures lined up for Manchester United coming up after the International break as the Red Devils will be hoping to get over their previous disappointing results in the English domestic league. Manchester United has only managed to get a victory in their last four games, which is however piling up pressure on the team.