By NewspaperReview (self media writer) | 1 year ago 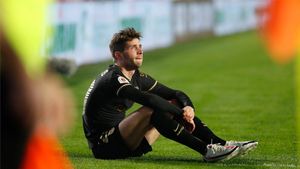 FC Barcelona issued a medical statement to inform that Sergi Roberto "has an injury in the anterior rectus of the right thigh".

The player from Reus felt some discomfort in the Copa del Rey match against Granada in the 57th minute and had to be substituted as a precaution.

Hours later, after undergoing the relevant medical tests, the player is said to have elapsed from the injury that sidelined him for two months. 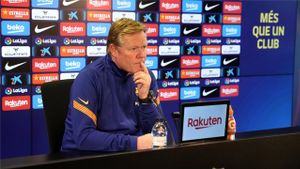 Sergi Roberto had returned to play against Athletic Club in La Liga Santander and was a starter in the quarter-final against Granada. Even so, he was unable to finish the game on Nazarí territory due to an injury that could even leave him out of the tie against PSG.

There is no optimism at the Catalan giants about Sergi Roberto's relapse. "The player's availability will depend on his progress," Barça said in a statement.

The player from Reus has the Champions League round of 16 ties marked in red on his calendar.