Uchecaria FC Bows To Enyimba FC In A Pre-season Friendly

By Chuksogbu (self media writer) | 23 days ago

The game started in a fast pace with the host team, Enyimba FC dictating the pace as expected, and created couple of chances with new signing "Pinto" mesmerizing down the flank but met a resolute Uchecaria Defense led by Chima Ezeobi.

The People's Elephants came close to the opener in the 11th minute but Uchecaria goalkeeper Inya Charles pulling off a World Class save.

After trying without success, the People's Elephants finally breached the Uchecaria resolute defense when "Pinto" sailed a fine through ball to Tosin Omoyele who slotted finely pass Inya Charles.

In the second half Uchecaria had a few chances but didn't really get to do much with it.Enyimba were awarded a penalty when Victor Mbaoma was brought down in the box, and Victor Mbaoma stood up to convert for Enyimba's second by striking pass goalkeeper Inya Charles who had his finger tips to the ball.

In the 66st minute Uchecaria goalkeeper Inya Charles was substituted for goalkeeper Chimezie Okonkwo after he appeared to have harmed himself, when in the process making a save, he stretched fully and unfortunately struck his arm on the woodwork.

Uchecaria tried to reduce the deficit towards the end of the game, with the likes of Simon Jonah, Emeka Anikpe and Chima Ogbonna causing problems for the Enyimba Defense but couldn't score.

The referee blew the final whistle to signifying the end of the friendly encounter, it ended Enyimba FC 3-0 Uchecaria FC. 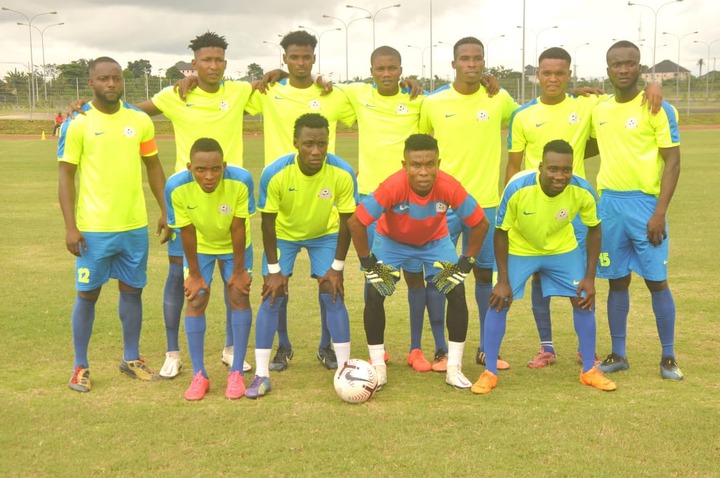 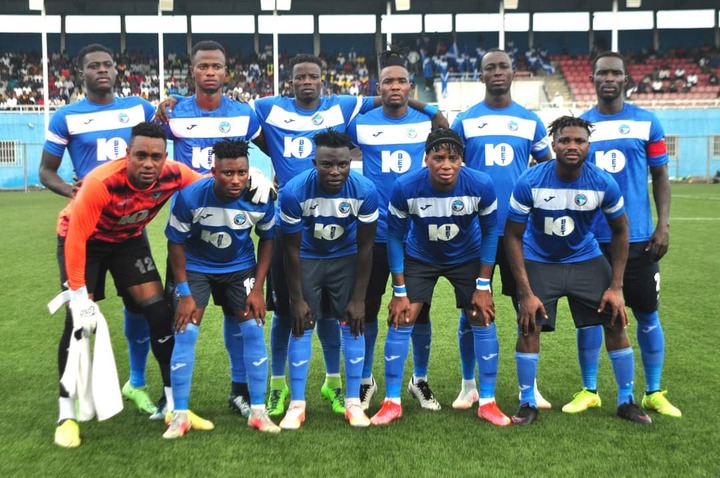