Best Center Back Pairing in The History of Premier League

There have been some really world-class defenders in the Premier League era. Whatever else you may think of the great Premier League clubs and their ability to delight (or not) with their attacking play, their centre-backs are unquestionably good. The Premier League's centre-backs have reached incredible heights, but who is the best of them all? . 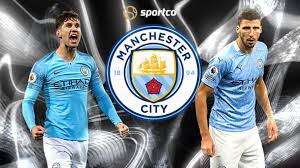 Okay, we know they won the league title and allowed the fewest goals, so why aren't they at the top? Ruben Dias appears to be a fantastic center-back, and only time will tell if he can consistently deliver, but there's something about John Stones that makes us nervous. The England international is looking as good as he's ever looked since joining Manchester City, but there's always a clumsy mistake in his game, and we're simply not comfortable enough watching him to put him and Dias in first place. 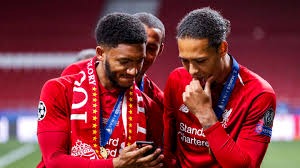 It's no secret that Virgil van Dijk's arrival at Anfield has changed Liverpool's fortunes, and the Dutchman is unquestionably one of Europe's top centre-backs. Joe Gomez has made huge strides alongside Van Dijk, and at 24 years old, he still has lots of time to improve - so why won't they on the list? 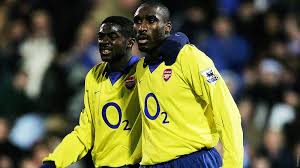 Probably not the most well-known of centre-back pairings, but these two were key members of the fabled ‘Invincible' team that won the Premier League title in 2003/04 without losing a single game. Despite the fact that the club was known for its offensive flair, there is no way a team could have kept their incredible unbeaten record without some major talent in the defense. Toure and Campbell were both teak tough and athletically gifted, making them excellent at suffocating opposing counter-attacks when their more naturally gifted colleagues surged forward. Many people may argue that other teams were better than this one, but no one can match their record of going 38 games without losing in the Premier League. The Gunners' last truly good centre-back pairing was Toure and Campbell, which helps to understand the North London club's troubles over the last decade or so. 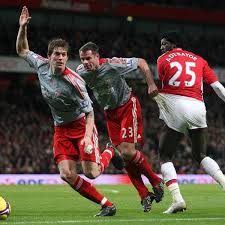 During the Premier League era, Agger was one of the best central defenders Liverpool had on their books. Early difficulties adjusting to the league were convincingly overcome, but injuries would present new challenges.The Dane was a defender who would have gone in nicely with most teams' current tactics, which employ their defenders to initiate passing plays, and he was a defender who fit the Liverpool tradition in this regard. The ball-playing, left-footed Agger provided a good counterbalance to the tough battling defense of Carragher and Martin Skrtel. 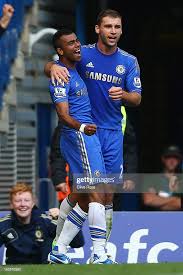 Chelsea fans remember Ashley Cole and Branislav Ivanovic fondly to this day. The pair formed a powerful defensive tandem in the Premier League, where they spent nearly six years together. In 2006, Cole joined Chelsea from north London rivals Arsenal, while Ivanovic joined from Moscow in 2008. They each brought unique skill sets to the game, making Chelsea a significantly more formidable unit. Ivanovic was recognized for his incredible strength as well as his aerial prowess. Despite being a defender by trade, he had a history of finding himself in the middle of goals on a regular basis. Cole, on the other hand, was recognized for his quickness and dexterity in the water. In the 2009-10 season, the duo won one Premier League title and two FA Cup titles together. They also won the UEFA Champions League in 2012, albeit Ivanovic was forced to miss the final due to suspension. The next year, they again won the UEFA Europa League. 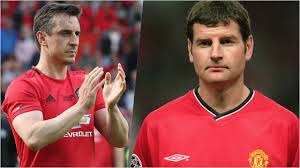 Denis Irwin and Gary Neville are two of Manchester United's true legends. Irwin and Neville were fixtures in the United defense for about ten years after taking up places on the left and right wings, respectively. Despite the fact that they were not the favoured starting players throughout their stay with the club, the combination achieved significantly more than any other Premier League pairing in history. Irwin played at United for 12 years, whereas Neville played for United for 19 years. Irwin came from Oldham Athletic, while Neville was a member of the illustrious 'Class of 92.' They have a combined total of five Premier League titles and one FA Cup title. The fabled UEFA Champions League in 1999, in which United came from behind to win the prestigious award, was undoubtedly their most memorable triumph together. Irwin and Neville both began and played every minute of the game. Denis Irwin and Gary Neville will undoubtedly be remembered as legends in Manchester United's history, even now that they work in the media. 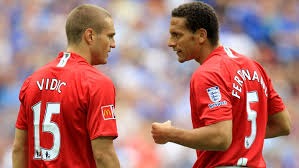 The most successful center-back pairing in United history. Before leaving Old Trafford at the end of last season, they had combined to play in over 750 games for United. Ferdinand received 11 major awards, while Vidic received ten. Their greatest achievement was defeating Chelsea in the 2008 Champions League final in Moscow. They also assisted United in reaching the Champions League finals in 2009 and 2011, and they have a combined total of 11 Premier League titles. 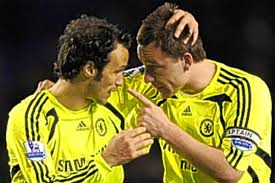 The best centre-back pairings are sometimes regarded as having an almost telepathic understanding, and Terry and Carvalho certainly had that during their six trophy-laden seasons together at Stamford Bridge. When a young Jose Mourinho took over at Chelsea in 2004, he made sure that owner Roman Abramovich purchased Carvalho from his former club Porto, despite the Portugal international defender having established himself as one of the best centre-backs in the world during the previous two seasons. Mourinho would partner Carvalho with a teenage center back named John Terry, who was just getting started on his path to becoming a true Chelsea legend and one of the greatest players the Premier League has ever seen. Terry and Carvalho struck it off right away, with Chelsea conceding only 15 goals in their 2004/05 title triumph. Chelsea won three Premier League titles and two League Cups in the six seasons they spent together at Stamford Bridge. When Carvalho followed Mourinho to Real Madrid in 2010, the collaboration ended.