Messi is gradually becoming used to the style of play away from Barcelona, but arguably, he still has not fully fitted into Paris Saint Germain's style of play. Messi was an integral part of Barcelona's team that has dominated Spanish football over the years. Lionel Messi's style of play and his movement into the opponent's box had always been a jaw-dropping performance. 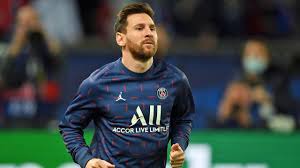 But at PSG, the presence of Lionel Messi has not been felt. Messi is a player known for his ability to breaking down the defense with his dribbling skills and speed. In his games for PSG this season, he has not dribbled as he used to do at Barcelona. One who looks very well would see that there are two things affecting the performance of Messi at PSG. There are discussed below;

Since PSG probably has no extraordinary player in the midfield, the team capitalizes on counter attacking style of football. This style works perfectly for Kylian Mbappé, who has been in a superb form this season. Messi would have been scoring goals for PSG all this while if he knows how to play a counter attacking style of football like Kylian Mbappé does.

2. The questionable tactics of pochetino; The tactics and the team formation of the coach has limited Lionel Messi from moving forward to score goals. PSG plays three players upfront, but technically, Messi is playing in the midfield. It is only Mbappé who is often seen attacking in PSG's recent game. Messi is a proven goalscorer. If the team is in order, Messi will surely score.

Leave your thoughts on this article in the comments' section.