By ZinSport (self media writer) | 1 year ago "Barcelona, which is one of the best football clubs in Europe, has become a "peewee" any small club with 10 players on the football pitch can beat. If you think am lying, ask Osasuna FC.

"Since Pep Guardiola departure from the Club in 2012, the club's board have gone on to appoint five different coaches, they are Villanova, Gerardo Martino, Luiz Enrique, Ernesto Valverde, and Quique Setien.

"Barcelona is in a fix. Barcelona is doing everything within its powers to fix the Club which could not retain five managers after eight years of Pep Guardiola's departure. The flames of Barcelona which had the ability to consume anything that comes in contact with it has become smokes; "powerless" to consume a piece of paper.

Lionel Messi and other players are not happy with the current situation of things at the club. The club has lost these five things I will mention below: "The Club has lost is identity as the giants of European football since Pep Guardiola departed in 2012. The Club which was once known by is strength in attack and midfield has become a club struggling to score goals in almost every match they played. Thanks to Lionel Messi's goals.

The identity of the Club was still intact during the time of Luiz Enrique as a manager in which they won the Uefa Champions League in 2015.

After Luiz Enrique's departure from Barcelona, the club appointed former Atletic Bilbao coach Ernesto Valverde who later killed the club identity due to his tactics and Buried by Quique Setien players inconsistency on the football pitch. 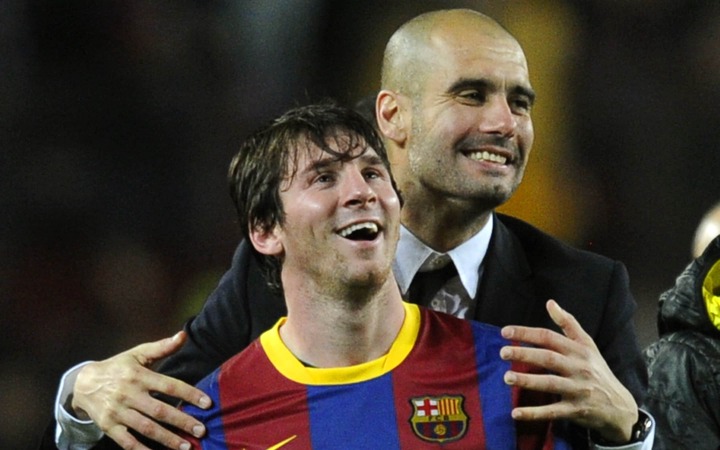 "Pep Guardiola's Barcelona embodies the possession-based approach to football. While possession doesn't always equal success, a team would be hard-pressed to win over the long-term without getting its share of the ball.

During Pep Guardiola reign as Barcelona coach, the Club had an average ball possession of 65.6% in 247 matches. Thanks to his 4-3-3 attacking formation deployed in Barcelona.

Pep Guardiola team doesn't just keep the ball. They make it count in terms of goals. Confirm it from Lionel Messi who scored 91 goals in a calendar year. "Liverpool and Manchester City are now known for their intense display on the football pitch, something Barcelona once had and lost under Ernesto Valverde, who prefers the 4-3-3 defensive approach at Barcelona compared to Pep Guardiola 4-3-3 attacking approach.

The Club is trying to wake up the sleeping giants to meet up to these demands under Quique Setien, but inconsistency on his path is making this unachievable. When Pep Guardiola joined Barcelona senior in 2008, he promoted so many young players such as; Lionel Messi, Andres Iniesta, and Sergio Bousquet to the first team and drove away older Players such as; Gianluca Zambrotta, Giovanni dos Santos, Deco, Edmilson and Gucho Ronaldinho. Barcelona has failed to develop young players, instead, they chose to buy already made players from other Clubs with big money.