Edouard Mendy was the Man between the sticks during Chelsea league encounter with Norwich City at Lunchtime on Saturday in Stamford Bridge. The Senegalese Shot-stopper watched from the far posts as his teammates put 7 goals inside the net of the West London Visitors. 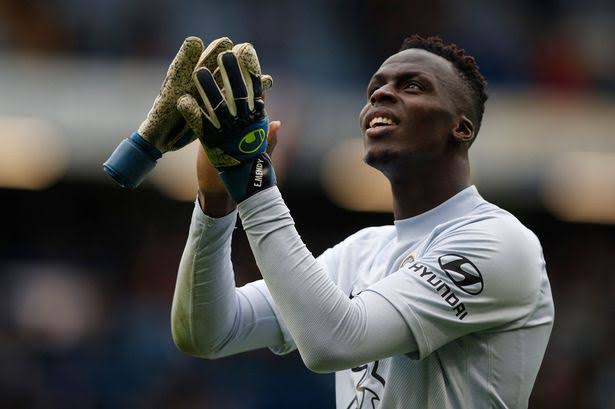 The clash with Norwich City wasn't about whether Chelsea would win or not, it was about the number of goals the Blues were going to score and whether they will walk away from the pitch at the end of the game with a clean sheet.

Despite the absence of Romelu Lukaku and Timo Werner who were both sidelined because of the knocks they sustained in the previous encounter against Malmo, Chelsea scored 7 goals with 4 different Goalscorers. 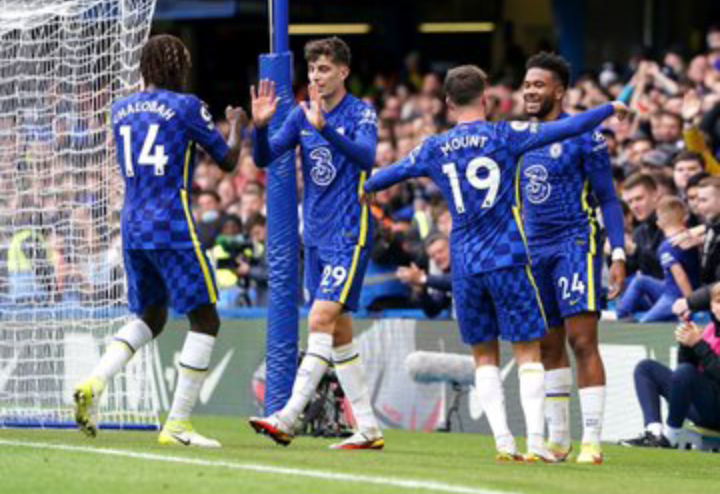 Mason Mount hit an hat trick while Callum Hudson-Odoi, Reece James and Ben Chilwell also got one goal each. The Match which was favouring Chelsea could have ended with the Blues conceding a cheap goal against a weak team if not for Edouard Mendy.

The 28-year-old didn't have much to do in the game because he only faced one shot but that shot could have cost the Blues their clean sheet. 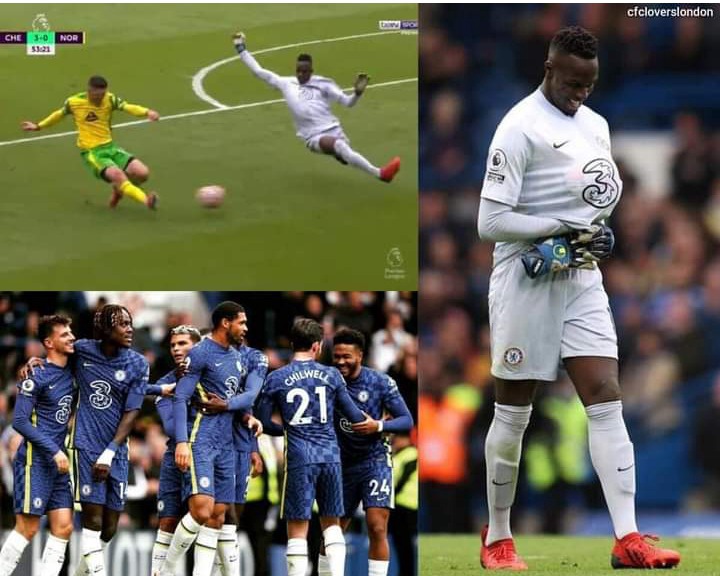 During the second half of the encounter against Norwich City, the Ball deflected off a Norwich Player, beat Thiago Silva and was in the strides of an opposition player who took the ball and charged towards Chelsea goal. 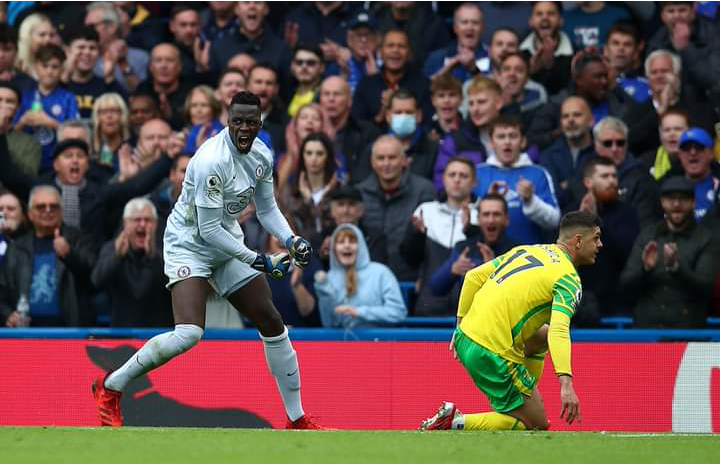 Edouard Mendy sensed the imminent danger and came out to faced it head on. In a classic Central Defender style, Mendy went low and blocked the shot with his leg. His passionate reaction when he got up after making that clearance was priceless. 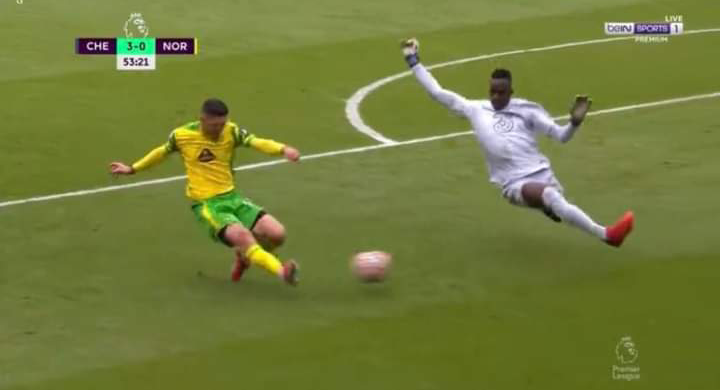 Edouard Mendy didn't do anything apart from that in the game but he still maintained focus in the game which allowed him to pull off a world class save the only time he was tested. 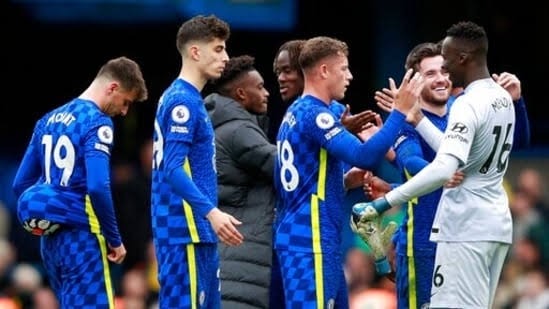 With the clean sheet that Chelsea got against the Canary, the Blues now have 5 clean sheets in 9 League games this season, the highest in the English premier league so far this season.