By ToluT (self media writer) | 10 months ago 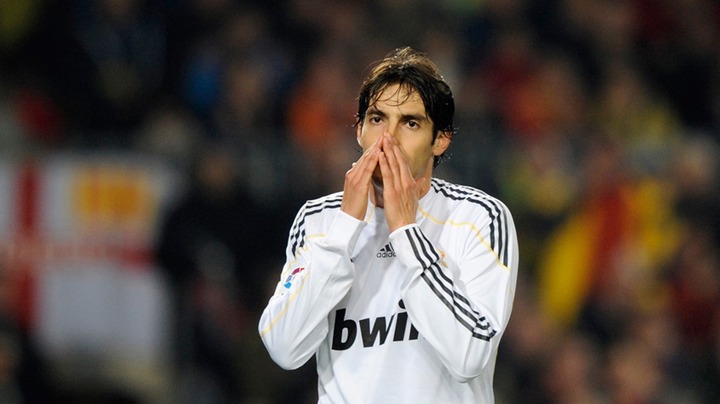 Every club has hits and flops, and the biggest club in recent decades is no exception. Real Madrid has a controversial management style, their zero-tolerance policy towards players and managers has seen a lot of talent coming and going.

While Real is a dream destination for a number of footballers, it has ruined or dismantled the path of quite a few big names as well. Real Madrid may be the career high of one, but some of them came down during their tenure at the Bernabeu.

Here is a collection of 5 players who regret wearing white to Los Blancos:

To quote him, "In 2009 I received the offer from Real Madrid, but after this move I was completely destroyed because I could not recover what I did to Milan. I was completely lost. In Italy everyone loved me, but in Spain everyone wanted me to leave."

If it does not sum up his stay in Spain, the following will be. After winning the prestigious Balloon d'Or in 2007 and then finishing as a finalist for the next two seasons, he decided to move on. He won everything possible at the Italian club and wanted a new challenge.

A challenge was, with the arrival of Cristiano Ronaldo and Mesut Ozil, Kaka was forced to the sidelines, warming up the benches for most of the following seasons. Injuries also played a role in the destruction of one of the most promising careers. He wore the white of Madrid a total of 85 times in league competition, scoring 23 goals before returning to beloved Milan.

The last English player to win a Balloon d'Or received the number 11 shirt in Real. He was revered at Anfield, where he averaged a goal in almost every game, until his controversial move to Madrid in 2004. Disrupted by injuries and competition for places like Raul, Owen was released the following season. Owen played 8 years of football on both sides of his Real period, scoring 158 goals before and 48 after, which showed an indication of what the move and injuries have done to his career.

Sahin arrived for a fee of 9 million euros after winning the Bundesliga player of the season. His time in Spain was disastrous, he made only four appearances and failed to score a single goal. He was then loaned to Liverpool where he was flattered to defraud before being sent to pack back to Dortmund, who signed him permanently in 2014. Despite his return to Germany, the Turkish international never hurt his move, and served mostly as part of it. Actor, before being sold to Werder Bremen.

He is certainly a legend of the game, but a legend of Manchester United. He was a world-class right-handed player for United, Madrid pushed Beckham to a key position in his second season at the club, playing him alongside Figo and Zidane in a 5-3-2 formation. It can be argued that it characterizes Beckham's best feature, his ability to move from wide areas. Beckham came to Real as a candidate for World Player of the Year, and left, 32, for the MLS.

He was a sensation at Ajax and was selected by Madrid for 20 million euros. His 8-goal balance in 20 games was considered unsatisfactory and was transferred to Milan only a season later.