By tslimfitnews (self media writer) | 1 year ago Leverkusen star Kai Havertz wants to join Chelsea next season despite interest from the likes of Manchester United and Real Madrid, according to reports in Germany.

The German midfielder has wowed fans in the Bundesliga this campaign after netting 18 goals and helping his club to a top five finish.

His standout season has turned a number of heads across Europe and it appears unlikely Leverkusen will be able to hang on to him after missing out on Champions League football.

And now the 21-year-old has made the decision to move to Stamford Bridge ahead of other potential suitors, according to German outlet Kicker, via the Sun. Havertz is showing a huge amount of maturity in his performances after emerging in the top flight at the age of 17 - becoming the club's youngest debutant.

His displays have made him one of the most sought-after players in the continent and the report adds he has already informed Leverkusen of his desire to leave - with Chelsea his preference.

Blues boss Frank Lampard has already added one highly-rated German star to his ranks after winning the race for £53m striker Timo Werner from Leipzig.

Frank Lampard hopes an injury-free Ruben Loftus-Cheek will be like a new signing for Chelsea next season.

We already have Hakim Ziyech and Timo Werner on board for next term and tit is expected that we will seek to carry on spending over the summer in order to land a few new recruits – but Lampard expects one of his existing homegrown talents to enjoy a new lease of life.

Asked if a fully-fit Loftus-Cheek will be akin to a new recruit next season, Lampard replied on the club website: “I hope so. It’s difficult for Ruben right now, because of how long he’s had out, because of the stop-start of lockdown and the restart. But he’s worked really hard to get where he is right now. In terms of his body and his fitness, we have to give him a little bit of credit and time.

“These games now, he started against Norwich, he’s made little impacts along the way. It may look like that for him in these next few games. But what I want is a Ruben firing straight out the blocks for pre-season and next season.”

Loftus-Cheek is a really good player that has been plagued by injuries, so if he can stay free from that, he will surely start progressing at the level that many in the media are hoping he gets too. 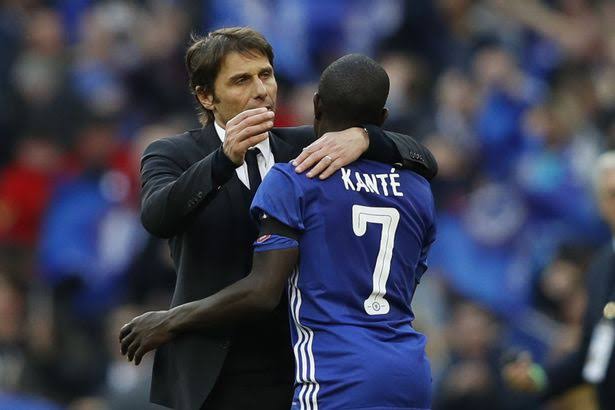 Following earlier reports that Inter Milan were monitoring N’Golo Kanté’s situation at Chelsea, now, according to Corriere dello Sport (via Sport Witness), the Nerazzurri have placed Kante in the “front row” of their plans.

This is to appease head coach Antonio Conte, who, despite a plethora of options at his disposal, wants a top-tier midfielder — and one who isn’t washed up yet, such as Arturo Vidal or Radja Nainggolan, who have also been linked. As we know, Conte always wants the best, and Kanté is the best of the best.

Unfortunately for him and fortunately for us, Chelsea still (and probably always will) have a role for Kanté to play. The Conte-Kanté pairing is a good dream to have — Chelsea’s 2016-17 title is proof of that — but it’s unlikely to become reality again. Before his most recent (minor) injury, Kanté had been playing every minute for Frank Lampard in Project Restart, has three more years left on his contract, and, as far as we know, is perfectly happy at Chelsea.

Content created and supplied by: tslimfitnews (via Opera News )