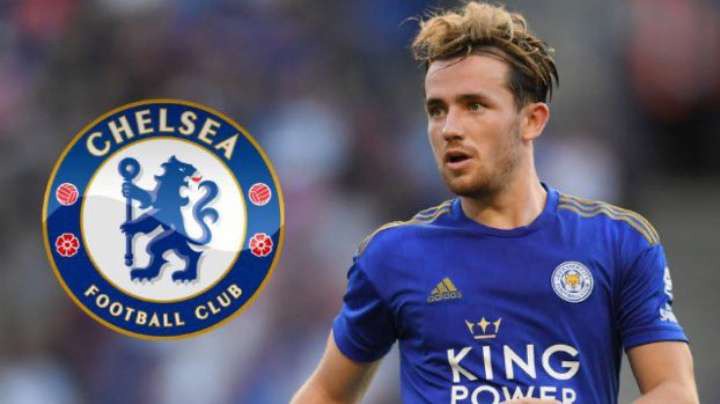 Chelsea are reportedly considering bringing a new central defender to the club during this summer's transfer window.

The Blues currently sit third in the Premier League table, while they will have the chance to book a spot in the FA Cup final when they face Manchester United in the semi-finals on Sunday.

Frank Lampard's side have had their problems defensively this season, though, conceding 49 times in the Premier League, which is only the 11th-best defensive record in the division.

According to Goal, Chelsea 'are increasingly considering' bringing a new centre-back to Stamford Bridge to boost their squad ahead of the 2020-21 campaign.

The report, meanwhile, claims that neither Antonio Rudiger and Andreas Christensen have been offered new deals by the club, which has placed their futures in doubt.

The London club have already secured deals for Hakim Ziyech and Timo Werner ahead of next season, while they also continue to be linked with Leicester City's Ben Chilwell. Chelsea boss Frank Lampard has warned his players to be wary of Manchester United's ability to win penalties when the two meet in the FA Cup semi-finals on Sunday.

The Red Devils have won a staggering 13 penalties in the Premier League this term, equalling the record for the number to one team in a campaign, and have been on the receiving end of a few favourable VAR decisions since the restart.

The Blues themselves have conceded two spot-kicks in their three meetings with Ole Gunnar Solskjaer's side this season and when asked about the threat of the United players inside the area, Lampard replied: “They [his players] have to be careful because when players of such high level, quality and speed of the United forwards travel quickly, you have to move your feet and not dive in on them.

“That’s an important part of defending at any point in time, but especially when you understand the qualities of the opposition with players like that. And [Bruno] Fernandes, to be fair, because he’s very clever in his movement," he added, quoted by The Telegraph.

Bruno has enjoyed a majestic run of form since his January arrival, securing back-to-back Player of the Month awards, and he himself has converted four spot-kicks - with his earning of a penalty at Aston Villa drawing particular controversy and debate.

Lampard added: “We saw that at Aston Villa, to make something feel like a penalty where maybe it even isn’t. The players don’t have to give that. We can talk about VAR decisions and whether they’re right or wrong, but if a player is going to dangle a leg and not move their feet, then you obviously do leave yourself open to penalties, VAR or no VAR.” Chelsea have been dealt a blow in their pursuit for a new left-back this summer, with Leicester not willing to listen to offers for Ben Chilwell.

The England international has been on Frank Lampard’s radar as a potential replacement for Marcos Alonso. A previous report from the Evening Standard stated the Foxes would only be looking to sell the 23-year-old if they received a similar amount to the £80million paid for Harry Maguire. They then decided they would accept closer to £50m due to the financial impacts of pandemic.

However, according to ESPN, Brendan Rodgers has now firmly shut the case on any speculation over Chilwell. The Leicester boss has stated they will not be selling the defender this summer.

“He’s a Leicester player, he’s not a player that I’m worried about at all,” Rodgers said in a press conference. “We’ve got a fantastic squad, one that we want to keep together.

Chelsea are looking to kit out their squad ahead of next season and have already made the first steps in their transition. New arrivals Hakim Ziyech and Timo Werner will undoubtedly transform the attack, but defence is also a problem on Frank Lampard’s mind.

The Blues may be able to convince Leicester to sell but for now, it seems Rodgers and his side are keeping tight hold of Chilwell as they too look to challenge in the Champions League.

Do you think Chelsea will be able to strike a deal for Ben Chilwell, Blues? Join the conversation in the comments below… Martin Keown has claimed that Southampton forward Danny Ings is certainly someone that Arsenal should consider as a possible target in the future.

Despite serious injury problems in his career, the 27-year-old has managed to rediscover his golden touch at St Mary’s and is now firmly in the race for the Premier League golden boot.

Ings has scored 23 goals across all competitions for the Saints this season, with 20 of them coming in the league.

The English striker saw his spell with Liverpool wrecked with injury, but he’s now proving to be one of the most effective attackers in the league and a real talisman for Southampton.

Ex-Arsenal defender Keown suggests that Ings will be receiving plenty of attention right now due to his form and feels the Gunners should be looking at him.

“Danny Ings has been outstanding. He presses really well, he’s hard working, Southampton are lucky to have him,” Keown told talkSPORT.

“If [Pierre-Emerick] Aubamyeng left would Arsenal be an option? When you’ve got 20 goals to your name then everybody is interested in you, especially if suddenly you need a striker.

“I’d be definitely looking at him as a player Arsenal should be interested in.”

Ings, who earns £75,000-a-week (Spotrac), is a striker that is proving he can score goals in the Premier League and he should now be entering the prime years of his career if he can avoid more injury setbacks.

His immense work-rate and calmness in front of goal would make him an ideal fit for Mikel Arteta’s side.

Arsenal ideally need to keep hold of Aubameyang if they can so Ings shouldn’t be a priority target, but he is someone that could fire at the Emirates Stadium and he’s making up for lost time right now.