Brock Lesnar is without a doubt the most dominant superstar in WWE history. He's also perhaps the smartest businessman in the company's history as well. He made his name with a 2-year run from 2002-2004 but quickly got burned out with the rough schedule on the road and had a heavy dependence on alcohol and pills.

After his UFC career ended due to diverticulitis, Brock Lesnar negotiated a return with WWE and has worked a part-time schedule since - one that has seen him only compete on PPVs a few times a year (with only one match on free TV that lasted all but ten seconds).

when you look at Brock Lesnar's run since 2017, he has always been involved in a World Championship feud and has been the Universal Champion and WWE Champion for the most part.

However, there have been many times where he should have lost but ended up winning anyway. Here are five such occasions.

We understand that there are two sides to the argument for this. Brock Lesnar ending the streak made him the most hated man in WWE and that led to him destroying John Cena at SummerSlam 2014 to win the WWE Championship.

The entire idea behind it was to set Lesnar off on this "monster" run that would culminate with their new Golden Boy Roman Reigns dethroning him at WrestleMania 31. We all know how that story ended.

Edge himself stated his disagreement with the decision, saying that Brock Lesnar was already established and that the ending of the streak should have gone to Roman Reigns instead.

Whether you agree or not, it's hard to deny that on some level that ending the streak in 2014 wasn't a good idea. The Undertaker has two losses at WrestleMania and that took a lot of mystique away from him.

While he's seemingly had the perfect ending, he didn't need to lose to Brock Lesnar at WrestleMania 30. We often forget that the match itself was rather dull and one of the weaker contests in an otherwise excellent WrestleMania.

The Undertaker should have won that match, or if he was always going to lose, then he should have retired then. It seems like a match that Brock Lesnar didn't need to win, nor should he have won.

2016 was a rather interesting year for Brock Lesnar. The plan for him was simple - face Bray Wyatt at WrestleMania 32, work a safe match, stay uninjured and prepare for a massive return in UFC 200.

The latter happened, but it ended with Brock Lesnar's return win against Mark Hunt overturned after The Beast Incarnate tested positive for banned substances. A few months before that, plans changed for Brock Lesnar at WrestleMania 32 and he wasn't happy about it.

With Dean Ambrose/Jon Moxley's momentum making him the hottest star in WWE, he should have been in the main event facing Triple H. Instead, he was sacrificed to Roman Reigns (a story that would repeat itself in the next couple of years) at Fastlane.

However, a match against Brock Lesnar in a Street Fight presented an exciting alternative and it was one of the most highly-anticipated matches in WrestleMania 32 that year (a card that was changed drastically due to injuries).

It ended up being an underwhelming bout with Brock Lesnar taking minimal damage. He finished Dean Ambrose in just over 10 minutes and it was a big disappointment - arguably more disappointing than the main event (which nobody expected to be good anyway).

Ambrose was in a perfect spot to beat Brock Lesnar. Given that he would go on to win the Money in the Bank briefcase and WWE Championship just two months later, it would have made a lot of sense. Lesnar didn't need the win but got it anyway.

Even before WrestleMania 33 in 2017 happened, a rumor came out from the Wrestling Observer Newsletter that WWE was going to begin a slow build to Brock Lesnar vs Roman Reigns 2 at WrestleMania 34.

Surely enough, Brock Lesnar finally defeated Goldberg and won the Universal Championship while Roman Reigns defeated The Undertaker. Over the next year, Brock Lesnar and Roman Reigns were fully established as the two biggest stars of the company - with nobody kicking out of the F5 or the spear.

They had their inevitable clash in the main event of WrestleMania 34 and as expected, the crowd didn't react too well to it. It wasn't a bad match by any means, but the outcome seemed pointless. Everyone assumed that the whole build for Lesnar's year-long Championship reign was to give Roman Reigns a WrestleMania coronation again.

Instead, Brock Lesnar won clean, leaving everyone shocked in New Orleans four years after he ended the streak in the same stadium. Reigns failed to beat him in Saudi Arabia a month later (though it was a controversial win) in a steel cage and had a rematch at SummerSlam 2018 where he finally beat him in a 5-6 minute match. Lesnar had no use for winning at WrestleMania 34 other than Vince McMahon wanting his reign to cross CM Punk's 434-day WWE Championship reign.

While one could argue that Braun Strowman should have defeated Brock Lesnar for the Universal Championship at No Mercy 2018, he was the best choice to succeed Roman Reigns in November 2018.

The circumstances surrounding the Crown Jewel match between Brock Lesnar and Braun Strowman was tragic, as Roman Reigns had vacated the Universal Championship to have his battle with leukemia.

The originally scheduled match was a Triple Threat between Roman Reigns, Brock Lesnar, and Braun Strowman, but after Reigns' announcement, it became a singles match for the vacant Universal Championship.

'Constable' Baron Corbin attacked Braun Strowman right before the bell rang and it ended up being a match that lasted a few minutes. It was a one-sided beatdown from Brock Lesnar and he made Braun Strowman look bad.

Strowman had just turned babyface again due to Reigns' unpredicted absence and was in the perfect spot to win the Universal Championship. It's incredible as to just how many missed opportunities WWE had with Strowman - with The Monster Among Men only winning the Universal Championship at WrestleMania 36 in 2020 due to the circumstances surrounding Roman Reigns pulling out.

1 KofiMania gets destroyed by Brock Lesnar

Brock Lesnar had his first match on free TV in over 15 years when he challenged Kofi Kingston for the WWE Championship on the SmackDown on FOX debut in October 2019.

When he made the challenge, it seemed clear that Kofi Kingston's dream run as the WWE Champion was going to end. Before that, Brock Lesnar was on RAW and had last lost to Seth Rollins in the main event of SummerSlam 2019.

KofiMania was arguably the highlight of 2019 and the story of a man who scratched and clawed his way to the top was one of the best that WWE had put out in years. Kingston proved to be a fighting Champion as well, maintaining his popularity - something that's quite hard to do as a babyface champion these days. 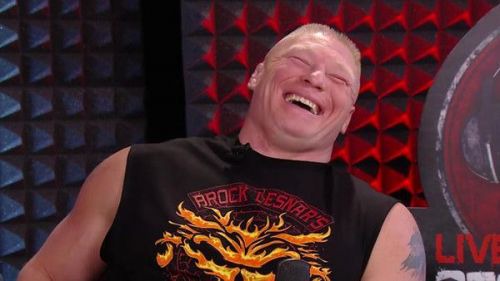 It was hard to watch as KofiMania came crashing down in just around ten seconds. It seemed to be a pointless way to end his reign. Many argued that Kingston should have won the match to legitimize his reign, but WWE never intended to have him hold the Championship for longer.