Popular Russian politician and businessman Roman Abramovich were born on the 24th of October 1966. He is one of the richest club owners in the world. According to Forbes's richest person in the world 2020 list, he is the 113th richest person in the world. Abramovich's net worth was approximately $14.5 billion in 2020. Abramovich is one of the most influential people in Russian. Apart from being a businessman, he is also a philanthropist. The Chelsea owner turns 55 years old today. 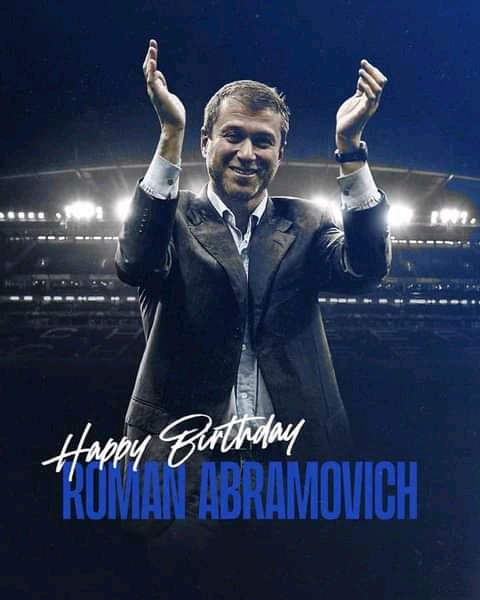 In his 18 years at the club, Chelsea has enjoyed major success. He has transformed the club into one of the best clubs in Europe. Chelsea has been able to win the sum of 20 trophies since Roman Abramovich purchase it in 2003. They have won 5 English Premier Leagues titles, 5 FA Cups, 3 League Cups, 2 Europa League titles, 2 UEFA Champions League titles, 1 UEFA Super Cup, and 2 FA Community Shields. Abramovich is very passionate about the club's success. Because of his love for Chelsea's growth, he wasted no time sacking any underperforming manager at Chelsea. He has sacked many notable football managers such José Mourinho, Carlo Ancelotti, Guus Hiddink, Roberto Di Matteo, Antonio Conte, and many more.

Here are Roman Abramovich full Achievements at Chelsea since he became the owner of the club.