It's been a very rough ride through Laliga this season as some of the minor teams upset the big ones, big teams dropping points surprisingly in some cases, but Real Madrid proved to be the best in Laliga this season as they cliched the trophy for the 34th time in their history, 8 ahead of Barcelona who has won it 26 times.

Here are a list of the relegated teams: Espanyol and Mallorca had already been relegated prior to the last match of the season. Leganes now joins them as they failed to beat the current Champions "Real Madrid" by playing out a 2 - 2 draw at home with the champions

While Villarreal qualifies for the Europa league after finishing in 5th place this season. Two teams from Spain can go into Europa league next season but that will only be if Valencia wins this year's Europa making it five to play Champions league. Getafe on the other hand continued their impressive run as they finished in the top half of the table.

Here's a run down of how the table looks like after the last match day for the season and the results.

Hopefully Real Madrid will retain their title next season. 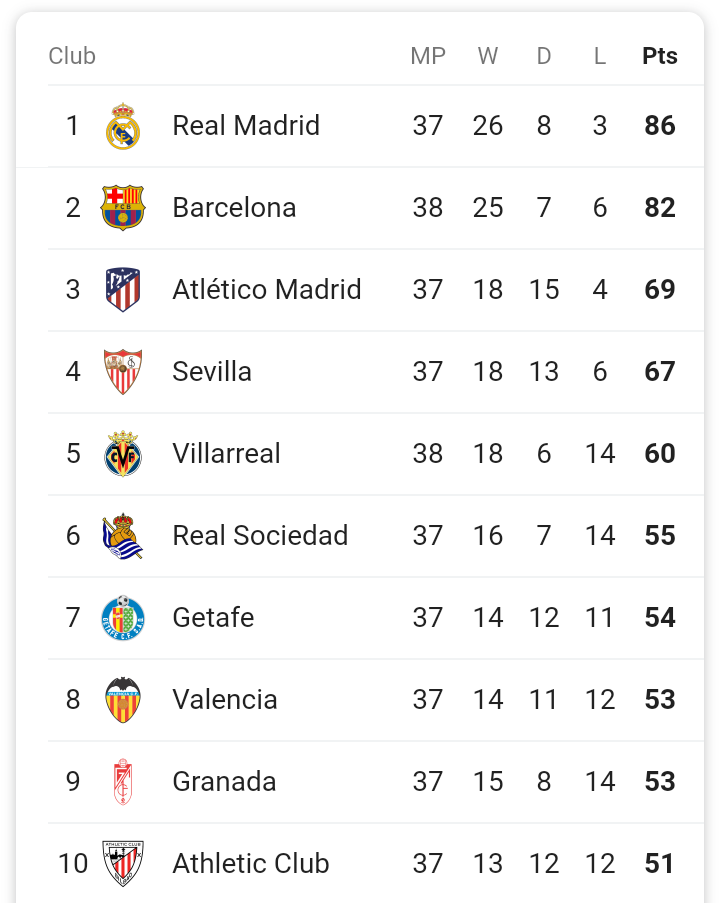 Content created and supplied by: C2J... (via Opera News )